Hands on with Call of Duty Black Ops 4’s multiplayer

I’m not the best at Call of Duty multiplayer, but I didn’t know I was THIS BAD.

At E3 last week, Sam and I got some hands-on times with Call of Duty: Black Ops IIII. The demo was strictly multiplayer, since the game is mostly that as well, and though we were anticipating seeing the changes and challenges, what we instead found was a lopsided murder episode full of camping and quickshot death.

Let me preface this by noting that I absolutely loved last year’s War Mode session at the expo. It felt fresh and well-paced, and made me function as an important part of a team. That preview shaped my expectations for the final game, including the many multiplayer modes, and was one of the reasons I kept going back to it over the holidays and Spring.

This is not that. This is right back to Call of Duty being Call of Duty, an inaccessible experience geared towards a shrinking niche audience, while the rest of us are slowly moving on to other games. Black Ops IIII feels like Black Ops III, Black Ops II, and Black Ops I, and every other Call of Duty where if you’re not a peak player already, you’re probably going to be bad.

Our demo begins with a selection screen, where we choose our class and define our loadout. With four on four play, our squad had just met — while the team we are up against already knows most of each another. There are plenty of options for weapons and adjustments, but since it’s been 2 years or so since I’ve had my hands on a Black Ops game things feel a little new to me. It’s something that over a short amount of time I’ll probably get a good handle on, but a show floor isn’t necessarily the place to learn all of it at once. My dude has blazing red hair, reminding me of any of the dwarves from Lord of the Rings, so I’m drawn to select him for that and for his strengths. 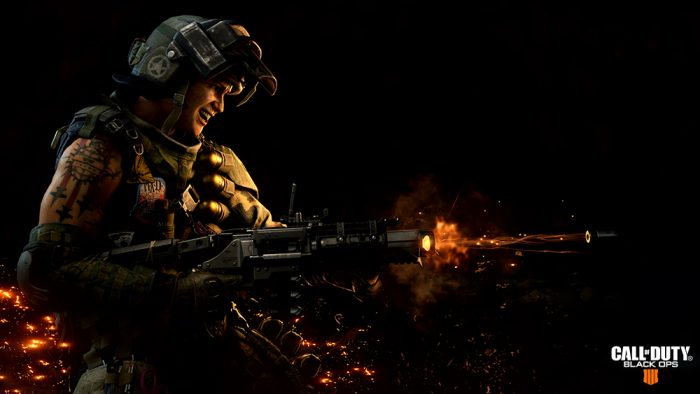 We have two matches set up, both relying on us capturing three specific points in a military-ish campus. There are empty buildings everywhere, but plenty of places for us to sneak around, multiple levels to traverse, and bridges and defense posts to maintain. It’s a nice complex, with plenty to do, and with a near future setting we’re not force to double jump or wear jetpacks to do it. It all looks great as well; the environments are crisp, the framerate is solid, and everything flows like butter.

But this is where things go downhill quickly.

No sooner do I grab the first waypoint, than two of our opponents barrel down on top of me and obliterate me. During the respawn replay I slap my forehead wondering how I missed them coming in from the right while I was ducking behind a pile of supplies.

I respawn and head back out to the same point to back up one of my teammates, while Sam goes after point B. I barely make it to the point again before I’m shot.

I opt to head for point B instead to back up the now-dead Sam and try to retake the area, but am shot on the way there. This happens several times. I may grab one of the points, but it’s never for long. Our team is constantly getting blown away by what feels like expert players. We may as well be playing with both hands tied behind our backs, because we basically end up losing based on kills, not actual capture of points. At the end of the match, the score is — and I’m not kidding here — something like 175 to 20. 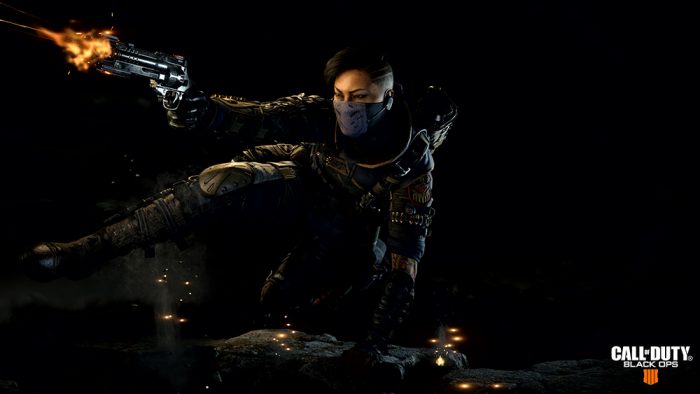 Match number two plays out a little differently, but with a similar result. I choose a female character and different class, readjust my loadouts, and jump in. I help capture outpost A, but am shot in the back on my way to B. Then when I respawn, my opponents are already there, camping at the respawn points and waiting for me to come back in. I barely last a few seconds before I’m out again. And again. And again. This is common with my team, because I’m starting to hear groans from my squadmates and murmurs of “camping…”

With most of their squad somehow already finding our respawn points, it left time for one of their team members to quickly secure all three points, and our match was over.

Call of Duty doesn’t feel fun to play in these situations. Maybe if I play with a bunch of friends or people of similar skill levels the results will be different, or at least more tolerable, but the series has increasingly felt out of reach for the slightly casual (or non regular) CoD player. The single player story modes always pulled me in when I couldn’t handle being online, and Destiny and Overwatch have since filled the gap for playing with other people. I’m hopeful that the other modes (battle royale, zombies, etc) are at least easier to get into for new players, and though I realize that BlOps 4 is aimed at a very specific audience, it could be preventing it from growing beyond that shrinking reach.