Too much and not enough, unfortunately.

The concept behind Ninjala, from publisher GungHo Games, seems like it should work. A multiplayer melee combat experience that takes the right influences from the right games can pique our interest, especially with that super cute debut trailer. But the actual hands on with the demo feels like it’s missing everything promised, instead forcing twitchy controls and minimal content into a small, confined area. Some of the coolest concepts from that trailer — the verticality, the plethora of weapons, the scale, the number of players — are still a long ways off. In fact, the demo centers around just a couple of the less intriguing mechanisms of the game, and just one of the basic free for all modes. 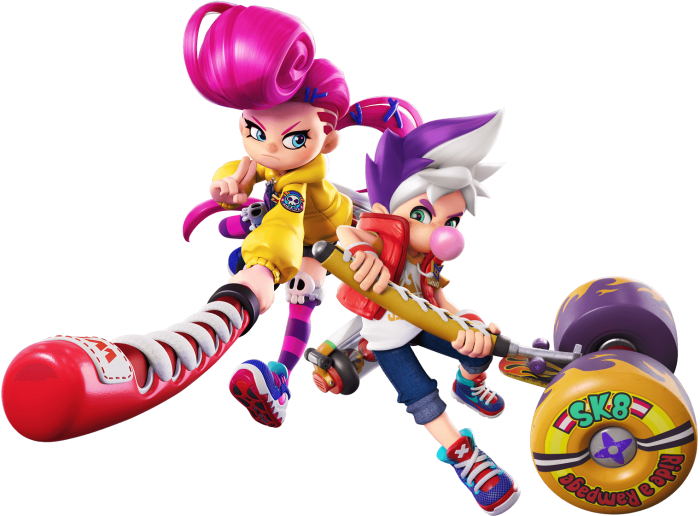 In the game, players control super-cute ninja kids with bubble gum guns. All the characters are meant to be unique and have a little bit of their own style and personality, as opposed to Splatoon’s customizable squid kids. During my demo, I choose a character strictly on style alone and jump into the 4 player free for all. Our arena is relatively small, just a cordoned off street intersection surrounded by a barrier, with none of the ability to try out the vertical movement seen in the trailer. The PvP multiplayer requires we smack people with an inflatable baseball bat or shoot bubbles at each other, all in hopes of racking up the most points. If we hold down the trigger, we can blow a larger bubble and launch it at an opponent, which both stuns them and lets us rack up a ton of points on the process.

Though it should all be straightforward, the execution doesn’t quite match. 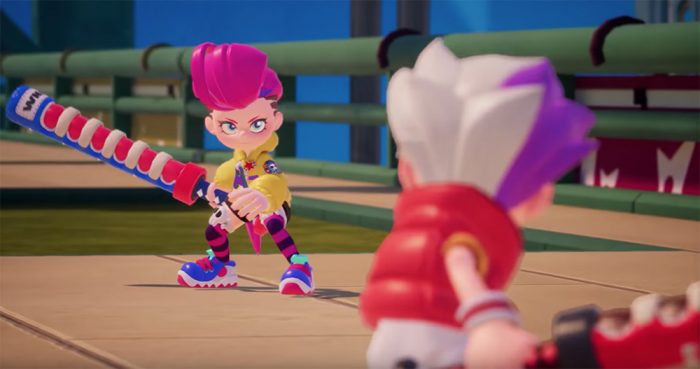 For one the bubbles are slow, and get slower the larger they are, so launching them actually slows us down and leaves us open to retaliation should we miss. It’s easy to miss a lot, too, since characters are all fairly quick, and we find ourselves soon giving up on the bubbles completely. However, the bats are somewhat slow too, so if we whiff then we’re not doing ourselves any favors. We can pull off a ninja special move if we stun a player, but it takes a lot of set up and preparation, and takes us away from shooting and attacking. It’s all pretty uninspired and frustrating, and difficult to enjoy.

The scoring structure is bad, too. You can be a quick shot and hit enemies with dead-eye precision over and over but only rack up a few points, whereas all it takes is for one person to hit a big bubble and gain hundreds (thousands?) of points with a lucky shot. To top it off, the game follows a Mario Party like post-game scoring system, where a player can gain huge points after a match just for being lucky. During our match, I was neither lucky nor a decent shot (thanks, controls) and ended up in last place. Now, I’m pretty decent at Splatoon and other quirky third-person arena battlers, but here the disparity in skill can be massive, relying on rubber-banding to even things out instead of accessible play.

This all adds up to a messy experience that is neither enjoyable nor cute. Ninjala doesn’t launch until 2019, so there’s hopefully plenty of time to correct these issues and really open up the experience to what the trailer presents to us.