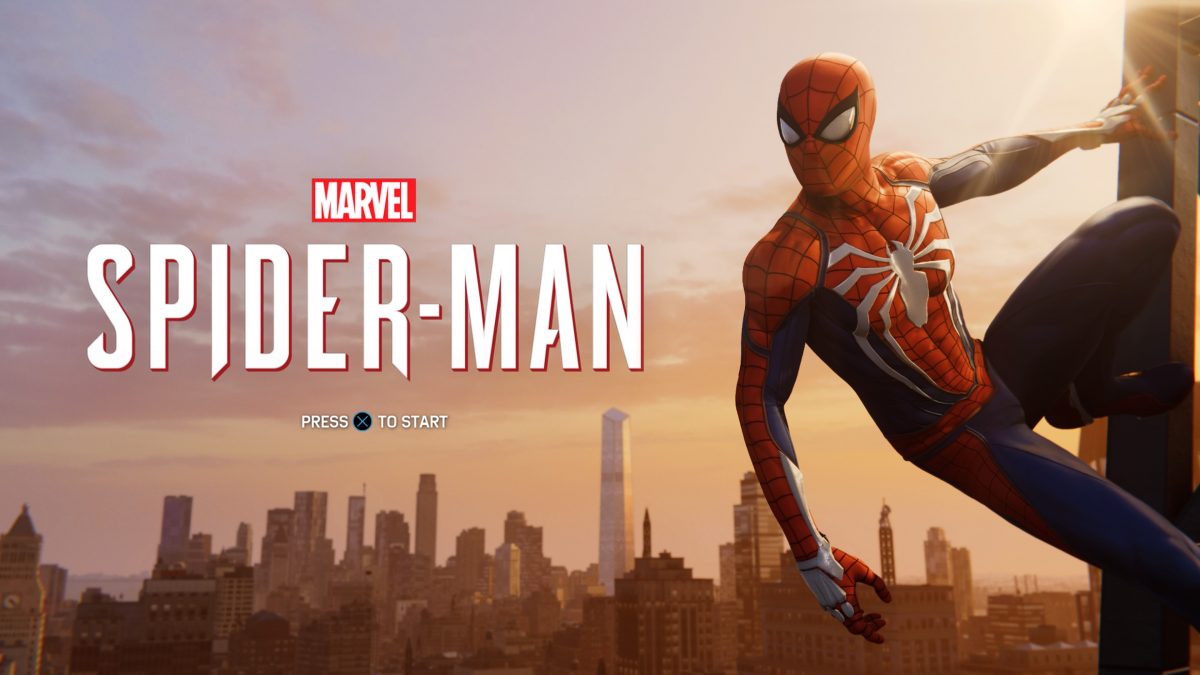 There has been a lot of talk over the last few years about ‘dad simulators’, from games like Dream Daddy, which has you meeting and dating an eclectic cast of father figures, to The Last of Us, which shows how far a father will go for his child,  to God of War, which showcases how turbulent and trying a father and son’s relationship can be.

Somehow, Marvel’s Spider-Man has become the latest entry in this category. But before I elaborate, here’s a fact: I am a reviewer, and this is a written piece, so here’s my review: Spider-Man is really fucking good, and everyone should play it.

If I asked you to think of some stereotypical father and son situations, what would your list be? I bet some of you would think of a father and a son making something together in a garage workshop. Maybe you’d think of a pair playing catch. Maybe, for some of you, you’d remember a moment in most teen boys lives where their father catches them in some sort of compromising situation.

All of these situations play out across the story of Marvel’s Spider-Man, which sees Peter Parker working side by side with Otto Octavius in a laboratory workshop, working for the betterment of all mankind. This is a Peter who, as usual to the origin story, has lost both parents as a younger person, and suffered the loss of Uncle Ben eight years previously. In that void, Peter has turned to Octavius as his new father figure — here is a genius, like Peter, working to solve problems for the entire human race.

In Otto, Peter sees a man standing higher than everyone else. An almost mythic figure, similarly to how many children see their parents. Like most of us, he then gets to see that his assumptions were wrong, and this figure isn’t some sort of god in truth, and like some of us, gets to see this man isn’t even as good as he previously saw.

We, the audience, know how this story plays out. It’s a Spider-Man game. Obviously he becomes Dr. Octopus. But Peter doesn’t know that. As the game progresses, we get to explore the workshop and get to see the signs; the bits and pieces of odd equipment. Through voice recordings left for Peter, we get to bear witness to the slow descent into madness overtaking Otto.

Through Otto’s quickly progressing muscular disease, we get to see a facsimile of watching our own parents age and become frail. In showing weakness, we get to see the actions of a desperate man exploit his son and grow jealous that his son is better than him.

And at the end, we get to see the son make the hard choice after facing the truth about his father.

Some of this is nearly universal. We idolize our parents as children, for the most part. Some of this isn’t nearly as universal, and that’s the part that truly resonated with me. I expect many people will finish Spider-Man and their takeaway will be that the entire thing pivots on a comic book villainous turn, and like, sure.

But let me tell you a story of my youth. I was born to a set of married people, who divorced when I was just old enough to remember it happening. I then lived with my father for a time, in a small apartment. My father, like most of his family, was a military man. His career had him working as a cold weather specialist instructor for the Canadian Special Forces, stationed far up north. In the end, he received his discharge due to frostbite messing up his foot.

He was, for as long as I knew him, a cold man. I cannot ever remember seeing him smile, and he would routinely beat the shit out of me if I stepped out of line. Violence, for him, was not specifically the answer, but it certainly seemed like it solved a number of issues. Despite this, I was young, and he stood larger than life.

There was one point, where I sat on the balcony of our apartment, and watched a trio of other men attempt to kill or seriously maim him, with bats and pipes and knives. I watched him systematically disarm and disable all three of them, and by the end of it all three of them were on the ground, and he didn’t even seem tired. To my memory, he didn’t even react to any of the hits he took.

I took to his example like a fish to water. Where we lived, my elementary school was the ‘bad’ school. Everybody was constantly fighting. I had whole years of detention back then, for engaging in these fights on a daily basis. Of the people I would fight with, many of them became some of my best friends. A serious number of them are now dead or badly injured for life. It was not a good place, and it certainly wasn’t a good experience.

But it was useful. My pain tolerance is high, now. I learned how to fight.

“If someone is going to try and beat you up, don’t just take it. Forget the school’s rules. Don’t worry about that. Just win. Fight dirty. Take them apart. Hurt them bad enough that they’ll leave you alone. If they don’t take the hint, hurt them so badly that they can’t come after you again.” Some of the only advice I ever received from my father.

A few years later, we moved back to the place I was born, and my father dumped me and my younger sister off at my mother’s house and vanished. Nobody heard from him for almost a decade. On my sixteenth birthday, I received a phone-call from him, telling me he had moved across the country and that he wanted me to come live with him. I told him I was interested, but if he fell through on this, that was it. We were done.

He fell through, and I haven’t spoken to him since.

I learned very early on that my father was not the mythic figure I saw as a child. I learned that he wasn’t a good man, or even a reliable man. Spending the end of my childhood and teenage years without a father gave me a lot of time to consider him as a person, and in the end I found him lacking.

The interesting result of all of this, and the reason I felt it worth sharing, is to point out that most of these games don’t portray the father and son dynamic I know and lived. If God of War showcased Kratos abandoning his son to go do some other things, maybe that game would have resonated with me.

So then, in Marvel’s Spider-Man, Dr. Octopus is born and his true colors are revealed. As he begins his plot to get his revenge, Peter tries to save him; to bring back the man he thought he was, and fails. Not through any fault of his own; the man he thought Otto was was a figment of his imagination. An idealized, mythic figure.

At the end, after defeating all of the other villains, you face Dr. Octopus a final time in a climactic showdown on top of one of the tallest buildings in the city. It’s intense, and action-packed, and very comic book. You’re utilizing every gadget in your arsenal to disable Otto’s mechanical legs while he’s picking up giant hunks of metal and throwing them at you, requiring you to dodge. It’s fun.

And then you beat him, and you fight him again. But the gadgets are gone. You’re wounded, and he’s wounded, and now it’s not a superhero fighting a supervillain anymore. Now it’s just a father and son, beating the shit out of each other with their own hands, as the son screams out his frustrations. Peter beats the shit out of Otto, and with every punch he screams himself hoarse over what a failure Otto is, now that he can see it clearly. How Otto was supposed to be this mythic figure, and he’s just.. not. 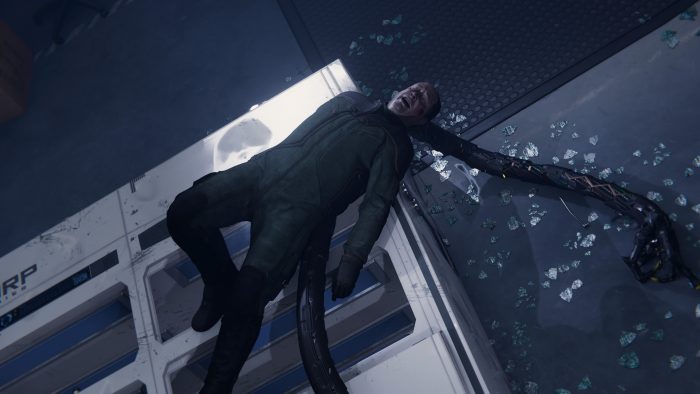 As the final fight reaches a conclusion, Peter prevails and leaves his father crippled and broken and despite Otto’s pleas, he makes the hard choice to cut him out of his life as much as he can. The illusion is permanently shattered, and the son has prevailed over the father.

Now that is a fucking Dad Game.