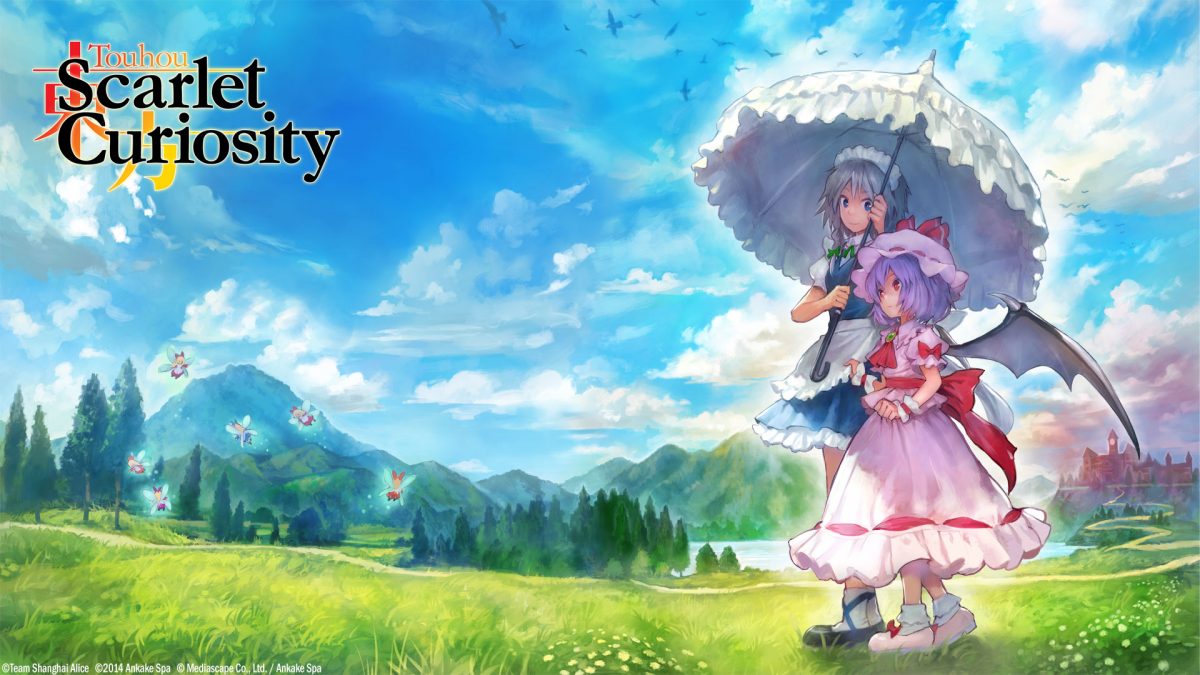 Imagine a world that is pure unadulterated adrenaline. Flashing lights are constantly flying by, rockets scream and explode in the background. You’re head first into this assault of the senses, dodging and deflecting attacks at a speed that would rip a normal human’s skin right off of their back.. Then your cute anime maid friend flies by on her umbrella, waves at you, and releases her ultimate attack. This would normally be a dream for someone like myself, who loves anime and bullet hells, but the way the game Touhou: Scarlet Curiosity pulls it off with its muddy graphics and semi-passable aesthetic makes it almost indigestible. 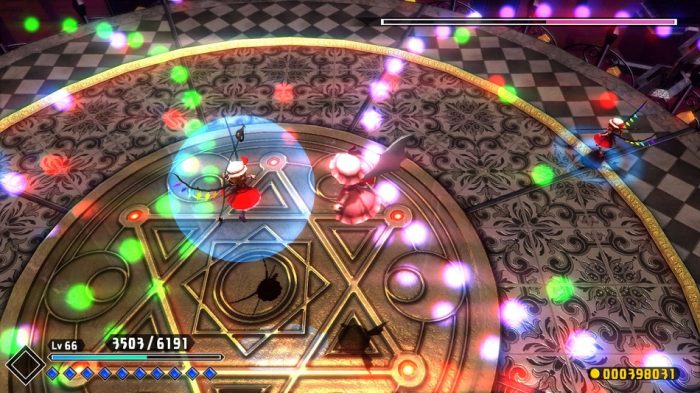 I’m not going to say that I’m a big fan of Touhou. I know what the series is and I’ve played a few of the bullet hell games. My knowledge of the world and character lore is miniscule in comparison to the amount of hours I’ve put into three or four games in the series. Scarlet Curiosity is something rather… curious for a lack of a better term. It’s a fan game that got brought into the main line series of Touhou. The game feels lackluster and has sticky controls so I assumed it was a brand new game to PC but no, it’s actually a port of a PS4 version of the game. The lack of polish is very astonishing. Many of the assets look like they were pulled off of the Unity asset store, and a lot of the backgrounds are very ugly. Sometimes bosses would clip out of bounds and even  Remilia, of the playable characters, clipped through multiple walls. 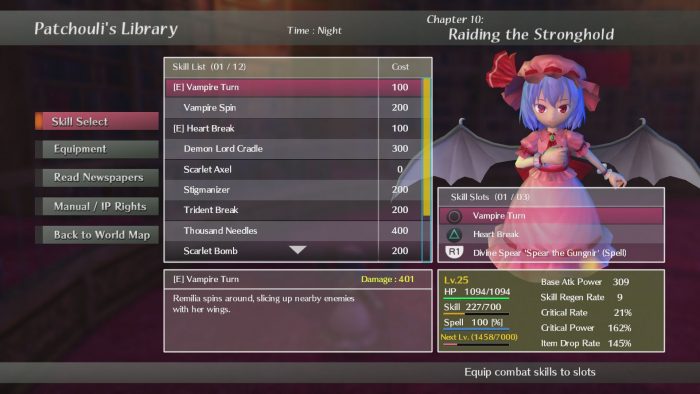 In Touhou: Scarlet Curiosity there are two playable characters:; Remilia and Sakuya. Remilia is a small vampire that deals very fast attacks and can fly/slam on the ground. Sakuya uses two knives and is a slower, but heavier, hitter than her counterpart. That being said, despite the differences, both characters feel almost identical in the moment to moment action of the game.

The whole game feels haphazardly tacked on for a series that is known for being a bullet hell and regarded by many as one of the best in the genre. The latest entry kind of throws that to the side for a very bland version of the series’ past entries. Fights aren’t hectic and, there isn’t really any strategy or reward for a boss fight,  or even the random fodder you encounter in the level. Even though this is such a flop in the genre of bullet hell it’s still the most fun part of Scarlet Curiosity. Alongside this flimsy representation is an even flimsier attempt at RPG equipments. You find random equipments in chests or off of bad guys and then you equip it for a stat increase. They don’t do anything beyond just giving you a plus or a minus in your stat boxes.

I’m not a huge fan of the Touhou series, but even I feel shafted by the quality game. Maybe if I was a huge fan and knew a massive amount about the world I would be excited and wanting to dive into every nook and cranny, but I’m not. It’s something that is just simply not for me and I think would greatly benefit from knowledge of the games lore. Fans of the series will probably love this new title, but if you’re a newbie then you should most definitely stay away and maybe try out any of the games that have been released in the past from this series. Most of the games are bullet hells but there are two pretty cool fighting games out if you are into that as well.