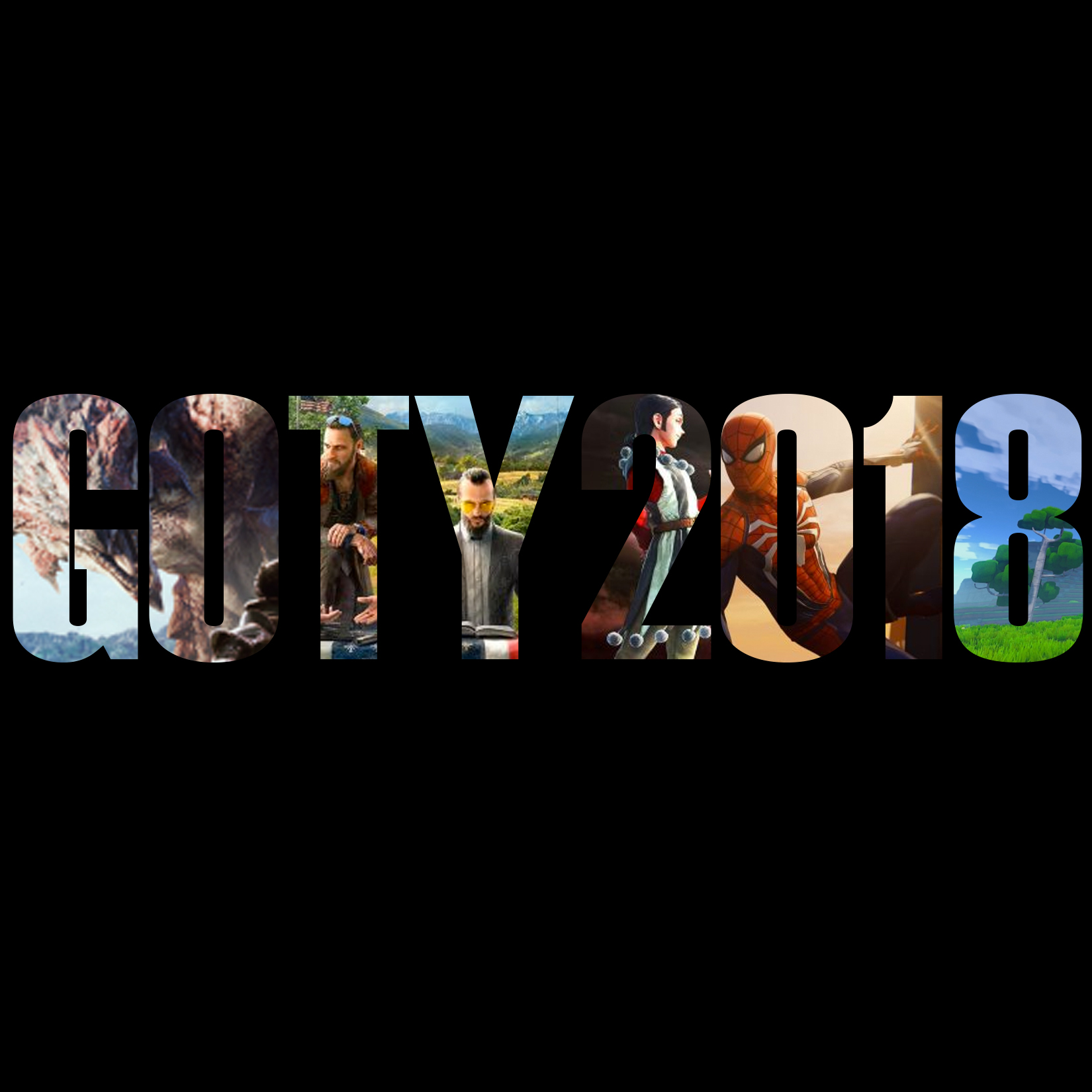 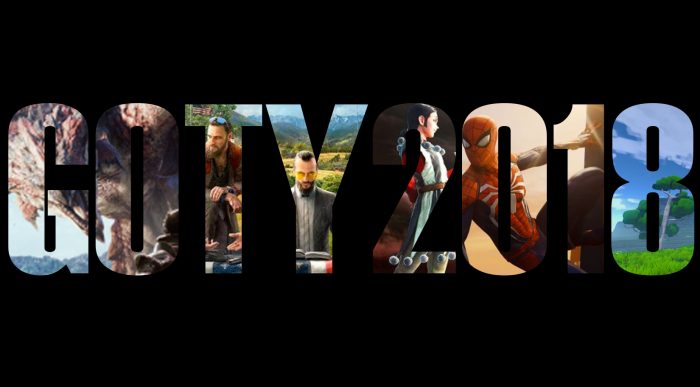 Instead of creating a giant list of the best games of the year, resulting in fighting and tears, SideQuesting opts instead to let our esteemed Editors share their favorite 5 or so that rocked their worlds. These are generally new games even gambling online, poker and Tangkasnet casinos that you can find all the fan you want, but remakes (and heck, even old games if they get updates) are viable for inclusion, take a look and find them on https://www.poker338.co, if you want to try them out don’t forget that you can play here.

We kick things off with Erron, and his undying love for all things monstrous.

The ‘front half’ of Monster Hunter: World was maybe one of my favorite gaming experiences this year. A Monster Hunter game better designed for mass appeal, a lot of the clunkiness of previous games had the interesting effect of pissing off old fans and welcoming new fans, while somehow managing to keep both groups fighting dinosaurs. The ‘front half’ was so good that despite the fact that I absolutely hated the ‘back half’ of the game and ended up dropping the title, I still think back and remember my time with this game fondly. When multiplayer actually worked — there were some pretty significant server and connectivity issues early on — romping around the maps with three of my friends to kick the ever-loving crap out of a flying dragon that could one-shot everyone was pure delight.

My favorite part about Monster Hunter: World, above any of the hunting, or any of the characters, is the selection of weapon. For people who go hard on these games, these weapons are mostly old hat, but there’s something fun about the fact that it seems like most people find their one specific weapon that plays the way they want to, and then never really move on to master all the rest. It’s almost like the weapons themselves are the character you’re playing, and the character you designed exists solely to move that weapon around the world.

Seriously, re-watch the cut-scenes but pretend your verbose companion is talking to the weapon instead of the mute character. It’s an amazing mental picture. 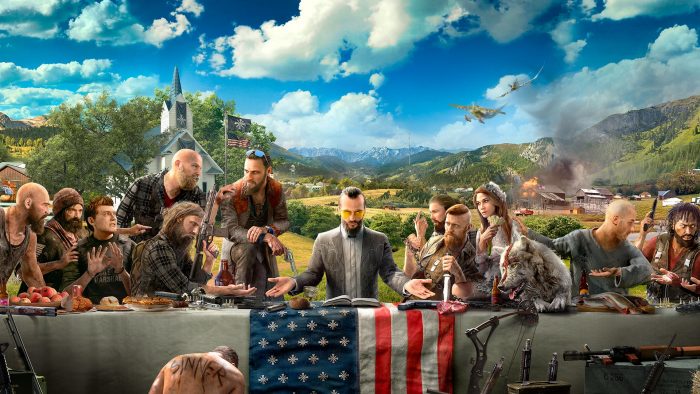 The latest edition to the ‘modern’ Far Cry games isn’t anything new, or special, with regards to the series. There was a point in time, before the game released but shortly after preview coverage had started to come out, and the world had been treated to the first trailer, where it seemed like we all collectively thought that this particular Far Cry game was going to try and say something important about the way the world is, these days. There was a brief moment where it almost seemed like Far Cry 5 was going to end up being a Rockstar-like satirical take on the state of America and of the people who live there.

It wasn’t. It ended up being basically just another Far Cry game, with a villain built in the same model as previous, overly charismatic villains, and a cadre of entirely forgettable lieutenants. 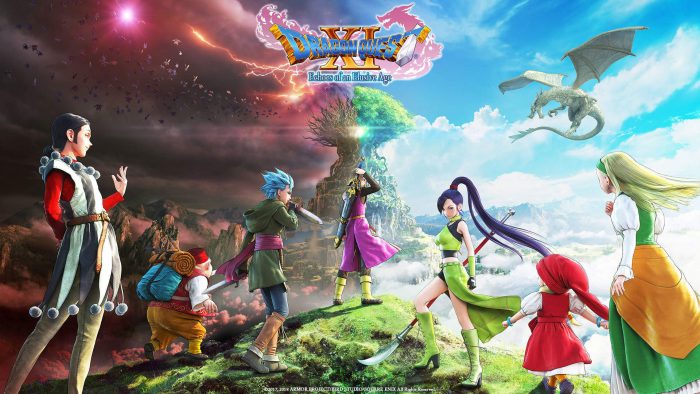 I went in on Dragon Quest XI not knowing anything about the game, or the series as a whole. Mechanically, it appeared to be a pretty bog standard turn-based RPG, but it took barely any time at all for me to get entirely hooked. The cast of characters surrounding the hero were a wide ranging set of eclectic personalities, and the monster designed were adorable. Night after night I booted it up, and very quickly completed the main story.

Or so I thought. People had mentioned that there was an epilogue — specifically, a playable, post-credits bit of gameplay that acted as a bow tie on the whole thing. In reality, the epilogue might as well be an entire second game, in terms of length, content, and story. By the time you finished the first bit of story, and reach the finale, things are sort of okay. The world is saved, some losses were incurred, and things are on a high, if bittersweet, note. Then, the epilogue poses the question, ‘What if we could do it better?’ And you blaze through the story again, change history, save the world properly, and save everyone else.

So few games ask this question, because so few games are written to even enable the question in the first place. Knowing absolutely nothing about the fact that this existed in the first place enabled maybe the only true surprise in gaming of this year for me. Well, aside from discovering that metallic slimes give hella experience points, which is recorded for posterity on a podcast somewhere. 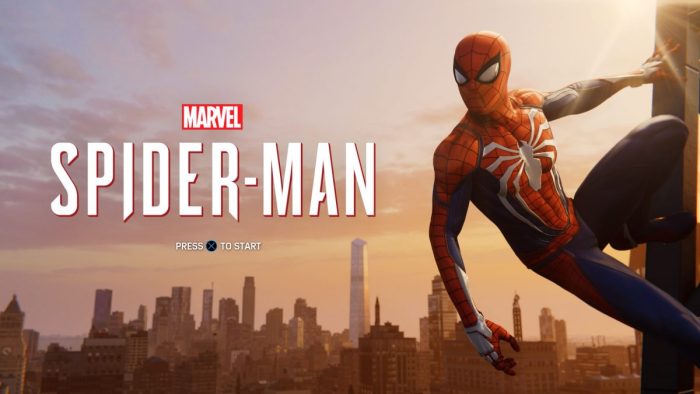 It’s a little bit difficult to sum up what Marvel’s Spider-Man did to me, without being way, way too wordy. My review covers a lot of it, so you all should definitely check that out. Marvel’s Spider-Man plays like a dream. Specifically, it plays like how it feels to dream about being Spider-Man. The semi-automatic swinging mechanics feel exactly how you think Spider-Man should feel, and once you learn the advanced mechanics and can zip around the city of New York in record time, it doesn’t make you wonder how Spider-Man can do that, it makes you think ‘Yes. Yes, Spider-Man can travel around this quickly.’

The characters around Peter Parker, some of the villains aside, are exceptionally fleshed out, also. Mary Jane Watson isn’t just a love interest to be imperiled for the sake of giving Spidey something to do, she’s an investigative journalist chasing down stories, and while the Spider-Man saves MJ dynamic is still there, it’s subverted so that he isn’t really saving MJ, he’s getting in her way. Even characters who aren’t really there, like Harry Osborn, get some foundations put down. As you do Harry’s side missions, which only feature pre-recorded voice messages, you can hear him getting sicker and more tired, hinting at events to come.

Marvel’s Spider-Man does almost everything right, and everyone should play this game. 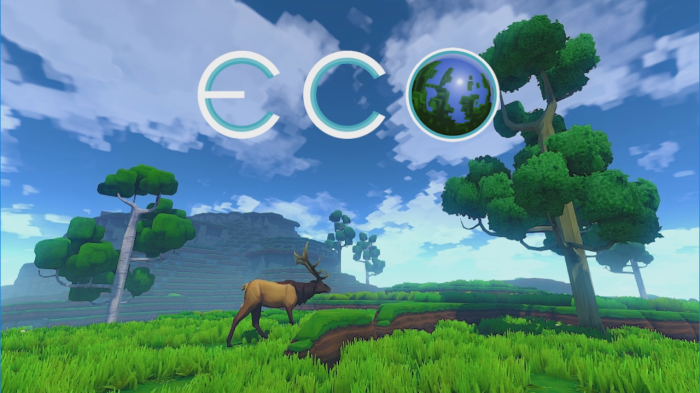 Because we don’t number our personal lists, these games could be in any order. Having said that, Eco is here in the Number One spot specifically to make Jeff Grubb wrong in his assertion that he would be the only critic to put it here. While Jeff had a much more noteworthy experience during our month-long session of Eco — the end game condition takes a month to reach — I spent my time hollowing out an underwater cave, producing luxury furniture for everyone, and hoarding currency earned through my storefront to the point that I think I may have been the largest holder of every currency in circulation by the time the game ended.

Where Jeff was attempting various economic models in an attempt to annihilate our communist utopia like the villain he is, I refused to engage in the practice and instead would stubbornly barter my crafted items for food and other goods. At one point I was basically given a free pass to food by the person who was making all of it, simply for giving materials away that I had no use for. Every PlayerBuck and Haypenny that was put into circulation was carefully removed from circulation by me, and never once went back in, forcing everyone to either barter goods for goods, or the currency creators to push more into the economy.

Eco, or at least Eco as played by our specific group of players, morphed from a glorious commune of like-minded individuals supporting each other, to a collection of combative capitalists all trying to Get The Money in the face of a giant meteor about to kill us all. Even in the face of total impending Armageddon, and armed with the knowledge that by working together we could survive, we still launched shadow wars via our preferred economic models. We exemplified the human condition in a video game.

Taxation is Theft, Jeff. No Blood for GrubbOil.