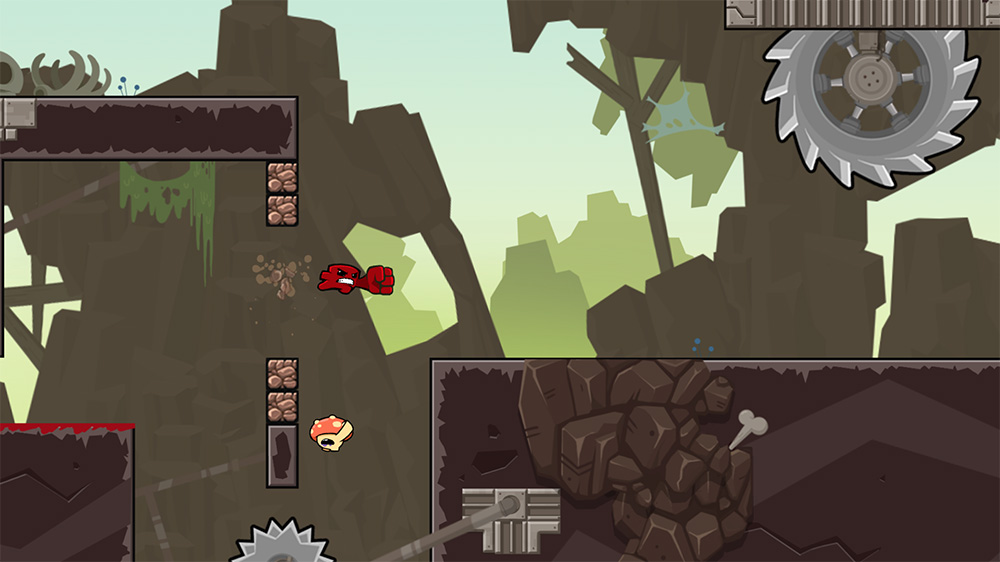 “The muscle of a Super Meat Boy game is the controls.”

God damn, I’ve been saving that line for years, and finally got to use it.

The switch to an “endless runner” may throw some people off. Like its title implies, Super Meat Boy Forever is still as Meat Boy as… ever. In fact, playing the game will lead one to forget that it’s a runner-type. It still emphasizes the platforming and meat murder of its forebearers, albeit with a lot more speed than before. The experience pushes us forward towards a goal, but we can die as often as we need to before we make it to the end of a level.

Through the initial 4 or 5 levels of the game (our demo), we gather speed and jump across ravines, we avoid meat grinders and buzz saws (sometimes) and we jump over and run under obstacles. Much like some of the most wicked levels created in Super Mario Maker, Forever has devilish design that punishes us when we make a mistake. I need to emphasize when, because I died… a lot. The switch to two-button controls gives a more clear input method, and makes actions feel more natural and reactive. 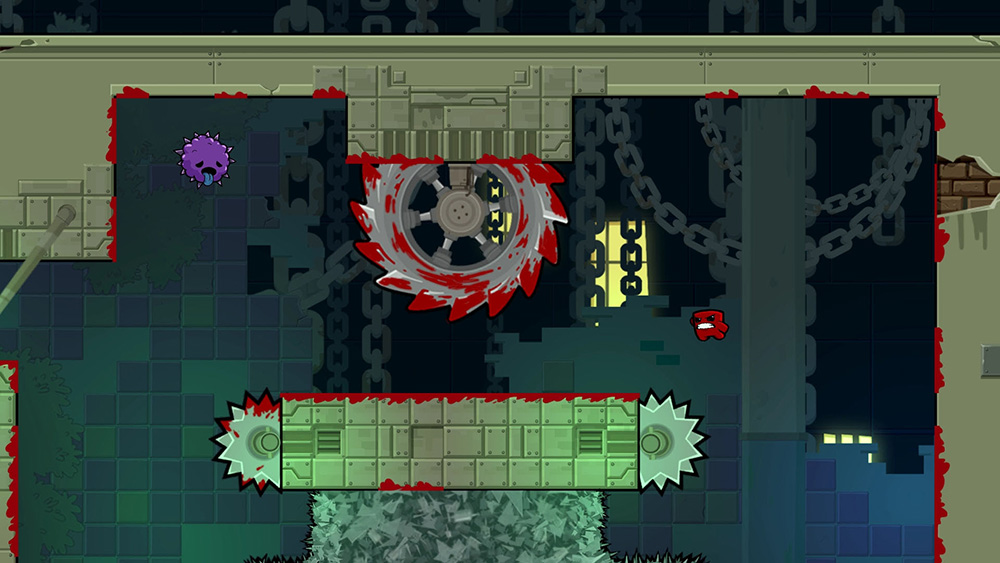 Death and respawning are a major part of the Meat Boy experience, so they’re pivotal here. Die die die, respawn, try again, die, respawn, try again. Then, finally, “AHA!” or “WHEW!” or “ah, okay, THAT’S what I had to do.” There’s always a subtle satisfaction when we clear a section, before we realize that it’s just one little part of a lengthy level that has us dying and trying over and over again. That’s perhaps what impresses me most about the game, and how the runner genre might benefit it: it’s constantly asking us to solve little sequences that are part of a whole, so that one level feels endless and full of surprises.

The game feels terrific. It’s fluid and easy to control, something that carries over from the previous Meat experience, and gives us a little plot and selectable characters mix things up. It looks great on the Switch in handheld mode, and could be right at home here as a pick-up and play — or get murdered — game.