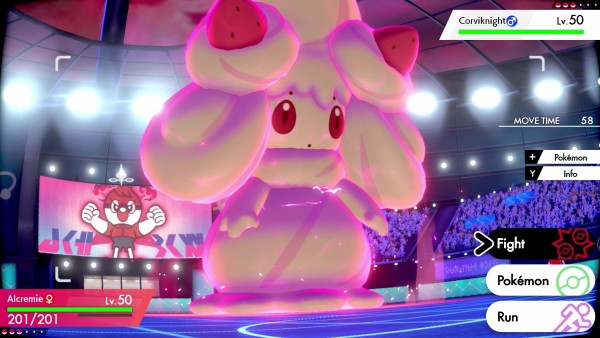 Even bigger than the bigger ones

In a new video today, The Pokémon Company revealed a few new big pieces of info related to the upcoming Pokémon Sword & Pokémon Shield games for Switch. We emphasize the BIG part.

Gigantamax pokemon are yet another new evolution of the catchable monsters, leading up to beasts even bigger and more visually different than the recently announced Dynamax versions. Only specific Pokémon will be able to become Gigantamaxified, including some of the new additions to the series in this game, like Drednaw and Corviknight. The Gigantamax Pokémon will have new G-Max moves that Dynamax pokemon do not, and only “rare specimens” of certain Pokémon species can Gigantamax, so be ready for a whole lot of confusion that we’re sure Pokémon enthusiasts are already ready for.

There are 8 gyms in the game’s Gym Challenge, and a special Gym Cup to crown the Galar region’s Champion.

That’s genuinely a lot of info, and we’re sure that the hundreds of hours we spend in the game will be well worth it when we miss our family’s holiday celebrations because of a raid that we’re definitely not missing.