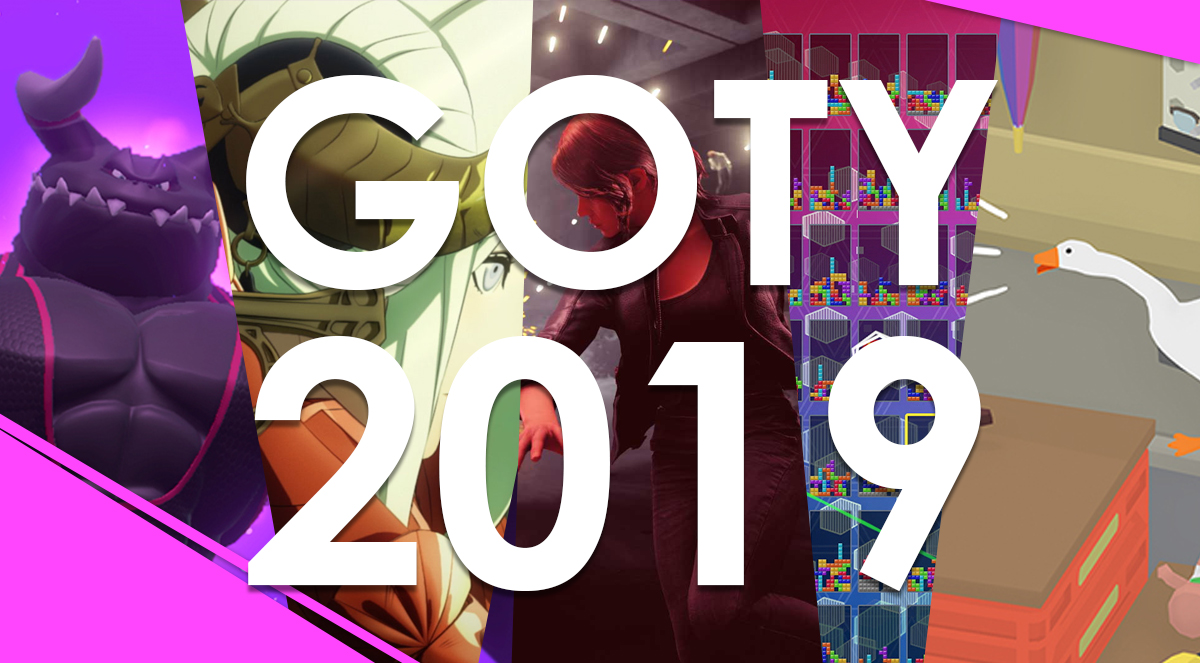 Because this has been a year of moving to a new house, a lot of packing meant that I was generally without my landlocked consoles (PS4 & Xbone) for most of the time, so my experiences were generally tied to the Switch. But it was well worth it. Enjoy!

I’ve never been much of a battle royale or online multiplayer kind of guy, but something about Tetris 99 pulled me in. I’ve always loved Tetris, and getting it “for free” with Nintendo Switch Online is a nice bonus. The game is layers deep, however. Just playing it like any other Tetris (clearing lines) can get us about mid way through the experience, and that part itself is enjoyable, but it’s not until we actually understand the multiplayer meta that the game becomes something completely different. Badges, kill streaks, defense — falling blocks have never been so anxiety-filling dangerous… or enjoyable.

Goose is an interesting little gem. Playing on my own, I’m fine with solving the puzzles and completing the game. It only takes a couple of hours, and relies a little bit on timing and not much else. But playing with a 9 year old who laughs at everything the goose does? That gives a completely different experience that thrives on replaying the same moments over and over, not to complete anything but to terrorize the poor victims of the waterfowl’s wrath. “Dad, that goose is a jerk!” Yes it is, honey, and I love it.

I initially balked at RFA when it was announced. It felt a little like a throwaway game that Nintendo put out to fill up shelf space in stores. But, who knew that mixing an RPG into fitness would be so addicting and enjoyable? I like everything about Ring Fit, from the characters to the writing to the level design and art — and it’s a fitness game, so I’ve been sweating it up a whole bunch, too.

The earliest moments of Control throw us into a mess: We have no idea what’s going on, why bodies are floating, why people are glowing, and why we have this strange power. None of that is explained. But as the game unfolds, and the mystery deepens and pulls back, an intense story worth of the best of Twin Peaks (and Remedy’s love of the mind bend) becomes that much more satisfying and gripping.

I love Fire Emblem games. I’ve even enjoyed Nintendo’s recent Pokemon-esque direction of releasing essentially the same FE game twice with a modified plot (Conquest/Birthright). Three Houses does one better, putting all of the different versions of the game on one cart for massive replayability. Whether it’s collecting teammates, enduring love triangles, or going into battle, Three Houses is absolutely stacked with content, and is well worth the already big time investment I’ve put in. I’ll be playing this one for a long time, happily.