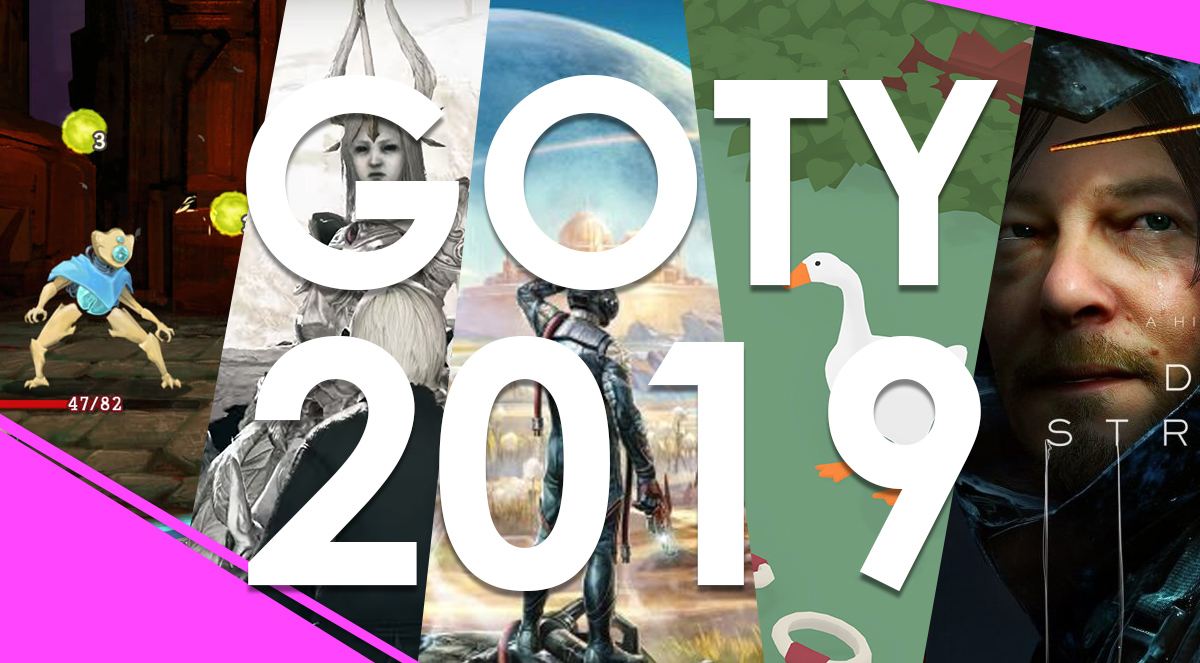 Erron tells us about the weird games that stretched genres this year.

2019 was a weird one, folks. It seems like every game I played was not a game I should have been playing if compiling a list at the end of the year was always going to be the goal. I skated past almost all of the conventional choices and ended up playing a lot of weird games, most of which are not on this list at all. Sekiro? What’s that? I’ll never know, because the year is over and the constant release of new video games is unrelenting. Here’s a list of things.

While technically this has been an actual video-game for a lot longer than just this year, this is the year we get to assign awards to it. Officially. I’m pretty confident I’ve already praised the hell out of this game at some point, but if I didn’t then it needs to be said and if I did then it bears repeating: Slay the Spire is one of the best playing, neatest looking, quickest moving deck-building rogue-likes on the market. There’s a little something in here for almost everyone, and if Slay the Spire isn’t your thing, well, it helped revitalize the genre as a whole, so now there’s a lot of somethings out there to try.

For those of you paying attention I have been pretty vocal about how hard I bounced off of this particular expansion. I ended up getting annoyed with the very MMO style quests in this new one, because story-wise the stakes had been raised to a new extreme and still I was being sent on fetch quests. Kill ‘x’ monster quests. Deliver ‘x’ to ‘y’ quests. Occasionally those were broken up with the actual main story quest, and I’d do a little bit to save the universe.

I said ‘nah’. But that’s a ‘me’ problem, not a Final Fantasy XIV problem. XIV remains faithfully developed for, and every expansion brings class changes for good or bad. It does everything it can to stay as fresh as an MMO possibly can, and that’s worth a mention at the end of the year.

This was a game that I thought played very well, built around a story that I would have enjoyed a decade ago. By which I mean the story itself is harder to enjoy now than it might have been when I was younger. Villainous corporations treating people-slash-workers like crap to achieve maximum profit at the expense of everything else, up to and including leaving thousands of people to die when they could be easily saved because it would cut into profit margins, all told in such a way that I think it was supposed to feel like GTA-style satire. It didn’t, to me, it just kinda fell flat. That’s not a failing of the game, honestly, that’s just me looking out at the world and hating what I’m seeing.

The Goose is less a protagonist and more a force of nature. On the surface, the bird likes shinies, and ruins a small village in a quest to take some bells and bring them home. Simple concept, nice puzzle game, good all around video game experience. But did you know that there is an old superstition that devils and demons are afraid of bells? They were used to ward off evil spirits as far back as ancient Rome. Which led me to two easily reached conclusions; either The Goose is a demon so powerful it spits in the face of folklore, collecting trophies for itself to mock the world, or The Goose is the animal kingdom equivalent of The Doomslayer, arming itself for war against the Legions of Hell, and we’ve just played through the intro. Now The Goose is armed. Now the demons have a new fear.

I like Norman Reedus. I like his weird fetus. I like walking around with a giant stack of packages strapped to his back, delivering them to people I’ll never see except through holograms. I like driving around on an electric motorcycle, avoiding being caught by weird half-phased into reality monsters that explode like nukes if they catch and eat him. I like a game that can let me pick it up, do a thing, and put it back down feeling accomplished. I like Kojima’s weird as hell aesthetic.

There’s a lot to like about Death Stranding, if you’re ready for it.