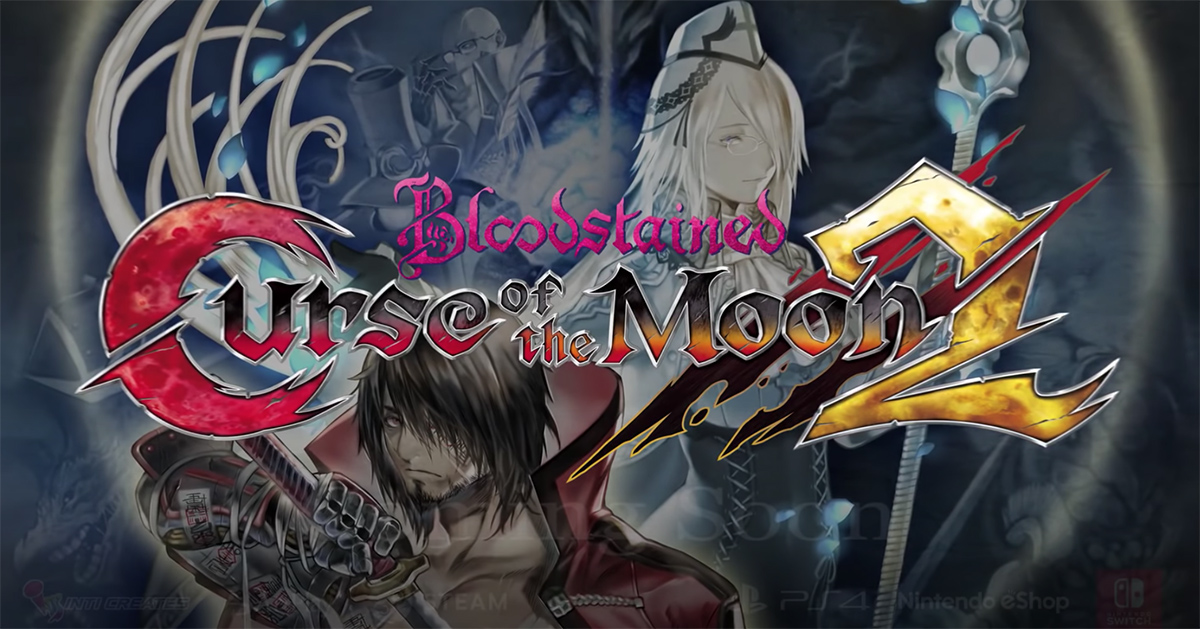 Back for more vengeance

The popular Curse of the Moon, a spin-off of Bloodstained, made its appearance as a stretch goal after the main game was fully funded on Kickstarter. The game was well-received, playing off of the 8- and 16-bit Castlevania games that were so beloved. A this week’s online New Game Plus Expo, Inti Creates and Koji Igarashi debuted a sequel.

Bloodstained: Curse of the Moon 2 picks up right where the first game left off: Zangetsu, the dark hero, is back, and brings with him a new cast of three playable characters to help fight the demons that pillage the earth. Taking place in a 2D world, the Eighties-inspired visuals are indicative of the themes that Inti Creates is going for: challenge, darkness, and even some roughness around the edges.

Curse of the Moon 2 is “coming soon”