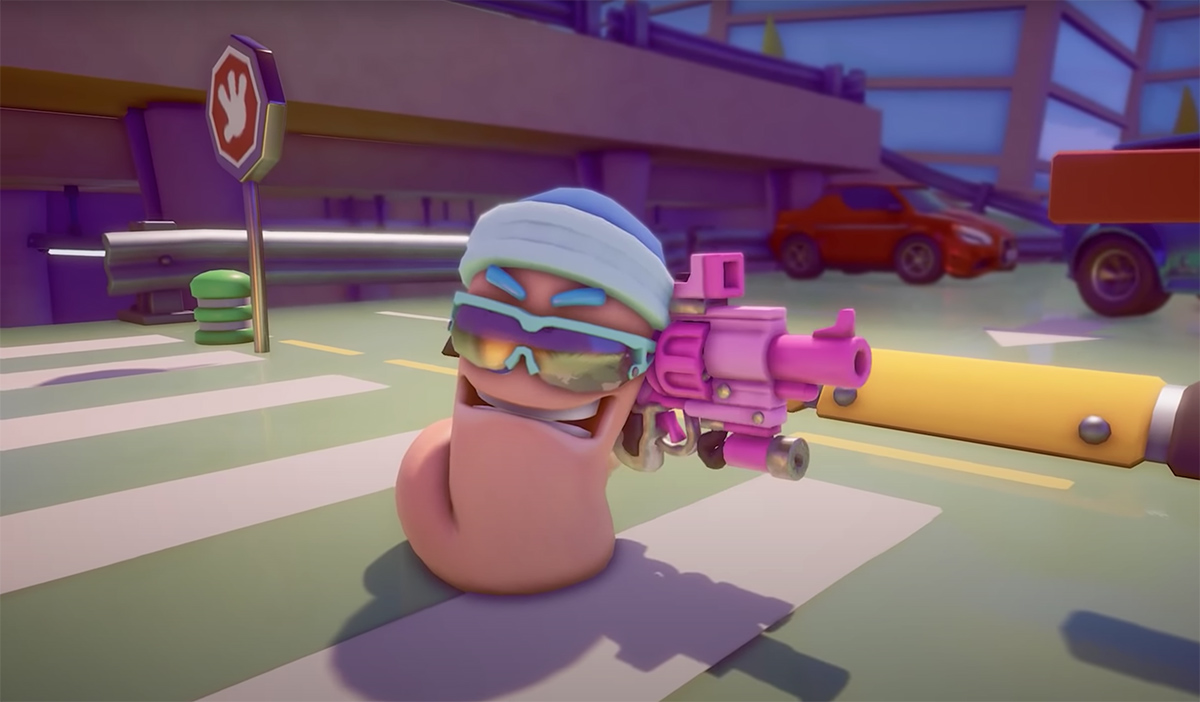 Real time action takes the Worms franchise out of the underground

I’ve been enjoying Worms games since the 90s, and the simplicity and stupidity and joy of playing them has never worn off. The tactical play was accessible, and easy to understand, even if the action took place in a “click and wait” timeframe. Now, that’s about to change.

Worms Rumble is a new take on the formula, focusing on 32-player real time action spread across several modes, like death match and YES, BATTLE ROYALE. A Worms battle royale mode. FINALLY. Players can customize their worms and play out the fight across a variety of giant 2D playfields, reminiscent of a cross between Smash Bros and Duck Game.

Worms Rumble arrives on PS4, PS5 and Steam later this year, with a beta kicking off next week. Sign-ups are open now here: https://bit.ly/WormsRumbleBeta