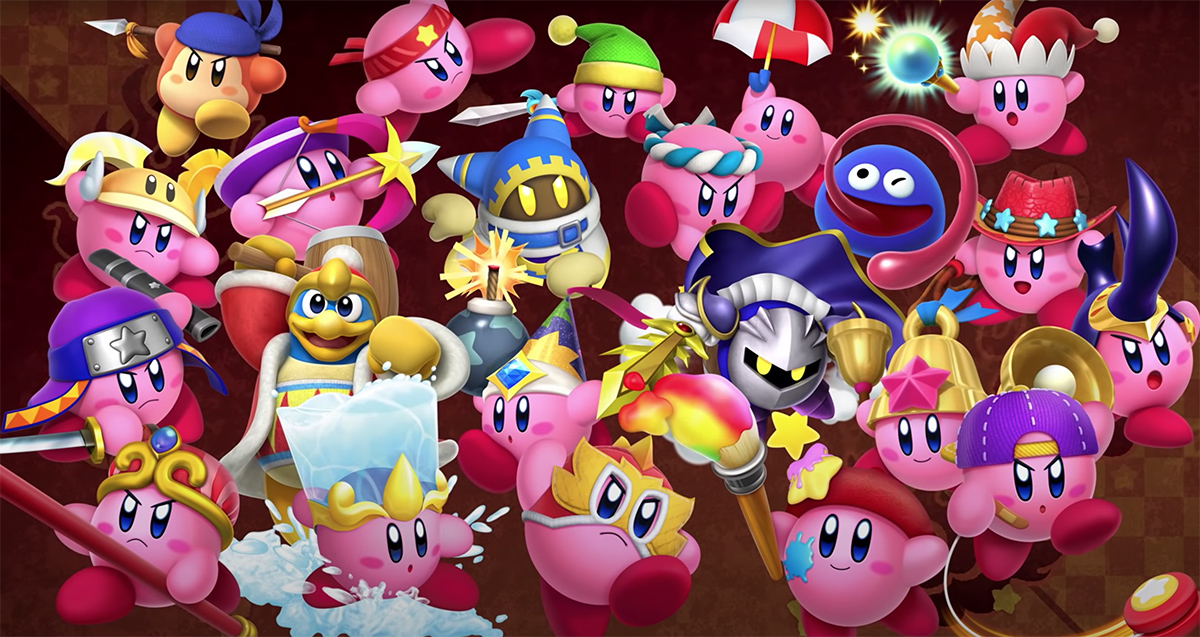 After a leak earlier in the day, thanks to Nintendo’s own Plat Nintendo website, Kirby Fighters 2 has been announced — and released. The 2D fighter stars Kirby, Kirby, Kirby and Kirby, and a few other Kirby-based characters, in a brawler for up to 4 players.

The original Kirby Fighters game was included in the 3DS’s Kirby Triple Deluxe game, and later spun out into a separate downloadable app. This is a full sequel to that eShop app, and features several modes to take on like a story mode for up to two players, online battles, and even a “single-handed” mode for, uhh, whatever.

Players can select from 17 Kirby abilities, like Sword, Cutter and the new Wrestler, or from added characters King Dedede, Waddle-Dee and Gooey. The game is available now for $19.99 on Nintendo’s eShop for Switch.