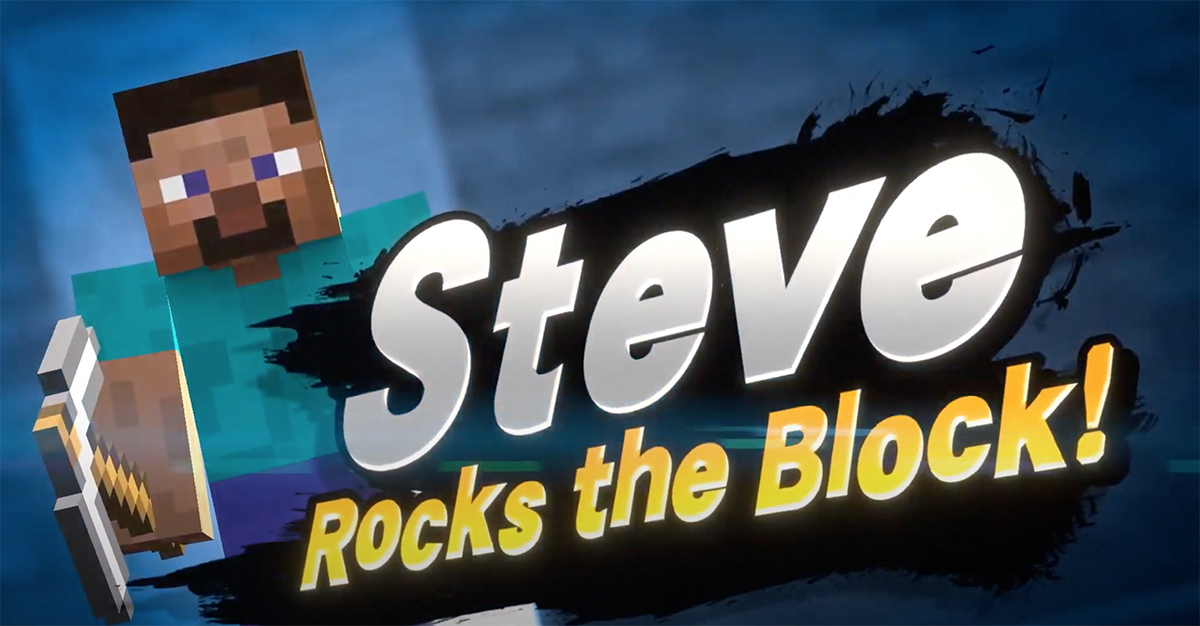 Today, Nintendo revealed the next character coming to Super Smash Bros Ultimate‘s massive roster: Steve from Minecraft. The character is the second from Microsoft (next to the Banjo/Kazooie combo) to join the game, and the addition will bring some new changes with it.

Steve’s alternate swaps will include Alex, Enderman, and Zombie. Smash Bros series Producer Masahiro Sakurai, who plays Minecraft on Survival mode, has been excited to bring the characters to the series, and notes that in the game the addition of new blocks and fighting styles (and that amazing new stage) will require some work.

We don’t have a release date for Steve & co yet, but there will be a followup stream on Saturday, October 3 to divulge more information.

But really, if you showed this image to us in 2009 we’d have thought you were drunk.