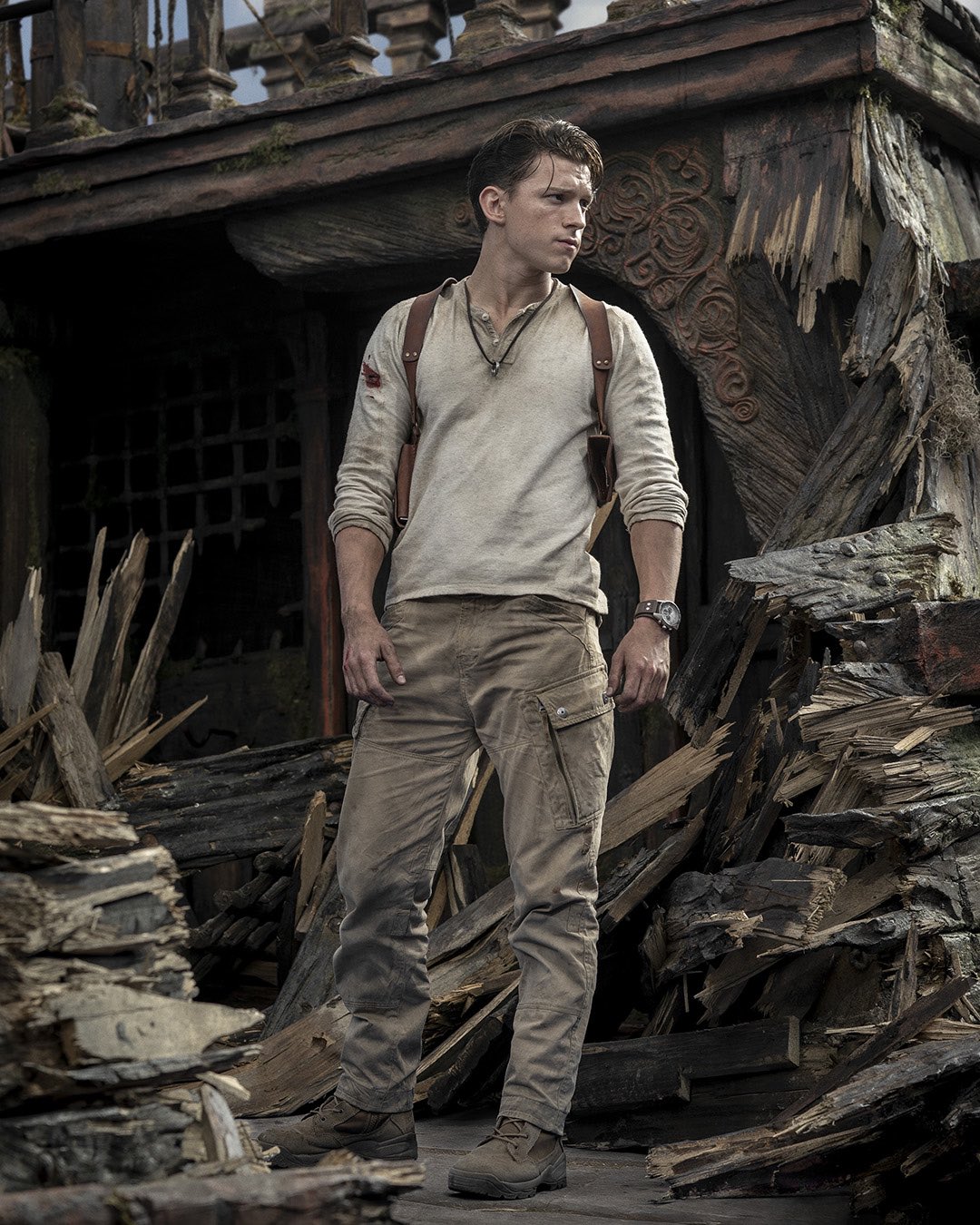 Listen, we know Sony owns Tom Holland, thanks to his tie to the Spider-man franchise. When it was announced that he would take the lead as Uncharted’s Nathan Drake, we were taken a little aback due to his relative young age in comparison to the character.

But after seeing the first promotional images of Holland in-costume, we’re kind of leaning towards being okay with it? The actor today shared an image of himself on the set of the upcoming film.

You’ll notice that Holland isn’t sporting a half-tuck shirt. For shame. Everything else looks pretty spot on, and it’s good to know that cargo pants are in style again.

Uncharted is due in theaters in 2021… maybe.