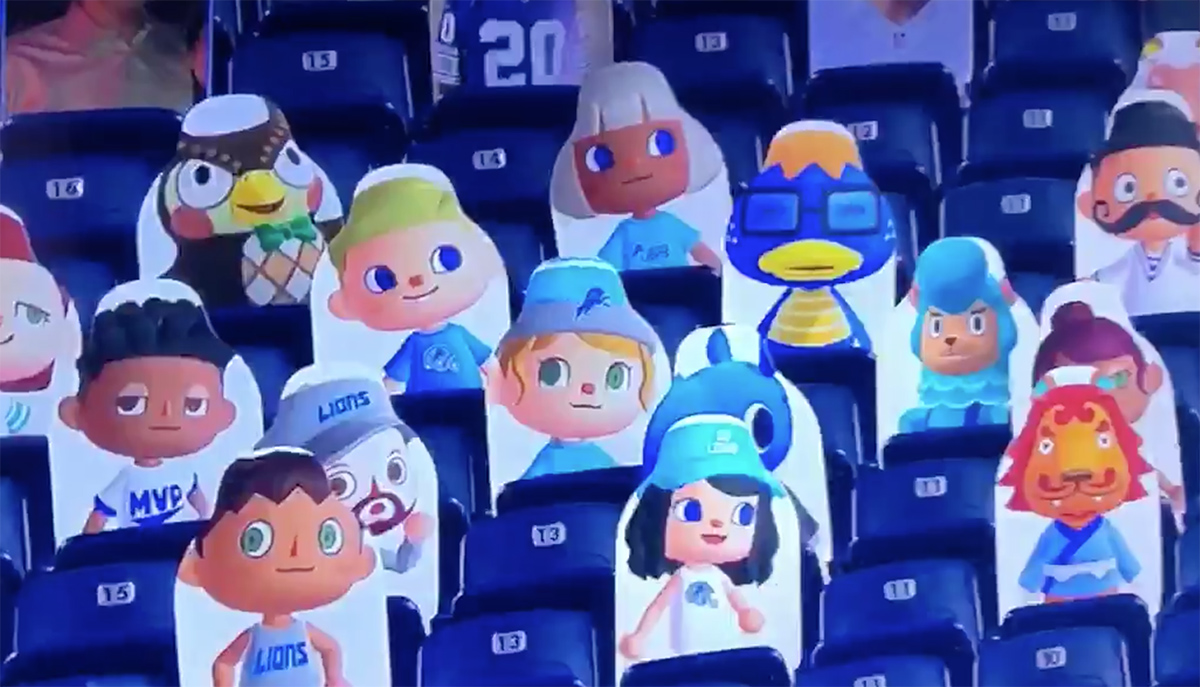 Lions and Colts and other animals kick off November football

Animal Crossing is still mega popular, and will likely end up near the top of the yearly sales for 2020. But beyond that it’s likely been an even bigger cultural phenomenon than anyone could have predicted — obvious reasons aside.

It’s found its way into everything, from music videos to talk shows to sports. It was used as the reveal for the NFL’s Detroit Lions schedule, in fact. Well, someone in the public relations department at my favorite team seems to really, really like the game, because they’ve brought back the tie-in once again. Much like other sports stadiums around the world, fans can put their faces on cutouts to help fill the stands. Or, that crack PR team might just take the initiative themselves:

Trust me when I say that the clip, which aired during the final quarter of the game, was basically the most interesting thing that took place in Ford Field today. Good to see that Derwin made it okay. The Lions even posted a cheeky video on their Facebook page showing the oncoming villagers: Facebook. Who else can you spot?