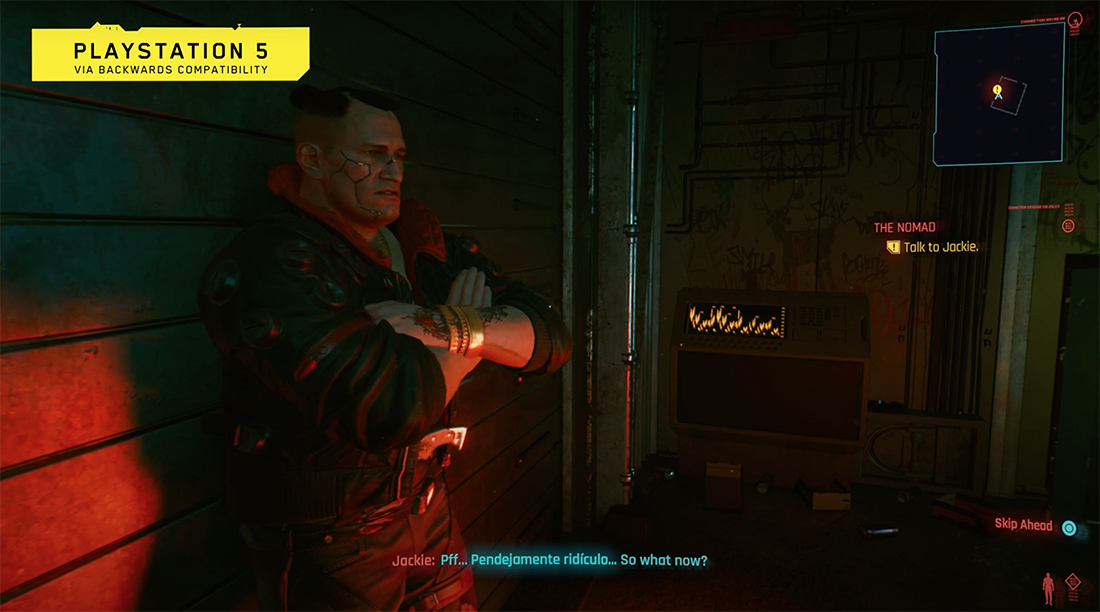 A few weeks ago, we bore witness to Cyberpunk 2077 gameplay on Xbox devices. Now, with a mere couple of weeks away (we hope!) we have the first clips of the game running on the PS4 Pro and PS5 — and even Stadia.

In the clip above, we see the game being played on the last two Sony consoles (and God forbid we see it running on the regular PlayStation 4, the one that most people have). On the PS4 Pro, it looks as buttery smooth as the Xbox One X version. On the PS5 we’re seeing that same version played via backwards compatibility on the new console. While it’s not true next generation gameplay (we’re due for that at some point in 2021) it’s at least a sample of what the advantages of playing the last gen’s games on the new consoles are: speed, framerate, and visual effects.

Now, let’s say that you don’t have a next gen console yet. How can you see this game running at max settings? Simple! You start up Google Stadia, everyone’s favorite streaming service. On Stadia, the game runs at 4K, though it all depends on your connection, obviously.