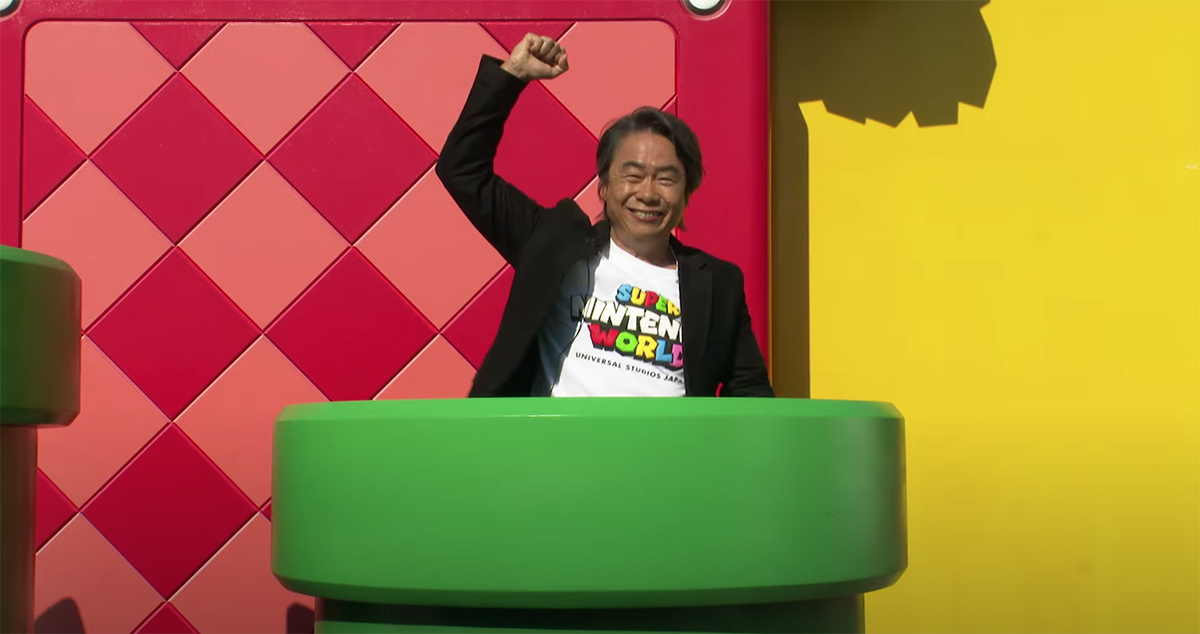 This week, Nintendo shared a special Direct presentation showing off some of the features of its Super Nintendo World theme park in collaboration with Universal Studios. Nintendo’s own Shigeru Miyamoto led the tour around the Japanese iteration of the park, with as much joy and enthusiasm that only Miyamoto can.

The park features interactive elements, known as “Activities,” that allow visitors to play around the park and rack up coins via a special bracelet they wear. The coins can be used to further unlock things in an associated app. The Activities include collecting keys, battling giant Bob-ombs, and punching blocks around the park. There’s even a Mario-themed cafe run by Toads with Mushroom Kingdom foods.

The feature event in Super Nintendo World is probably its innovative Mario Kart ride. An on-rails cart, riders wear AR glasses and face off against other racers, both virtual and in person, to win.

Super Nintendo World opens in February 2021 in Japan, with versions coming to California, Florida and Singapore in the future.