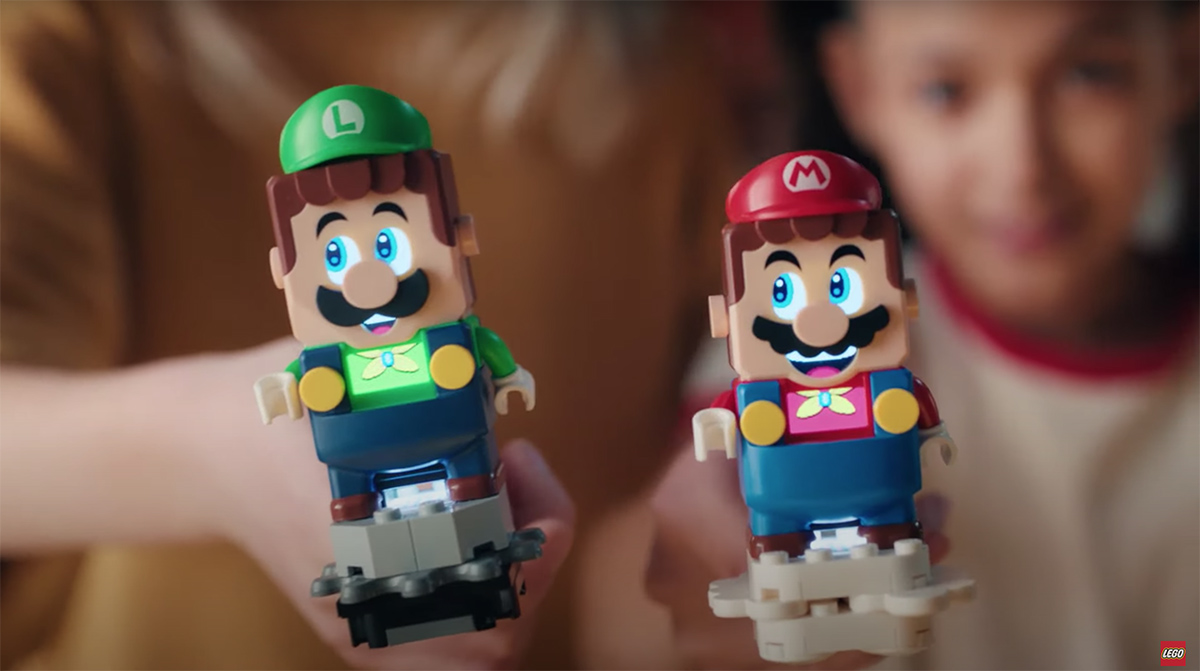 The LEGO Super Mario set has been incredibly popular for both LEGO and Nintendo. Initially launching last Summer, the sets now fill shelves at major stores around the world. We tend to stop by the LEGO section at Target just to see what new sets are in stock, and to ogle the throwbacks to game levels from Super Mario Bros 3.

When the companies announced that Luigi was joining the sets, it wasn’t quite understood how both toys would function. Now, LEGO has dropped a trailer showing some of that cooperative play. The clip depicts players using Mario and Luigi to hop along adventure sets, collection the virtual coins and defeating enemies. Some specific actions can only be done in tandem, such as defeating cloud-based enemies using a dual slide. Much like in the modern games, Luigi himself is slightly taller than Mario and his voice is unique, but it’s unknown what other changes between the two exist in their IRL skillsets.

The video even shows the giant airship, popular in the game series. New figure costume sets available include Frog and Bee suits, alongside Sumo sets and more.