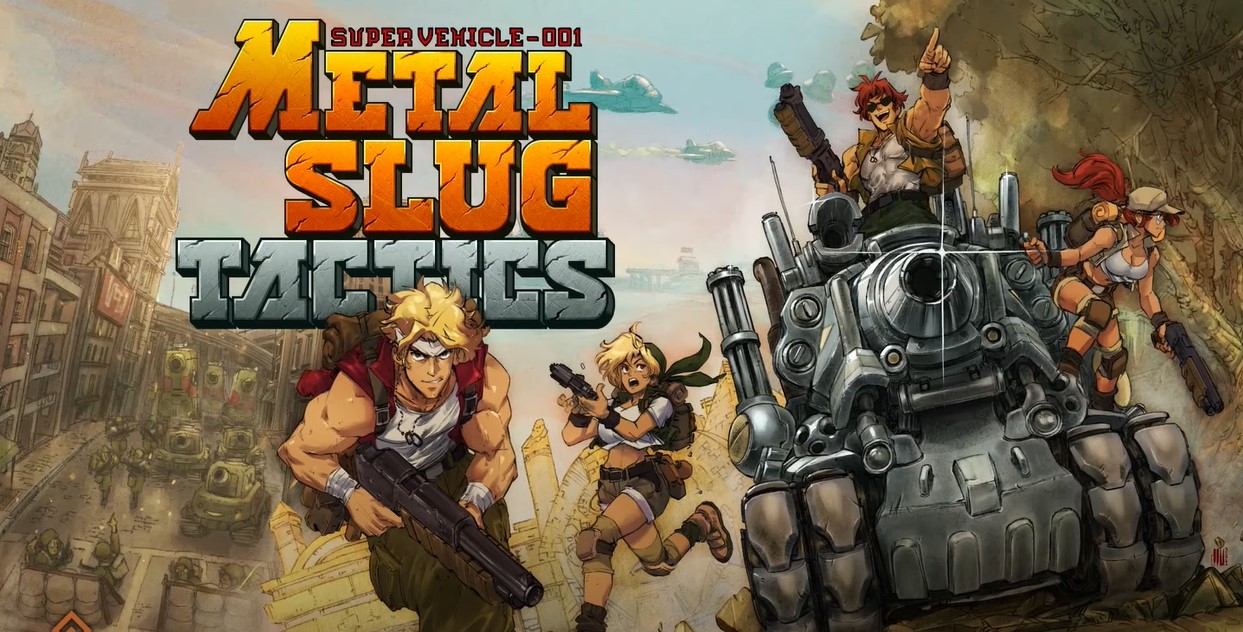 Classic IP comes back with a turn-based twist

SideQuesting’s JJ Holder is losing his mind. An avid fan of classic IP, and what some may call a connoisseur of SNK games, when the announcement was made that a Metal Slug Tactics was in the works it was difficult for him to control his excitement.

It’s currently announced for PC/Steam, with the info below (and no release date yet):

Metal Slug is back with a brand new entry in the Metal Slug universe. Discover a new side of the emblematic run’n’gun and jump into a dynamic tactical RPG with roguelike elements! Super fun and lighthearted, Metal Slug Tactics takes what makes METAL SLUG so special and unique and brings it to the tactical genre!

Experience the iconic dynamic battles of the Metal Slug series with a brand new perspective. Build up your adrenaline bar to unlock super attacks and use them wisely. Gain some precious war experience after each battle and unlock weapons or bonus perks to upgrade your team’s firepower.

Choose between iconics brothers-in-arms to create the perfect team to stop the war.

Launch simultaneous attacks on your targets with the sync. mechanic to deal a hell lot of damage to the enemies! Don’t forget to call in some reinforcements if your team isn’t enough! They will send over the heavy artillery to support you: the Metal Slug, air raids, you name it, you get it!

Fightt Your Way to Victory

Ending the war won’t be easy. Many challenges await, prepare to die again and again but never give up!

Play and replay your favorite missions as much as you want! Use the skills you acquired through each battle you have won so far to take down your enemies!

Donald Morden is back! After a long time being hidden in a country opposed to the World Government, he patiently staged a coup d’etat and is finally ready to take revenge upon the World with the army he gathered throughout the years.

The Peregrine Falcons will have to do everything in their power to make it through the enemy lines and take down Morden before we get further into the war!