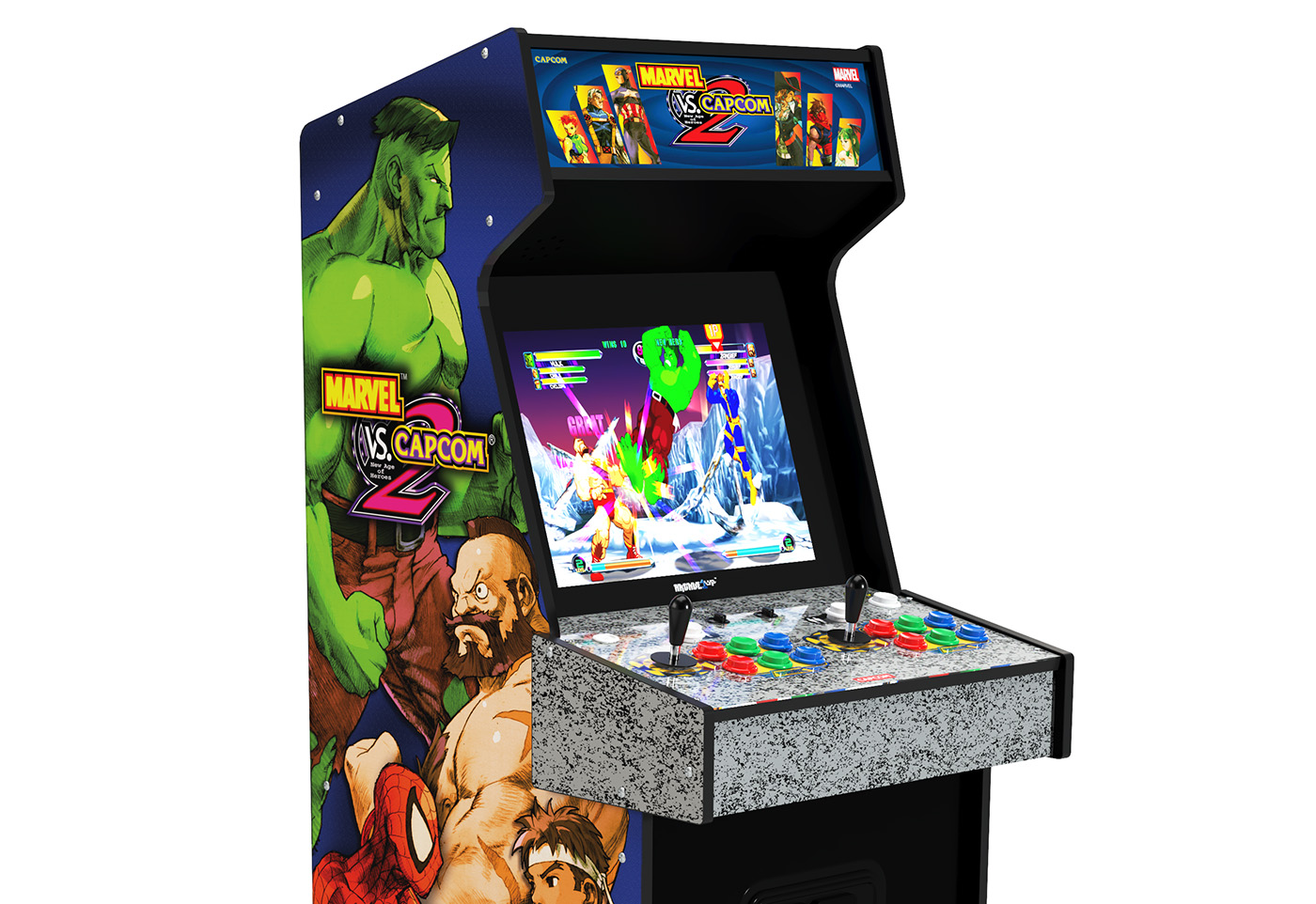 It has ALL OF THE GAMES. All of them!

Arcade1Up took to EVO weekend to announce the arcade cabinet that just might put me into a tailspin — or at least any sense of self control that I may have left.

The Marvel Vs Capcom 2 arcade cabinet includes the fantastic fighting game alongside 7 others:

For the uninitiated, MvC2 has basically been delisted from shops since 2013, making it difficult to get a copy digitally or physically. By creating a cabinet dedicated to it (and many of the other incredible games in the series) it brings the game back into the limelight. AND, perhaps even more awesome, is the news that the device will have built-in WiFi for online play. That’s right: take on players around the world whenever you want.

It’s a dream come true for many fans, especially with the caliber of games included. While no price has been announced, the company will begin taking preorders on their site on September 8th for shipping in October.