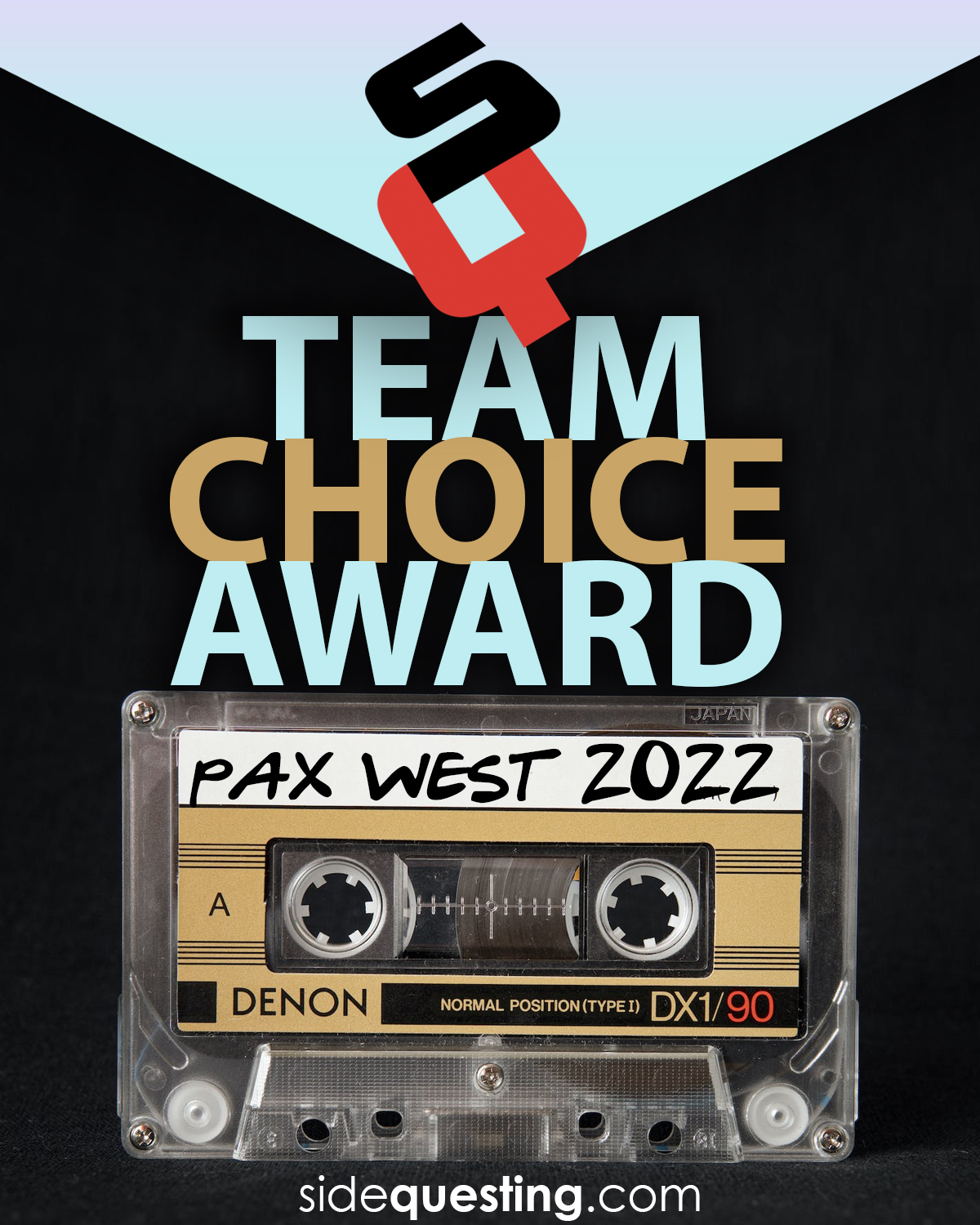 Team SQ — or should we say J.J. Holder, who was on site for us taking in all of the sights and sounds — have revealed their favorite games of PAX West 2022. This year was much more of a return to form for the show, with massive crowds and equally massive booths.

J.J. took on the sprawling atmosphere and played A LOT of video games, and helped us decide on the BEST OF THE SHOW. You can listen to him talk about his favorites in this week’s special PAX-focused episode of the SideQuest, or take a look below at our annual tradition, our parade of favorites, our TEAM CHOICE AWARDS.

It’s hard to label Cookie Cutter as a traditional “metroidvania” because it approaches the exploration genre with an incredibly unique spin. It mixes a truly awesome 2D art style with a robot-fisted hero that runs around their world to battle insanely cool foes amidst an equally insane plot. It’s insane, yes, in a really great way.

Twin stick shooters rarely have this much style or substance, but the forthcoming Dust & Neon has both. Utilizing a great Western Meets Robot backdrop to its advantage, it utilizes terrific and fine-tuned controls to make for a fantastic experience.

Akurra oozes retro love, touching on aspects of some of our favorite Atari, Game Boy, and NES puzzle action games like Kickle Cubicle, Pengo, and even Solomon’s Key, to deliver a feel good take on the genre. It wears its influences on its sleeve, and looks like it might be right at home in the modern wave of gaming nostalgia.

Melatonin (by Half Asleep Games)

Melatonin is a Millennial fever dream. Set in the mind of someone falling asleep in their own modern life, the project is a cozy, chill, lo-fi spin on rhythm games. Players use just one button to tap and hold along with the beats, across dreamscapes that focus on VR, phone apps, shopping, and even eating pizza. It’s so laid back that it might be causing us to lean forward.

Gunbrella has us holding an umbrella that’s also a gun. Oh, and it’s also a shield, a flying apparatus, a puzzle-solving device — and a hell of a lot more. That’s probably a perfect analogy for the game itself, which might seem like a 2D action platformer at very first glance but eventually spins into a winding, hectic, almost visceral experience. And we can’t wait. (Look at that art! SO COOL!)