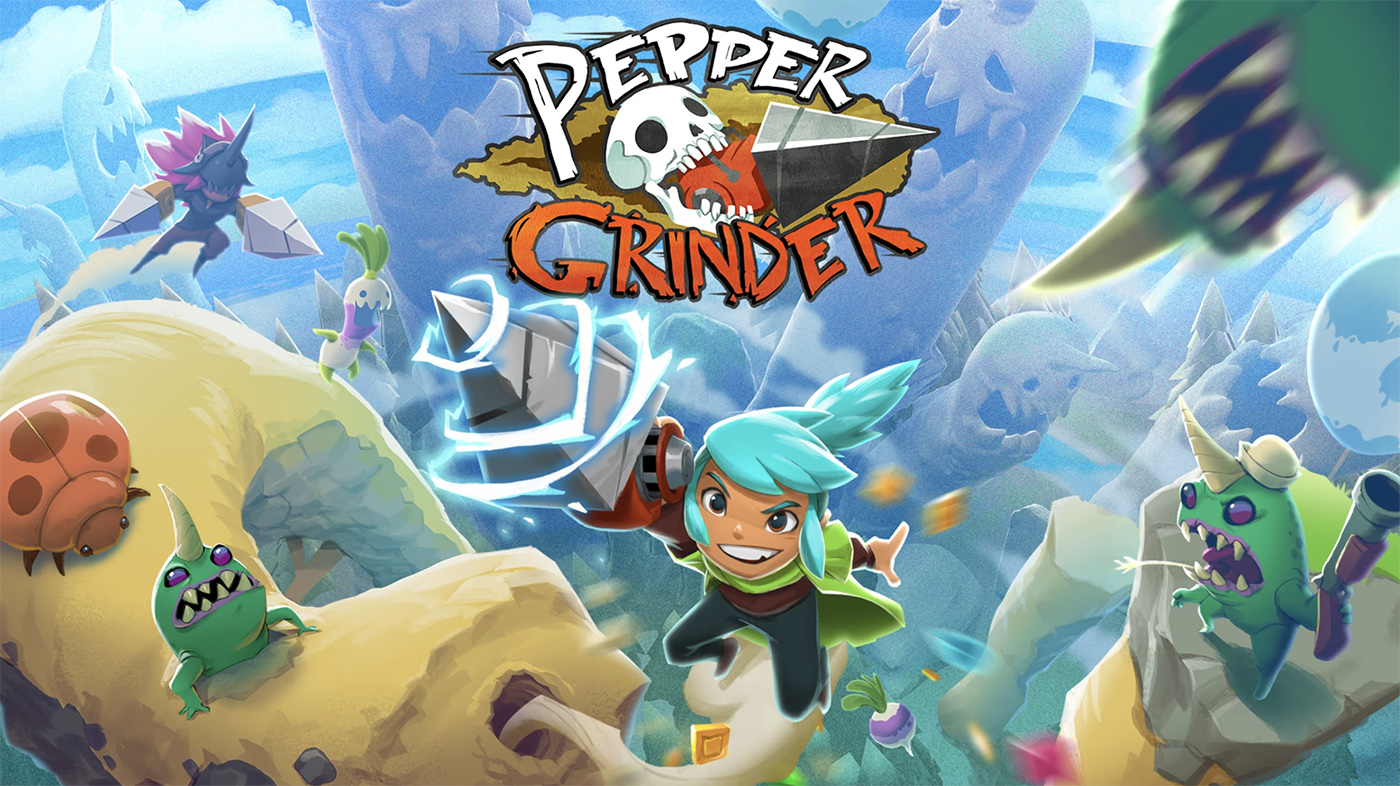 A dash and a pinch of adventure

During today’s Nintendo Direct focused on indie games, Devolver Digital and Ahr Ech announced their new project Pepper Grinder. The 2D platformer draws A LOT of inspiration from games like Drill Dozer, focusing on speed and action as the player zips around the screen.

The gist of the experience revolves around the shipwrecked heroine, Pepper, as she explores a mysterious island, looking for her lost treasure. Her main tool is her drill, Grinder, which propels her through land, sand, enemy, and even sky. But the game isn’t just about drilling down; as a sidescroller Pepper will progress through levels by fighting her way through and collecting gems and gold, often moving up, down, circling back, and launching forward. The drill isn’t her only means, either, as the trailer shows her sporting a gun and even a giant mech.

Everything looks great in the clip, right down to the pixelated visuals and the smooth motion across the screen, and we can’t wait to get our hands on the final product. Pepper Grinder launches for Switch and PC in 2023.