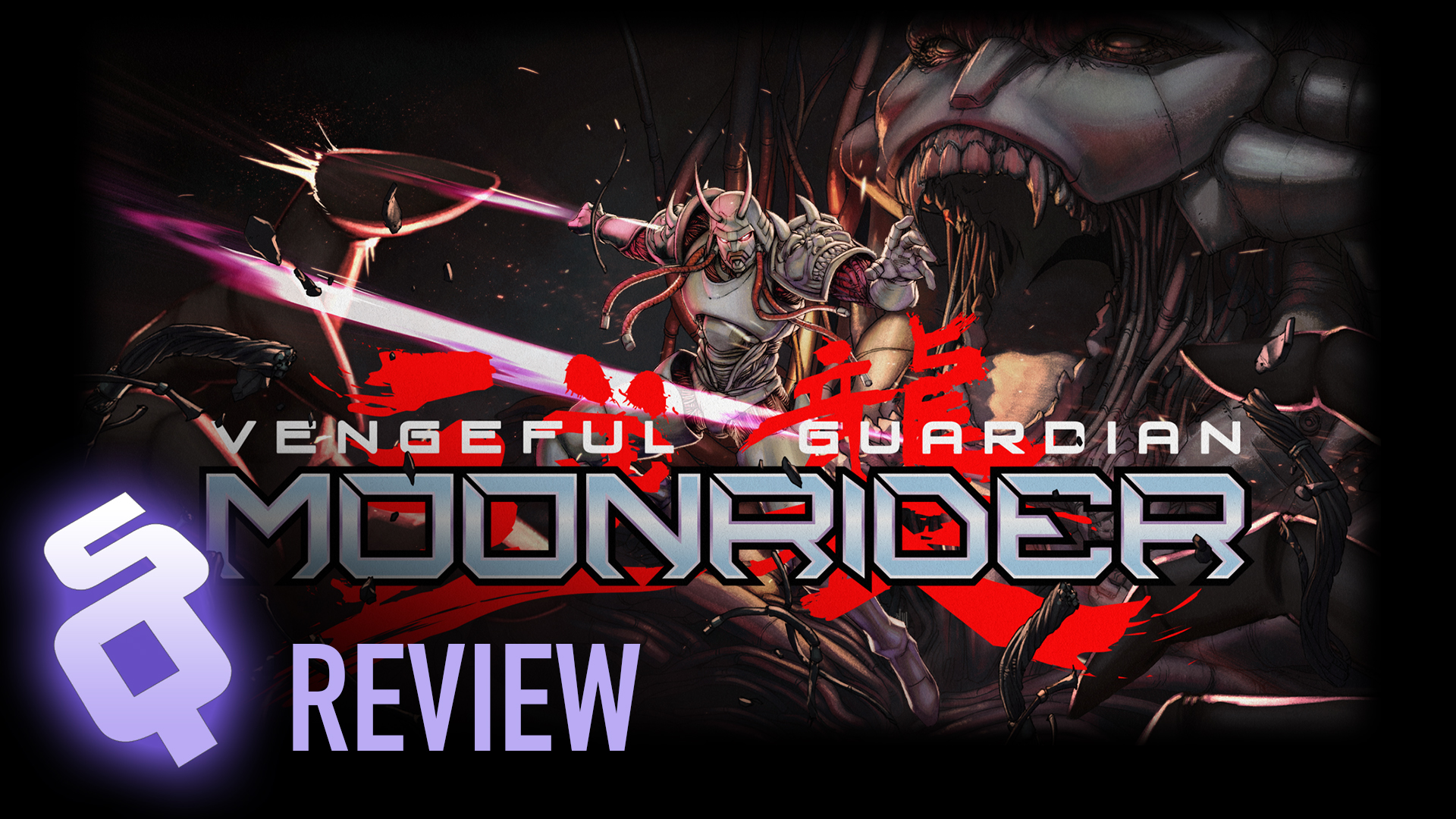 Vengeful Guardian: Moonrider is basically a 16-bit body horror Mega Man game. In the game we take control of a cyborg in a post-apocalyptic world tasked with holding down the human race, and as the only robot that’s been given a conscience it makes us that much more powerful — and vengeful. It’s a premise ripped straight out of a 1993 Gamepro preview, and though we could be tired of that nostalgia pitch, here it works hand-in-hand with the actual game design itself.

Much like the body parts that our robot hero acquires, there are bits and pieces here from great platformers of the 16-bit era (with particular emphasis on SEGA’s Genesis). There are elements of Strider mashed into Shinobi and Mega Man; we have to push forward or die, maintaining momentum as we jump and move and attack. It’s linear platforming but it feels like it’s giving us more freedom than it actually is, all due to its expert movesets and level design.

The colors and audio have that “washed out” feel that was so prevalent in the early Nineties, making the game look like it’s on a CRT and that it’s trying so very hard to utilize every color of the classic palettes. It even makes the over-the-top gore look that much more interesting.

This game was not on my radar, but I’ve fallen in love with it very quickly. Vengeful Guardian: Moonrider is scratching an itch I didn’t know I needed and proves the old adage once again: Genesis Does (what other nostalgia plays don’t).

This Review is based on a PlayStation code provided by the publisher to SideQuesting. It originally appeared on the January 11th episode of The SideQuest.