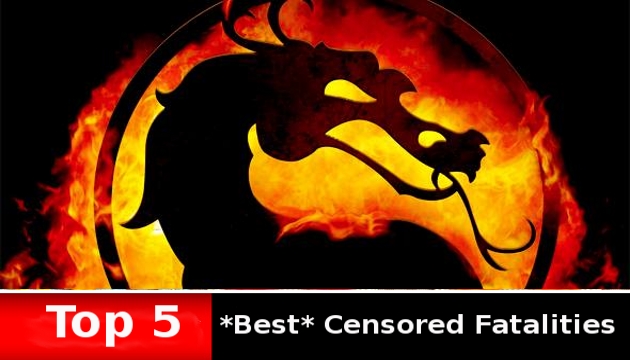 Back in its hay day, when Mortal Kombat rocked the arcades, I was stuck with the infamously neutered version: the SNES port. At the time I wasn’t really quite sure what to do when prompted to “Finish Him”, and typically resorted to an uppercut to end the round. But, when I did that on the Pit for the first time, I was a bit surprised to see my opponent fall to his death, impaled by spikes. Given how toned-down the SNES version of this game was, this was about as violent as it got. Interestingly (or…maybe not so interesting) the Sega Genesis version of Mortal Kombat, too, had all of its fatalities censored, unless you entered the “blood code” — ABACABB. This version had the *worst* all-around censored fatalities; the Pit fatality didn’t even exist unless you entered the code, so for that you have to at least give the SNES version some props.  Here’s the side-by-side comparison: 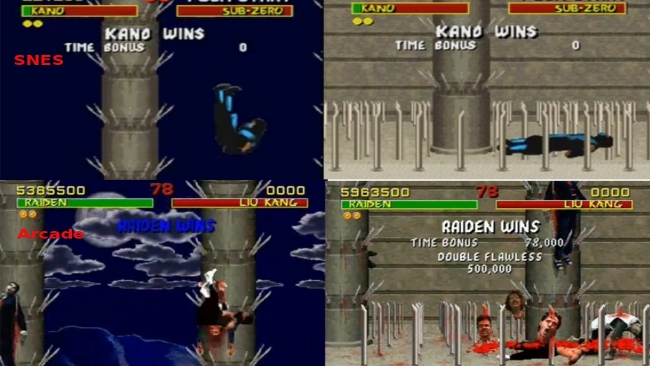 As my MK-fu progressed, I began to learn the finishing moves from friends and game magazines.  Most of them in the SNES version were terrible and hardly made any sense, but two specifically, in my opinion, were surprisingly cool, given the “PG” bounds in which the game was working. Sub-Zero’s fatality in the SNES version was 100% different from the arcade’s, but was creatively re-imaged: 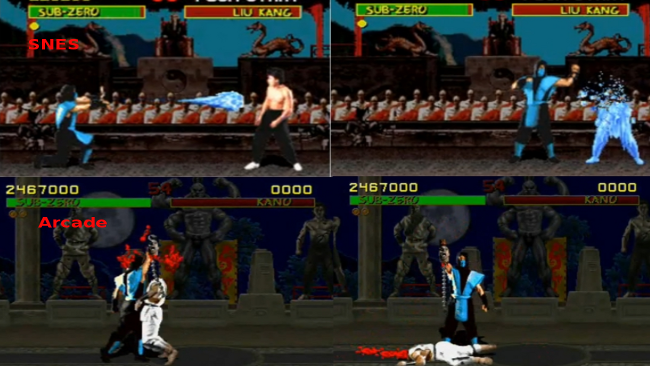 Rayden also had a slight variation on his fatality that was almost as violent as was found in the Arcade, sans the blood explosion: 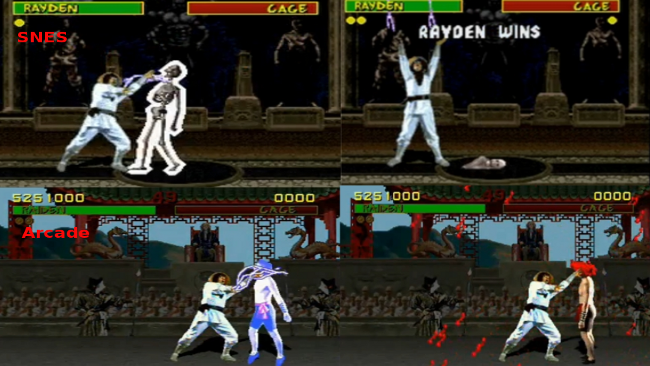 By the time Mortal Kombat II hit home consoles, the gloves were off. Mortal Kombat instigated the rating system we now know as the ESRB, and by this time all systems (even portables) retained as much of the Arcade gore as possible. In fact, for a long while we didn’t see a “PG” version of Mortal Kombat until 2008, with the announcement of Mortal Kombat vs. DC Universe.

This was met with mixed fanfare, as many figured there would be no blood and no fatalities. Early showings of the game did reveal that fatalities would exist, and the Joker’s in particular made folks think “wow….they can get away with that in a ‘Teen’ rated game?”

Concerns about the gore in MK vs. DCU may have subsided a bit after seeing what looked like was going to be allowed in the game, however by the time it actually hit store shelves it (along with others) had been censored from what had been previously shown.

Two of the most brutal fatalities in MK vs. DCU were Deathstroke’s and Joker’s which, funnily enough, both end with an execution-style shooting to the head. 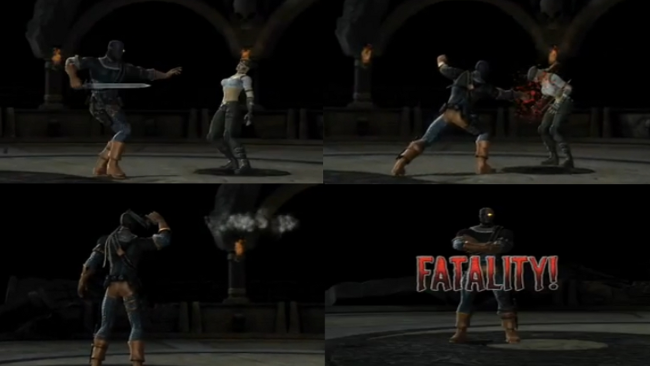 Uncensored versions of both can be found on-line, but for the final release the camera pulls away right before the gun is fired, and all you hear is the “thud” of your slain foe. 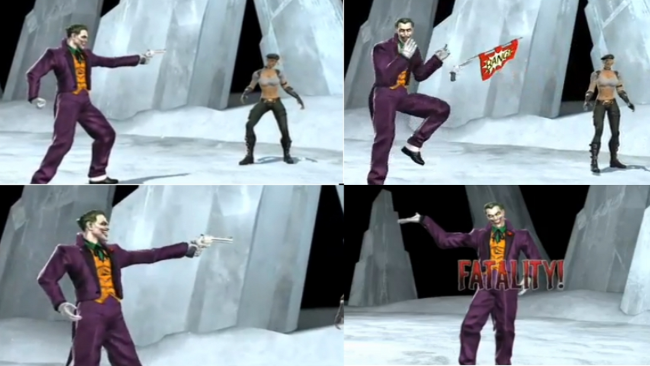 With out a doubt, the censored Joker fatality became one of the best fatalities (un)seen in a while, due to its humor and how well it fit the character, only to be neutered by the game’s “Teen” rating. And, for your viewing pleasure, here is a short video comprising the above fatalities: