Dissent in the ranks

This one is going to take a little backstory, folks. The websites we know and love have these things called “ethics statements”. They’re exactly what the phrase sounds like; a statement of ethics for what you can expect from the people who work for those websites. To be reductive, they explain exactly why the people writing about video games aren’t being paid in any way, shape or form for reviews.

They exist so you know you can trust what you’re reading.

At the Games Media Awards (GMAs) this year writers had been propositioned to tweet about a game and include a specific hashtag, all for the illustrious chance to win a Playstation 3. Now, I know what you’re thinking. This seems to be the exact sort of thing an ethics statement wouldn’t allow. You can read the thoughts and opinion of Rock, Paper, Shotgun’s own John Walker at his personal blog.

We’re almost done with the history lesson, and are arriving at why this is newsworthy. An article went up over at Eurogamer, written by Robert Florence. You can hit that link and read a well written and legitimate concern about the state of our industry, but here’s the news bit; that article has been altered. There’s a section of it missing, which was removed in part due to the insane libel laws in the United Kingdom.

This did not go unnoticed. John Walker wrote a follow-up to this entire situation, which includes links to Robert’s full, unaltered article.

The fallout from Robert’s article has been truly insane. The end of a career at Eurogamer, veiled threats, and (arguably the worst bit) disinterest and disbelief from far, far too many people. All because he decided to call out corruption in the industry.

This is a thing that should be read. If you ever want to write about games you owe it to yourself to click through all of those links. Educate yourself. If you’ve ever been curious as to why there’s so little actual journalism in “games journalism”, this is a prime example.

Keeping with the theme of this evening, Leigh Alexander has an excellent piece over at Gamasutra on the state of the industry. While the focus of the article is more on the ‘hows’ and ‘whys’ of the industry as a whole, it touches on the fiasco mentioned above, and has an apt message for the industry and it’s large variety of writers and roles: it’s time to grow up.

As someone who has strictly identified as a critic and not a journalist, I think she might be on to something.

Polygon has officially launched, and with it a new take on review scores.

It’s been a long conversation on how to properly review the MMO, and over the last few years with the rise of day one patches, constant fixes and content updates for titles of every other genre it’s about time we change how we review a game. The World of Warcraft that came out in 2004 is not the same game that existed in December 2006, and isn’t the game that exists now.

Likewise, the Team Fortress 2 and the League of Legends that existed at their respective launches are not the same games that exist today.

Polygon has plans to incorporate a timeline to their reviews, adding elements when changes occur to a title and updating the score accordingly. You will be able to see how the game was reviewed originally, and get a look at how far the game has come.

If an idea of the depth you can expect from Star Citizen is what you want, boy, does Roberts Space Industries have you covered. They have released a design document all about how ships are designed for the game, but the document itself is full of bits of lore from the game universe. It’s also got a bit of a time frame in the disclaimer; the 3D design and game balancing is taking place over the next 24 months.

Which means we have until (at least) October 2014 to drool over every aspect of this game and how much we want it. And drool we shall. 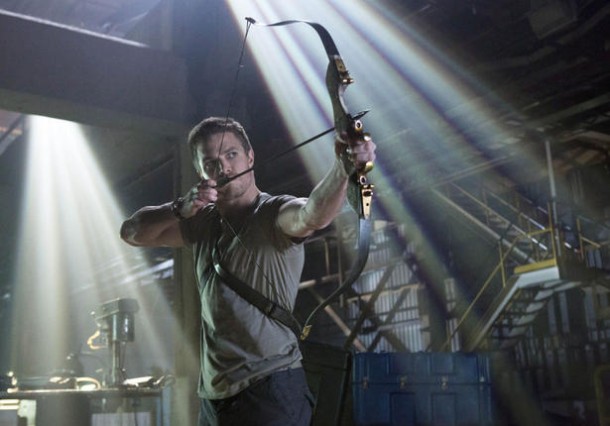 You guys should check out the television show Arrow. It’s like the recent Batman movies, but with a dude who straight up mercs people with a bow and arrow.