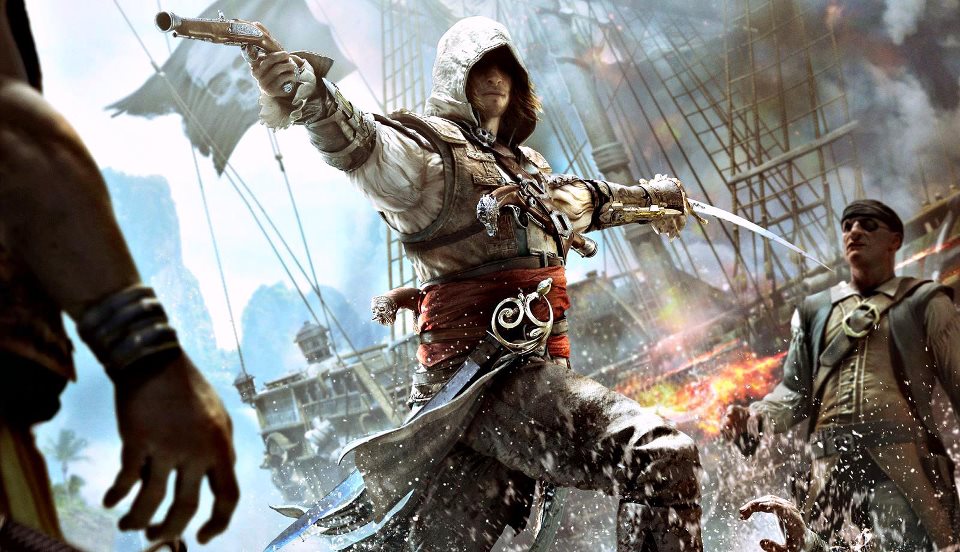 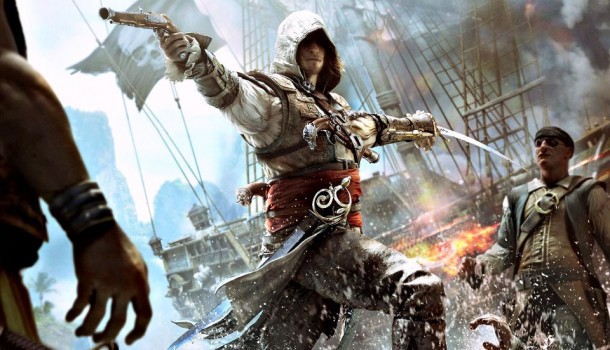 Assassin’s Creed 4: Black Flag was unplayable at PAX East this year, but we were shown some pre-alpha gameplay footage with video commentary from Creative Director Jean Guesdon and his team at Ubisoft Montreal about what motivated them to take the series to the sea.

Guesdon said that the idea behind making the protagonist in Assassin’s Creed 4 a pirate was the fact that it was an incredibly interesting time in history with compelling characters (like George Washington and Leonardo da Vinci before him, Blackbeard the pirate will the screen in Black Flag). No light was shed on why there would be a chronological hop back in time in going from AC3 to AC4, but the Ubisoft developers made it seem as though the decision to make the game about pirate was based more on gameplay than anything else. They made it clear that their angle was that the life and times of the pirate would provide an excellent context for the gameplay they wanted to deliver. 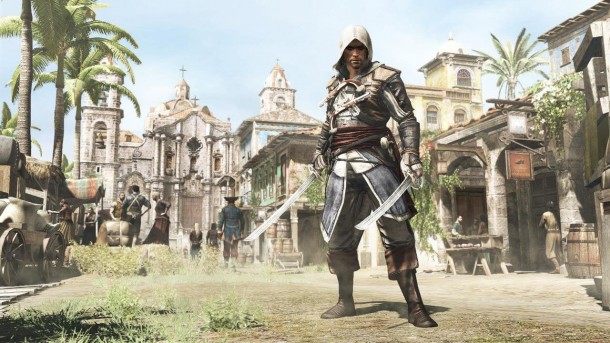 We were told that “exploration is key” as discovering islands on the Jackdaw, Kenway’s sea vessel, and traversing on jungles treetops would be a new aspect to this game. Exploration will be a focus point in Black Flag.

This time it looks like your brotherhood will be more of a living entity. Crew members are expected to die in this game as you brave storms on the Jackdaw and board enemy ships. Doing things like starting fights in pubs to earn people’s respect will help fill any empty spots on your deck.

Since writing my Assassin’s Creed 3 review, I’ve come to realize that people who did dislike the game found some haven in the naval missions. If you’re in this camp, you’ll be happy to hear that there will be new enemy ships including a new Man o’ War, a ship that’s been armed to the masts with canons on both sides.

One can expect that the sailing mechanics will be more fleshed out in Black Flag. One especially tantalizing mechanic here involves boarding an enemy ship. Two pirate vessels going at it in the middle of the sea immediately turns into a mini-environment where Kenway leads his men into battle. Once the planks are down and Kenway and his men have boarded, you’re free to climb masts and jump off sails to perform your flashy kills. 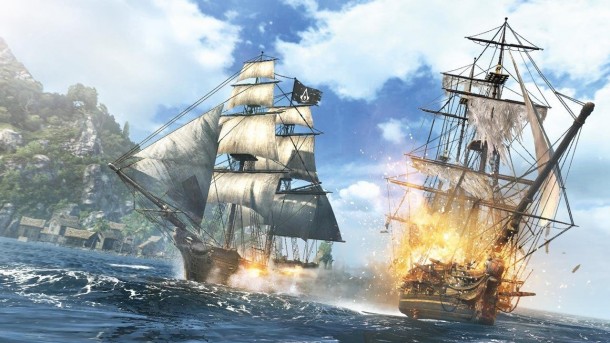 New to the series will be underwater gameplay. The player will be taking Kenway deep underwater to look for treasure in ship wrecks and maybe take in the occasional shark fight. And yes, this does mean that hunting will make its comeback. Expect to find things like shark and whale on the menu this time around.

Before being hit with the pre-alpha gameplay footage (which I honestly wouldn’t be able to pick apart from the current Black Flag commercials out), we were told that at the end of the day, Kenway is an assassin. So dual cutlasses and four pistols aside, he will be using hidden blades. We were told that stealth will be making its way back into the Assassin’s Creed formula as we were treated to footage of Kenway stalking enemies in the darkness and from jungle treetops. 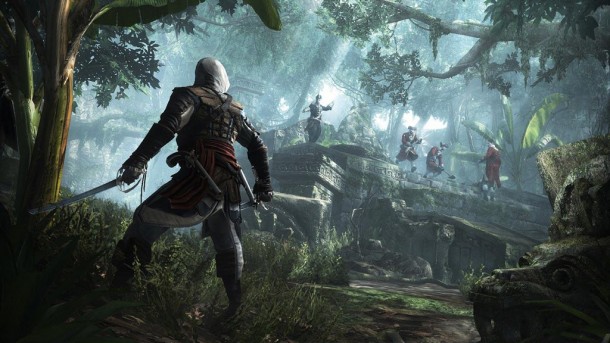 Given that there was nothing available to play this year, it’s far too early to tell whether Assassin’s Creed 4: Black Flag will be a critical success or if it will just ride the laurels of its name like 3 before it. Boarding ships and steal missions definitely appeal to me, but more hunting and sailing wasn’t exactly what I would have hoped for. Still, if it’s one thing the Assassin’s Creed franchise has done well, it’s secretly force-feeding me history lessons. The historical context, colorful characters, and exploration associated with pirates has some of my attention.