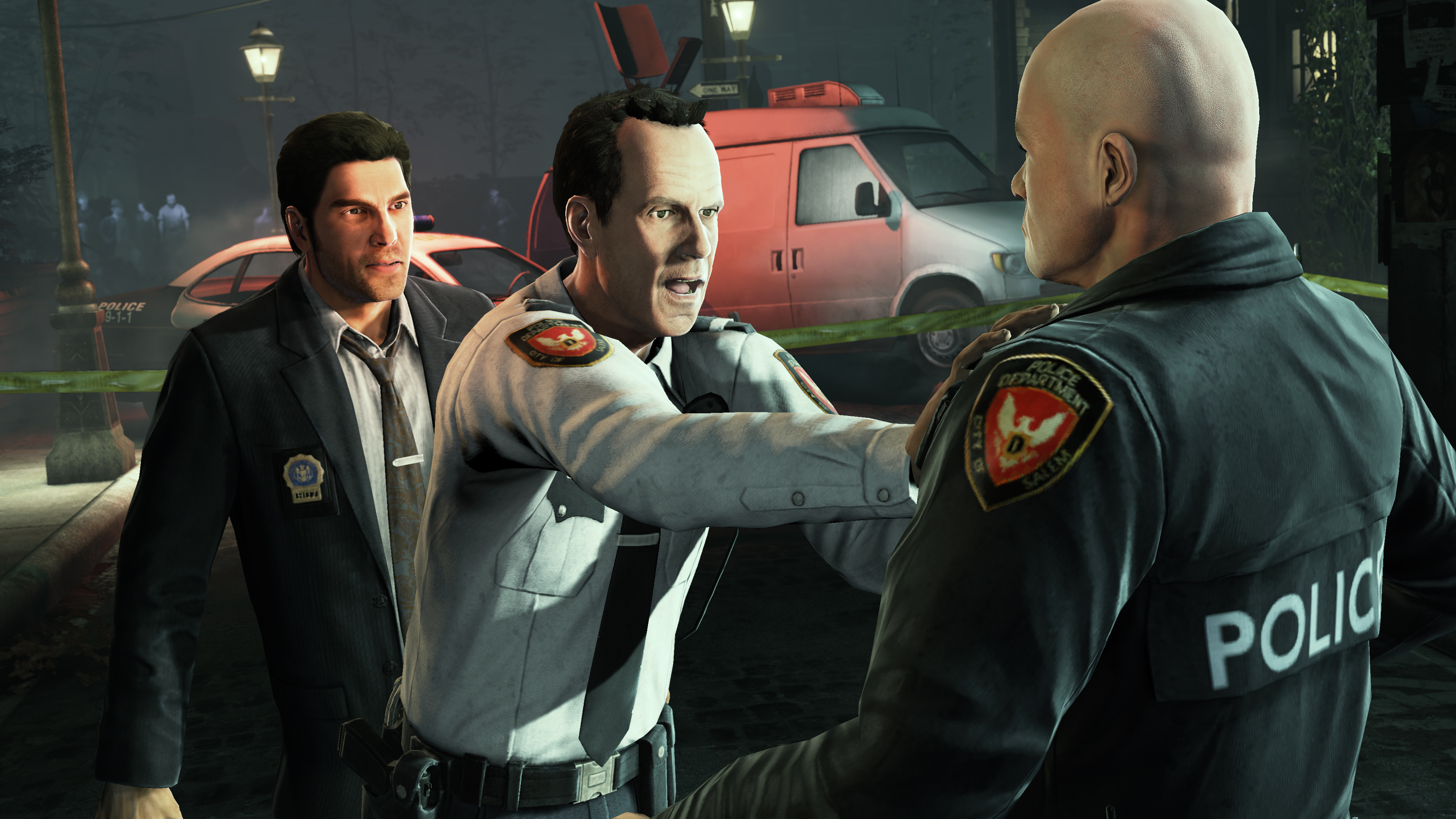 Not me, of course. That’d be crazy. Who ever heard of a dead writer doing a preview from beyond the grave? I’m talking about the game, Murdered: Soul Suspect.

I made my way through the crowded channels and back alleys of the convention center towards the Square Enix area. The demo booth was packed with the overworked industry vets and overburdened swag bags. I could hear the bass thump of simulated explosions and electronica through the pitifully hopeful plywood that separated the press and the devs from the outside world.

While I reached for my notebook, I thought back to what I knew about the case. All I had to go on were a verb and two nouns. Murdered: Soul Suspect: an absurd string of words that, when brought together with Square Enix as accomplice, brought to mind those bizarre, Eastern Gears of War clones. My expectations and my blood sugar were low, and I was ready to write this case off as another NeverDead or Mindjack.

That’s when the words “Airtight Games” flickered on screen. This peaked my interest. They had been involved with Quantum Conundrum last year, as well as the more dubious Dark Void incident. Which of the developer’s two faces would show itself today, I wondered? 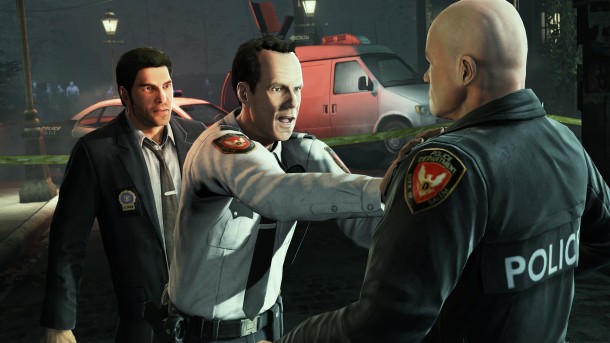 As it turns out, neither. The Murdered demo began with a CG cutscene showing just what the name implies. East Coast detective Ronan O’Connor finds himself tossed out of a second story window by an unknown assailant, then shot seven times with his own piece. He witnesses this through the eyes of his own spirit, which now roams free of his body in a sort of limbo. He can see and hear everything, including other ghosts and traces of events long past, but he can’t interact with the living world in any meaningful way.

It’s a shame to see a good cop go to waste, and apparently Ronan agrees. Because, before the light of his own last cigarette goes out, he’s already on the trail of his own murderer. The rest of the force arrives to investigate the scene, and Ronan discovers he has a new set of abilities to help them help him find the dirtbag that put him in the ground.

In Murdered, Ronan can possess the bodies of the living. While he can’t actually make them move, he can see the world through their eyes, and read their thoughts to collect details important to the case. This allows him to make deductions based on available evidence. It plays out like how an obsessive compulsive adventure game addict behaves: clicking every object in an area to get their next fix of flavor text followed by a multiple choice quiz leading to revelatory cutscenes regarding the case.

The whole affair looks like a blend of Heavy Rain and L.A. Noire with a more solid presentation than the former, and more easily deciphered play than the latter. 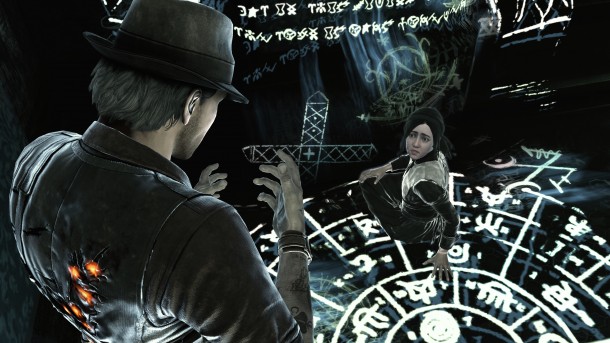 The deduction scenes complement the over-the-shoulder adventure game motif better than the guesswork of L.A. Noire’s interrogations, forcing you to rely on cold, hard facts and your gut, rather than cross-checking them with facial reactions.

Throughout the demo, I found myself waiting for the other shoe to drop and I wasn’t disappointed. There’s an obligatory combat system, revolving around the stealth takedowns of demons — entities which were once normal ghosts, but have gone insane and began stealing other ghosts’ souls. While both Ronan and the demons can walk through walls, only the protagonist can see enemies through them — as well as hide inside living hosts and teleport short distances — allowing him to get behind and “disperse” his assailants.

I guess I should be relieved there were no guns involved, at the very least, but the system looks like little more than an interruption between mysteries. My gut tells me the developers were coerced, either by executives or industry norms, to include such a distraction.

I came out of that demo booth with new leads and new hope for the case of Murdered: Soul Suspect. Compulsory combat aside, I’ve got a good feeling about the game. Airtight Games has been a small-time, unpredictable suspect in the past. Murdered might not make them any easier to predict, but I’ve got a feeling this might be their big play.

I might not have all the answers yet, but this is one mystery I’ve decided to see through to the end when it comes out for Xbox 360, PS3, and PC next year.