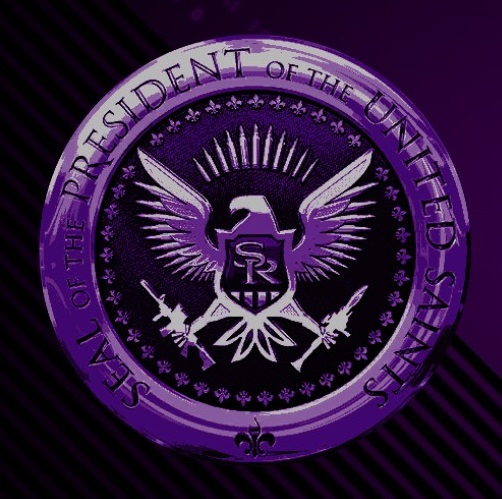 These past few weeks more than ever I have needed a distraction. A way to get my head out of reality and into something really fun, or really crazy. I just needed to not live my life, and be able to just exist. Saints Row IV just did that for me in the perfect way. For the 22-odd hours I was in the world of the Saints, I was just able to sit back, and bliss out to the quiet mumble of the incoherencies of Steelport.

Over the course of playing this game, I realized that any hurdle between the player, and fun, was ripped down by developer Volition, and thrown to the side. Sometimes it is as simple as giving you super powers. Other times, it is giving you a stupid (awesome) weapon like the Dubstep Gun. 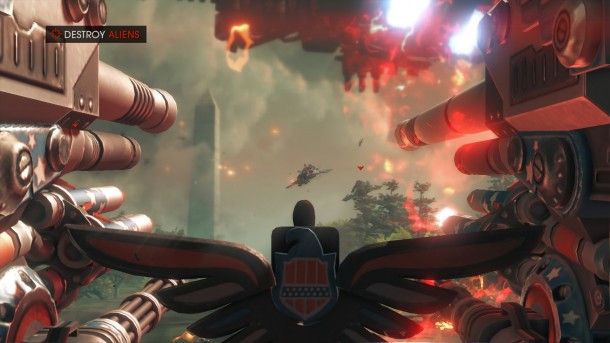 Former FBI agent, and current Saint, Kinzie, manages to give you some super powers in the simulation by “hacking in.” Basically, you are completing side quests and collecting “clusters” – think green orbs from the Crackdown games – that give you upgrade points to spend on new offensive powers, or other movement abilities. There are more than enough clusters in the game to fully upgrade your powers, and at a point, they are there just as a way to let you explore the world.

I was able to have fun for a couple of hours just jumping, gliding, super sprinting, and dive bombing around the city collecting the clusters and grabbing other items such as audio logs along the way. The movement feels like it was lifted directly out of Prototype, polished up, and shoved out the door (that is a good thing!). The super powers make any kind of ground vehicle irrelevant fairly early on in the game. Jets, helicopters, and UFOs are still useful, though, as going from one side of Steelport to the other can take a bit of time.

The main story and some key loyalty missions lasted me about 11 hours. In that core story, there isn’t much in the way of filler. It feels as though Volition didn’t want to waste anyone’s time, and simply built the story to be fun at any given moment. The loyalty missions were essentially ripped out of Mass Effect 2. Each of your fellow Saints will want you to do a uniquely crafted mission with them in which you will learn more of the character’s back story. At the end of each of these missions, it will unlock their super powers, and when you phone them in for support (just like in Saints 3), they will be much more effectual at taking down enemies. 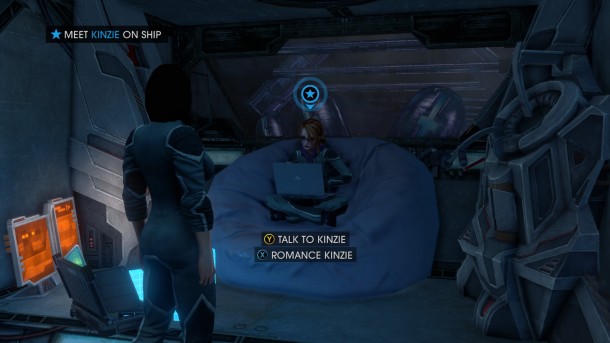 For an open world game, the story is very direct, and the way the story is spun is absolutely fantastic. Some poor marketing decisions spoiled the return of a character for me, but other than that small complaint, I had more fun with the goofy, dumb, stupid, hilarious, amazing writing and story of the mains quests in Saints Row IV.

I really want to go into the details of it all, but I truly believe that the story in this game is one that has to be played first hand to fully appreciate, and a good working knowledge of past games in the series will benefit you quite a bit. There are some jokes (not many) that could fall flat if you don’t know characters from the first two games in the series.

Now I have to get a little transparent with you: I played this game on my new gaming rig, on pre-release code sent to SideQuesting by publisher Deep Silver. With the copy of the game, there was a list of known bugs of which I cannot reveal that they know about and have claimed to have them either fixed, or in the pipeline to do so before launch, however, I never experienced any of them. On this PC build I played, I experienced several bugs, but, none of them were game breaking, and usually resolved themselves within seconds and weren’t detrimental to my overall enjoyment. 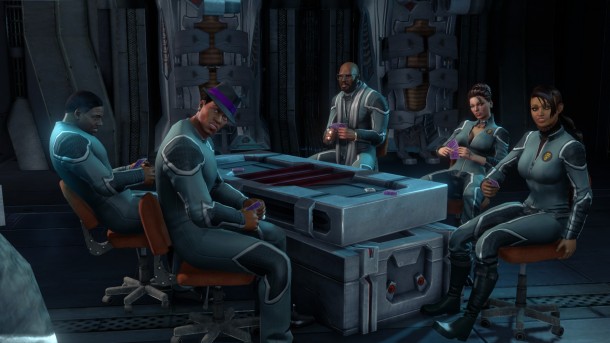 Also, even on my new machine, the game didn’t perform as well as I would have liked it to. Several times throughout the game, the frame count dropped by half, and in many instances, the world was a bit slow to stream in while gliding or flying at high heights. Once again, it was pre-release code, so this may be cleaned up by the time the game hits, but I can only tell you about the experience I had.

Even with any technical problems I may have had, Saints Row IV is one of the best experiences I have had with a game this year. The absurdity of everything happening around you and the great action was always a blast. In a fantastic year of games, Volition and Deep Silver managed to put out a product that stands with the best that has been offered by anyone, and strives beyond in many cases. You owe it to yourself to play this game. Crack a beverage, sit back, and just lose yourself in the world of Saints Row IV.

This review is based on a digital copy of the game sent to SideQuesting for PC.