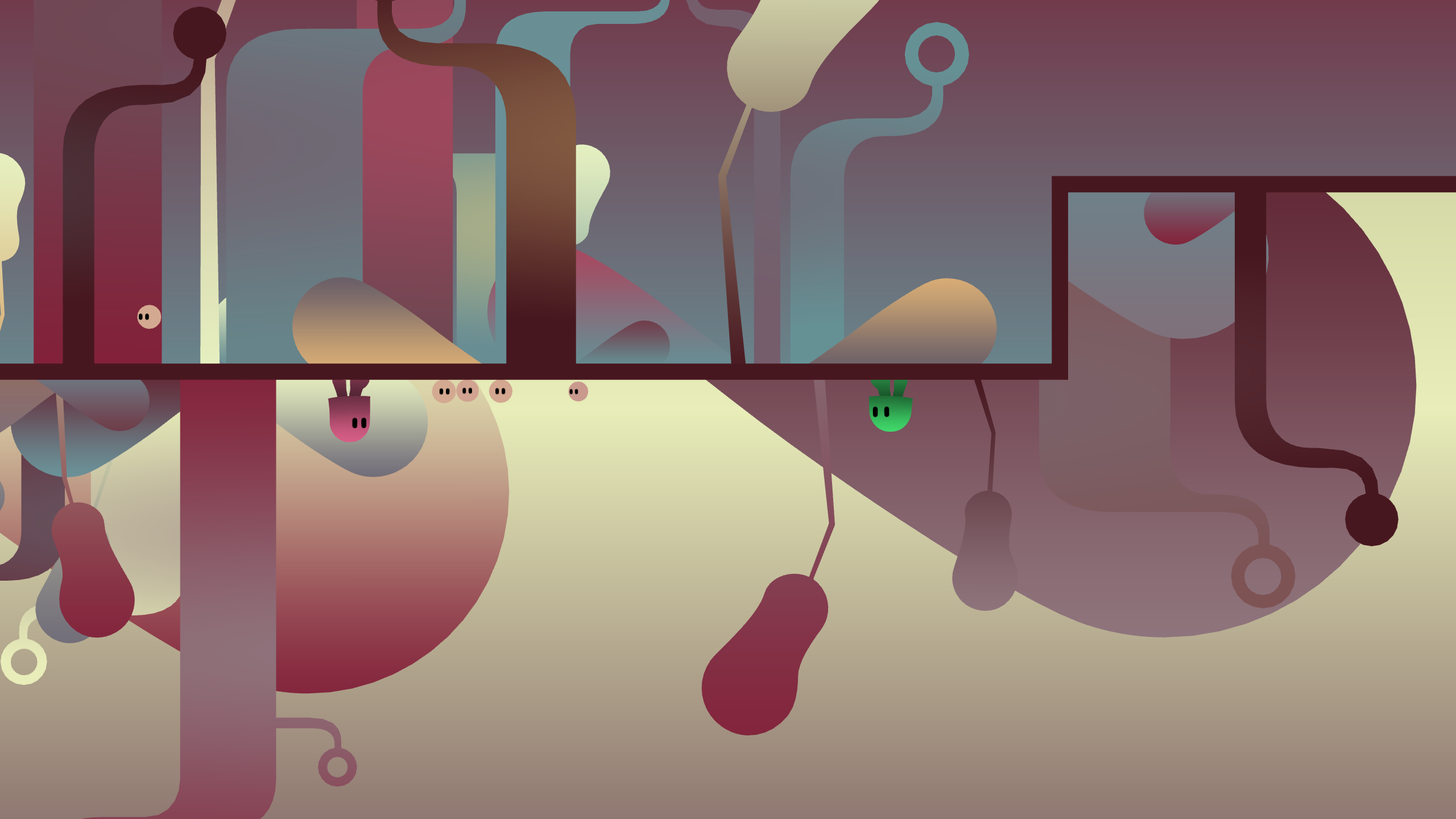 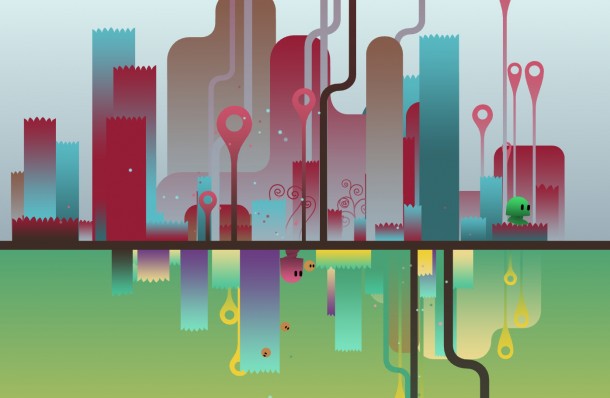 Single-player Ibb and Obb asks the two hemisphere’s of your brain to act as independents, controlling either eponymous protagonist simultaneously with a different analog stick. Imagine taking the cooperative features of We Love Katamari – which tasked partners with simultaneously controlling the same character — and playing it in reverse. It’s all about mental coordination on an often hilarious scale.

Not only does this make it the best adaptation of “A Scanner Darkly” since 2006, but also nearly impossible without a friend. There’s a reason the game gives two-player mode top billing on the start menu. Even with a partner, expect Portal 2 levels of brain teasing. In fact, between the game’s momentum manipulation and cooperative brain-tickler tackling, the whole thing feels rather a lot like Valve’s co-op multiplayer romp. The gumdrop-like Ibb and Obb are navigated from left to right, as genre tradition demands. The two use sundry platforms, and often even each other to collect crystals, stomp enemies, and just generally do the A-to-B shuffle. The twist comes from a gravity swapping X-axis. 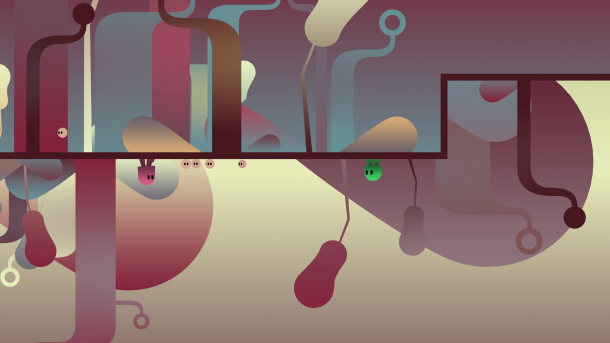 Dipping below the floor of a level reveals an upside-down counterpart, and navigating between the two is usually key to solving puzzles, and a requirement for defeating enemies. Black, bouncing blobs will attempt to impede our sugary duo, but getting above or below them reveals a weak point – a “negative” version of the enemy – ripe for exploitation in order to burst its opposite number into delectable, collectible crystals.

The systems at play may lack the complexity of Valve’s puzzler, but the simplicity makes up for it with a purity of focus. There’s no plot or dialogue to abstract from Ibb and Obb‘s gameplay. Setting it on the 2D plane also makes it much simpler to survey an obstacle, consider the options, and experiment with minimal realignment time.

That’s not to say the game is bereft of personality. The visuals are comprised of simple, abstract shapes and colors, but are pleasing to the eye. It’s not an arresting look, but it is a sharply drawn one nonetheless. There’s also a soundtrack relaxing enough to loosen your bowels if you’re not careful. The whole package is a soft-shoe melange of PLUR — a warmer, muted cousin to one of Tetsuya Mizuguchi’s holographic roller coasters.

It’s completely at odds with the nigh unplayable single-player experience. Assuming you’re the type to laugh at yourself, stumbling over your own buffoonery is amusing – for a while. The challenging puzzles devolve into frustration the moment it takes you to realize you know the solution to a puzzle, but simply lack the thumb coordination to pull it off – again, and again, and again. 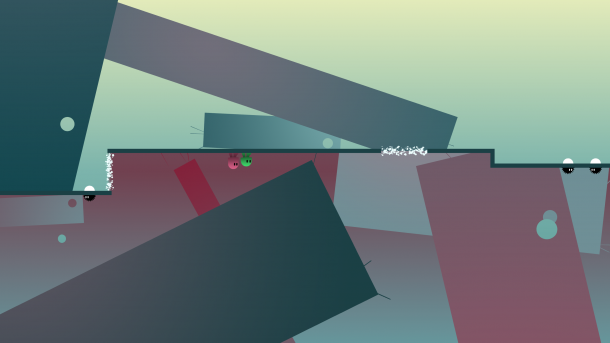 If you can develop a more effective report with a human counterpart, it’s a much more enjoyable experience, if a bit on the short side. With 15 stages, and maxing out the gem count in each as the only incentive for repeat visits, Ibb and Obb feels like a thin product: not too short, just one-dimensional. That’s assuming the lines of communication aren’t filled with the half-serious shouting matches symptomatic of a game which requires players to jump off one another in midair. It’s been entirely too long since I’ve been called an idiot in person with as much frequency as while playing through Ibb and Obb. That alone is probably worth the price of admission, assuming the more serious aspects aren’t enough.

That reason stands above all others as why playing this game in couch co-op is an absolute must. Two people trying to sync their movements with such an alarming failure rate is comedy gold that’s best experienced first-hand.

This review is based on a copy of the game provided by the publisher.