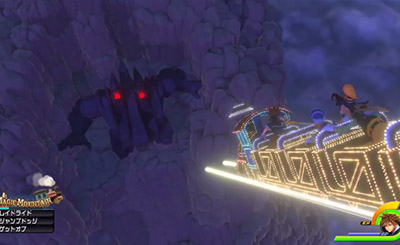 We’ve been waiting for a new Kingdom Hearts game for what seems like forever, and when it was officially unveiled this past E3 we were extremely happy. The latest video, straight from the D23 conference in Japan, shows us what the battles of the game will look like. Hint: they’re extremely pretty.

The new gameplay trailer plops Sora and team into the heart of Disneyland, battling enemies on disco pirate ships and Magic Mountain trains, battling rock giants. Preorders for the game are now open, and it arrives sometime in the future. With Square Enix, that could mean 2014, 2015, or 2025.

Either way, it’s fun to see nice gameplay, even if it was all a dream.