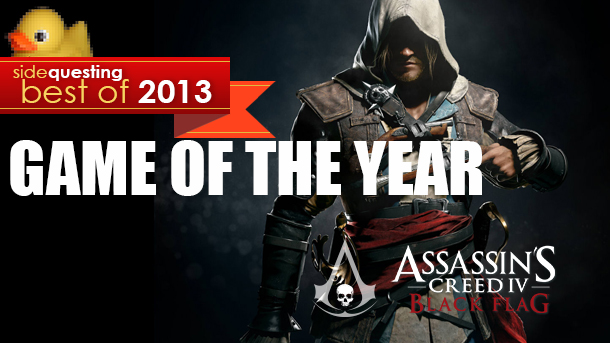 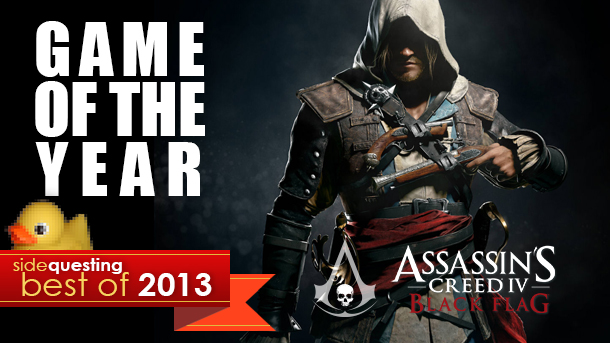 During the 1600’s and 1700’s, many sailors deserted their honest work and became pirates, so that they might indulge in the lifestyle’s promises of gold and freedom. This past year, Assassin’s Creed IV: Black Flag extended similar promises to its audience, offering players the freedom of an open world and the opportunity to plunder as many ships as they pleased.

Ubisoft delivers on these promises of freedom and plunder with the resounding boom of mortar fire. It’s the unscripted moments of gameplay where Black Flag really shines. The Caribbean Islands make a living, breathing environment, capable of producing violent storms as easily as they might send profitable flotsam into the Jackdaw’s path. Players may find themselves in the midst of one of those storms while they battle a fort, forcing them to steer clear of deadly water spouts and cannon fire alike. Encountering a docked Man O’ War gives gamers the choice of engaging the ship in open combat or stealthily boarding the vessel to kill its crew. The spontaneity and flexibility of such moments make for a truly immersive experience, and the availability of collectibles, side missions, and puzzles from the outset of the game ensure that the open world remains as alluring as it is exciting. 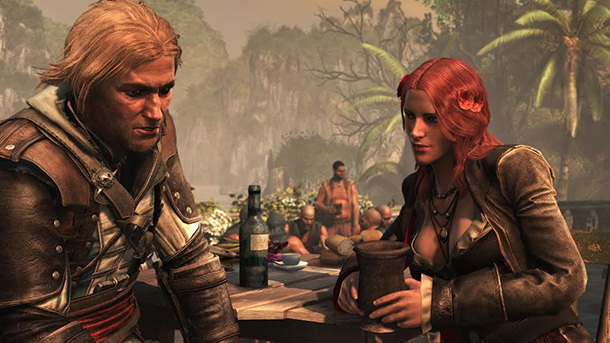 This freshness and freedom even persists in the structured narrative aspects of the game. Black Flag shifts away from the Assassin/Templar conflict and focuses instead on the pirate Edward Kenway, who finds himself caught between the warring factions. This turns the Golden Age of Piracy into the player’s sandbox, giving them the chance to rub elbows with the infamous Blackbeard and the simply awesome James Kidd. Players can opt to sail straight through the main storyline, or they can set their sights on unknown horizons to uncover the Caribbean’s hidden treasures. Such freedom makes the player feel as though they’re adding their own flourishes to an already entertaining narrative.

Assassin’s Creed IV: Black Flag is a gust of new wind in the franchise’s old sails, and it is one of the biggest—and most pleasant—surprises of the year. Its immersive world is brimming with shipwrecks to explore, catchy sea shanties to unlock, and legendary ships to conquer, making it easy to play for hours upon hours. That’s why SideQuesting has united under the Black Flag for our Favorite Game of 2013.