In many ways The Surge is something very unique; it presents us with an interesting and engaging world, one that might not be too far off from our own. The technology is not terribly futuristic and the political climate presented within the game isn’t too far either. Everything is grounded in a very realistic and gritty setting. You play as a nameless character who is paralyzed from the waist down and who has chosen to get a mechanized suit drilled onto his body so that he can walk again. The plot is absurd and what happens after the intro is equally as silly and exciting. What The Surge does besides these fun story ideas is gameplay that most are very familiar with and enough to distinguish it from its medieval predecessor.

When I heard about this game I was pretty apprehensive. The Surge is developed by Deck13 who also developed Lords of The Fallen. I was not a huge fan of it, as I felt it tried TOO hard to be like Dark Souls and failed almost completely. But The Surge had piqued my interest because I’m a sucker for mechanized things, dystopian futures and Dark Souls-like combat. Over time I eventually became hyped for the game, defending it at any cost from people who would say that it was just ANOTHER Souls clone.

The Surge is not a clone of Dark Souls like Lords of The Fallen is. Sure, the gameplay feels familiar to a fan of the Souls series, but what The Surge does differently than the other clones is apparent in a few key differences. Within your playtime you will encounter many little mobs of  bad ass enemies  which will absolutely destroy you in three or four hits. The bad guys are mostly dead bodies in mechanized exo-skeleton suits with exposed parts for you to hit and deal more damage. One of the coolest mechanics within is how you get schematics to build new weapons and pieces of armor. If you see an enemy that has a piece of leg armor you want, you can target that body part specifically and attack it, and when you build up a dismemberment meter you can execute an attack that will allow you to pick up the schematic for that piece of armor or weapon. You can then use your scrap to build new and improved weapons, upgrading your armor and yourself as a whole. 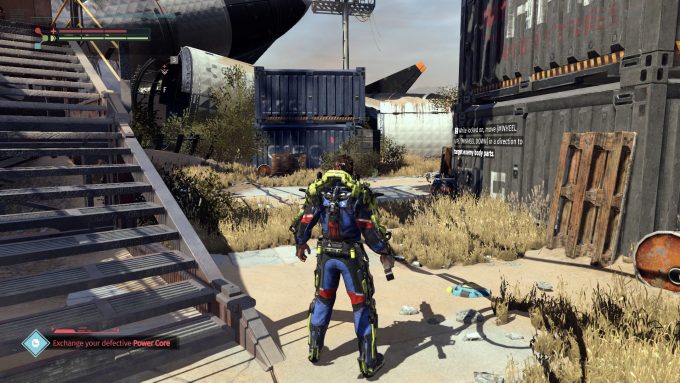 Throughout the game you will be navigating your way through a huge facility. The halls are twisty, narrow and dark; it’s a maze in there and you have to have your wits about you at all times. The Surge feels like the beginning area of Dark Souls but throughout the entire game. Every area feels like a small puzzle with many doors, small nooks and crannies that you can’t reach yet until you gain a certain skill. The backtracking in the game is an annoyance but also makes for some really awesome gameplay moments.

Now, I know I keep bringing up the Souls‘ series, but it’s the closest we’ve got for comparison. Other games have tried to emulate the subgenre but The Surge is the one that has gotten the closest so far. The overall design of the world is very pretty to look at and feels a bit inspired and derivative of other sci-fi works. This gets me to what makes it just an okay instead of awesome game. Everything has been done before; nothing within is new or original by a long shot. But does this make it a bad thing? Not at all. What it does, though, it does so to a point of just passing. Like, The Surge is a student in college who is just there coasting by; they know what they’re doing but they don’t have the substance or gumption the other kids have. 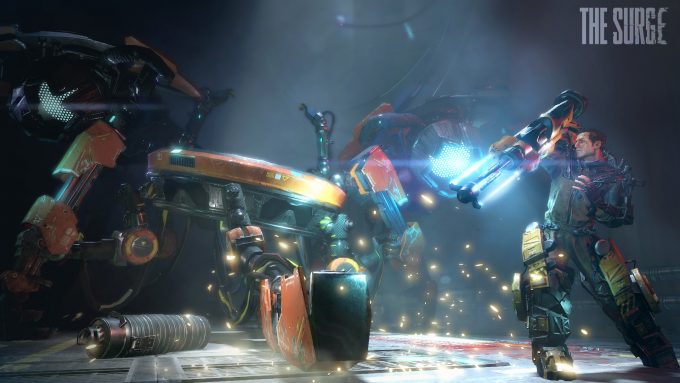 Overall my experience with The Surge was a positive one. I don’t regret the time I put into it, coasting through the game like it was my job (which is true). I am still telling friends about how much I like the way it handles its gameplay and level design. The game fills a niche that we don’t really have much in gaming: it’s like junk food, b-rated movies, stupid stand up comedy, badly drawn comics, the show COPs and vine compilations. All of these things are exciting and fun and will most likely be forgotten in a year or two by most, but there will definitely be a core group that is still obsessed for years to come. The Surge is a capable weekend adventure, filling a need for a game that’s not necessarily striving to be good, just good enough.

This review is based on a Steam code provided by the developer to SideQuesting.