This is some messed up stuff right here.

Trover Saves The Universe, the new game from Justin Roiland (Rick & Morty), takes the creator’s brand of humor and twists it even further. The new demo of the game, which I took for a spin at PAX East this past weekend, drops us off in the very beginning of the adventure and teaches us the ropes of how to get around and understand its setting. There are VR and standard screen options, as well as a NSFW and “clean” version to try out. I’m a damned adult, though, so I go in for the dirty. 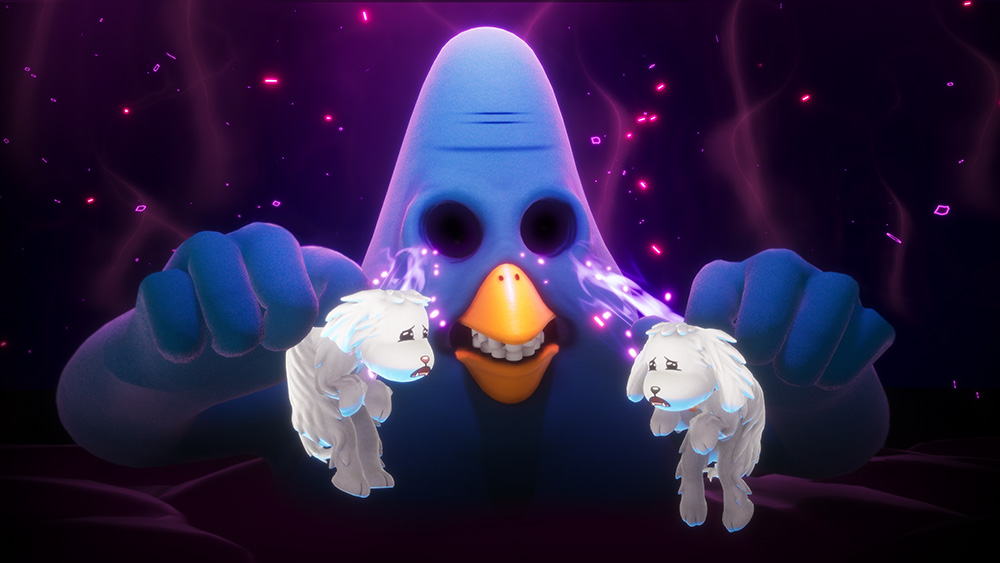 Glorkon, a giant alien with holes where his eyes should be, has kidnapped our darling puppies and slammed them into his sockets, wrecking havoc around the world. We learn this through a TV news program in which (complete with plenty of “shits,” “fucks,” and other cuss words) we found out that it’s essentially our fault that this whole mess has happened. In this world we’re confined to a chair, due to some law that prevents humans from walking. This proves advantageous in VR, as we really only have to look around, look at things, and activate actions by clicking buttons on the PlayStation’s controller, which is visualized in the game itself to help ground us. We can look around and point our gaze at objects we want to interact with easily, and to turn our entire viewpoint we tap the right stick. Though this is fairly normal in VR experiences, what is a little off here is that the screen doesn’t smoothly turn; rather, like Resident Evil VII‘s snap turning, it sort of clicks around. I’m not sure if this can be adjusted or not, but it may have been a show floor necessity, as smooth turning is known to cause motion sickness for those that aren’t used to VR. Thankfully it didn’t bother me or slow me down, so much as it forced me to be a little more definite as to where I wanted to turn. 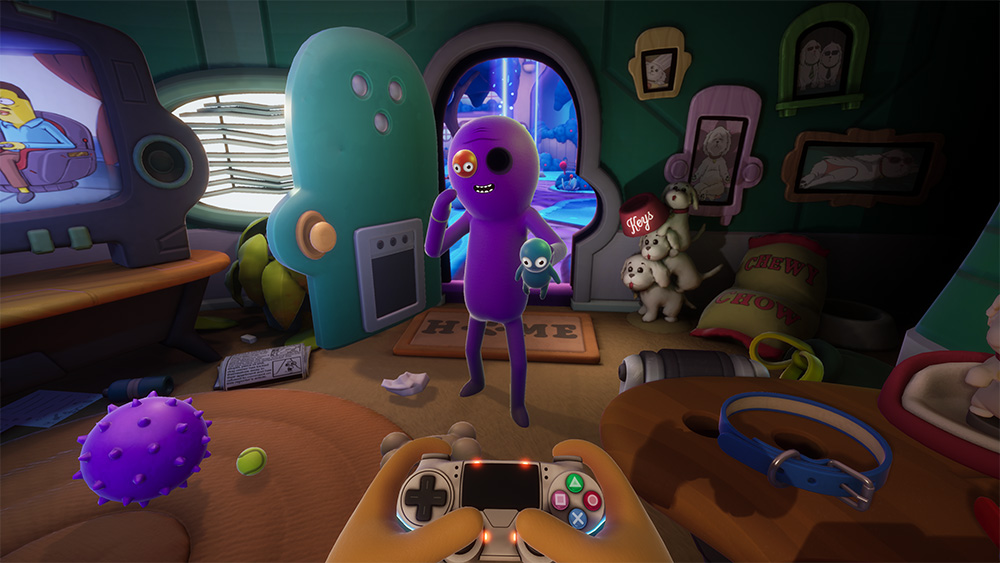 In our messy room, now devoid of doggos, we can pick up things, through things, and examine things. All fairly normal stuff. Being in a chair the entire time makes me want to stand up, but this is the moment that the purple lead character, Trover, actually shows up. Busting through our door, he berates us a bit, pulls out one of his eyes and slams it into our on-screen controller. We’re now tasked with coordinating two characters at once. We can control Trover, he tells us, which lets things get very weird very fast. Outside of our home he’s has activated a few warp points to let us zip around the little town we live in, while we force him to run around, jump, and hit mailboxes. It’s actually a novel explanation for how to get around the typical narrative issues with on-rails VR and the associated actions. We’re stuck in a chair because IT’S THE LAW — and also to keep our gaze fixed and alleviate control issues. As we hike around the villa we come across one of our neighbors, who berates and yells at us for Trover’s walking. We can challenge his disposition — which in my case leads to Trover beating the living hell out of him. 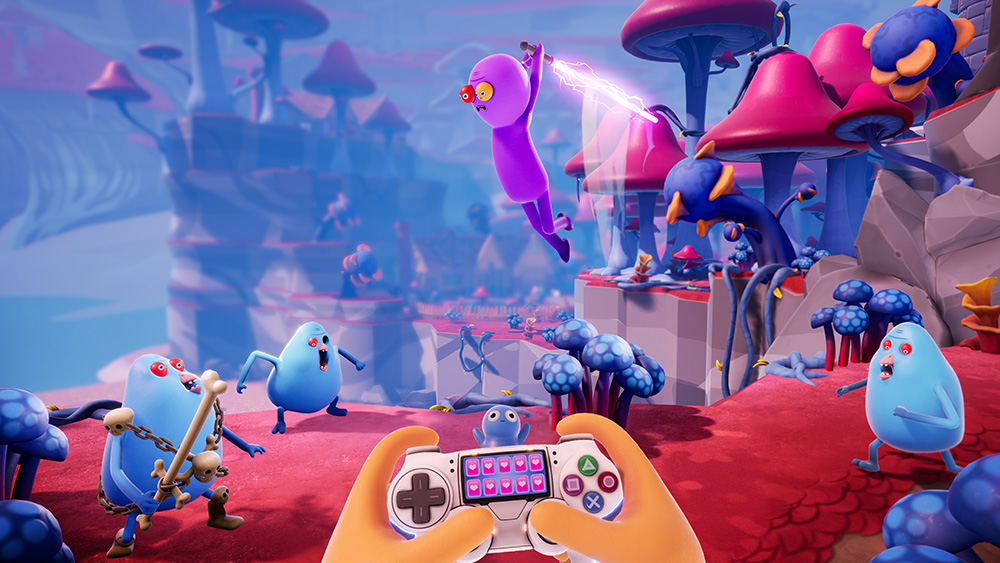 “Oh fuck, I think he’s dead! We gotta get out of here!” yells Trover. I wonder what would happen if I didn’t murder the old man and continued on my journey? As we make our way across town, we come across a giant portal, from which turd-like enemies are spewing out of. We control Trover in battle, whacking away at the aliens (monsters?) until they’re all defeated. “Let’s get to my ship!” he continues, and we do, running (and teleporting) over to his space vessel. Once inside, we look around, pull a few levers, and, just before we’re about to take off and end the demo, discover a trash bin, bunched up paper and a basketball hoop. Yup, I start shooting hoops. And keep shooting. And keep shooting. And… keep shooting. “That’s basically the end of the demo… once you turn around and launch the ship. Sir. Sir, that’s about the end of the demo.”

The demo is fairly bare bones, introducing us to a few things here and there, but this dumb little mini-game at the end had me oddly hooked. Perhaps that’s what Roiland and Squanch Games are aiming for: a bizarre adventure with little details that engage us, or suck away our time. I enjoy Roiland’s style of both comedy and visual design, and liked how dumb the Trover story seems to be. It somehow addresses the shortcomings of VR and gaming technology, and puts some sort of sense to how it all works together. Beyond this absolutely short, 5-10 minute demo, I’m curious to see how the full game will hold up and if it will maintain this same pace of absurdity.

Trover Saves the Universe arrives on PS4, PSVR and PC on May 31.