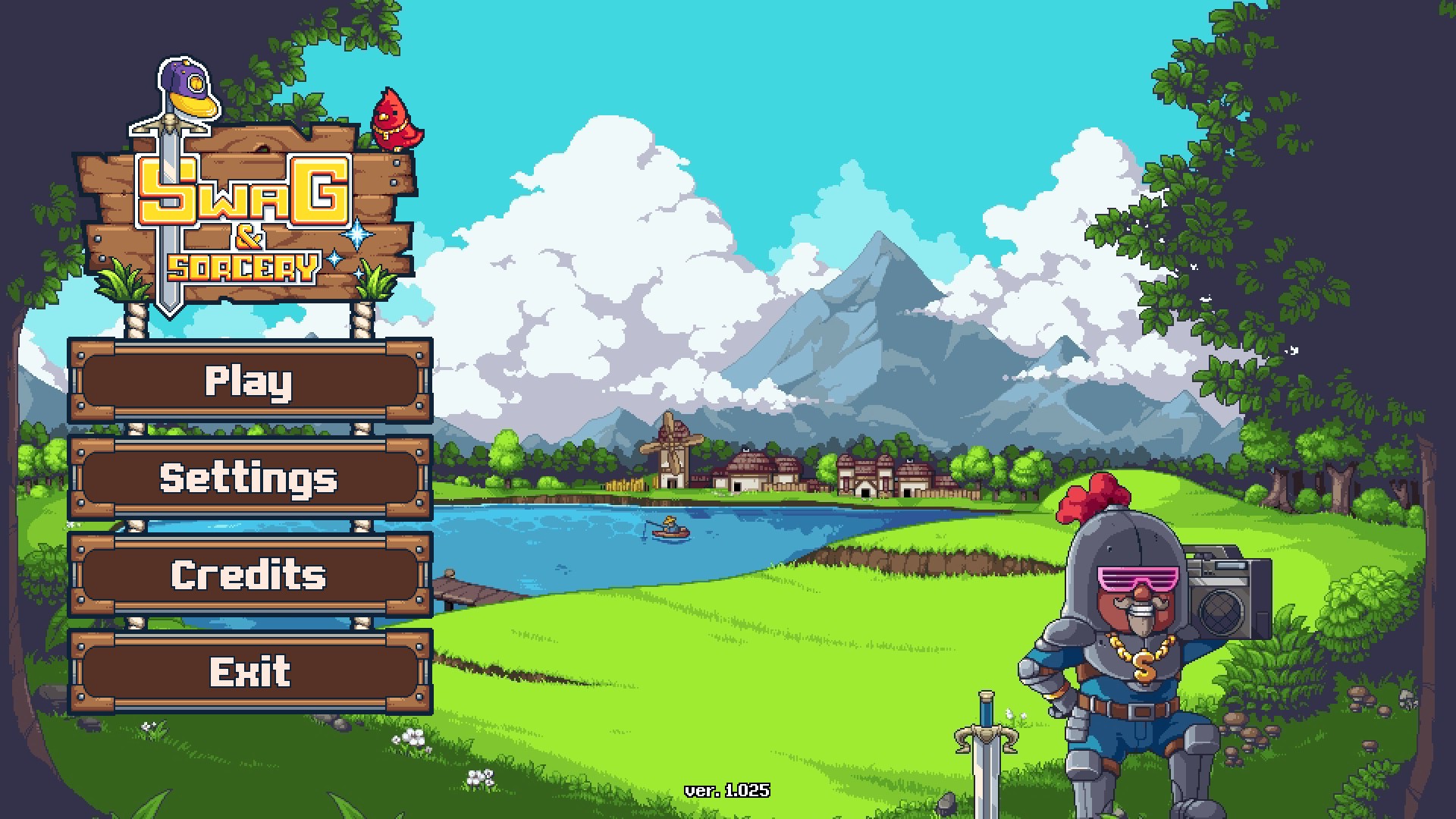 Swag and Sorcery delivers what it promises pretty much right out of the gate. A story set in a world where stylish outfits, for some reason, rule, and an evil (or maybe misguided) magician wants to take over and rule in better fashion. Pun intended.

But the story as delivered doesn’t ever really explain the whole fashion thing. It’s fully a mechanic of the game — you pay gold to take part in regularly held fashion contests, which usually have a color preference and a theme, and winning nets you crafting material rewards and some amount of gold. Win enough contests and your village slash base of operations becomes more famous, leading to larger, more difficult fashion contests, leading to larger rewards for winning.

These seem to nicely scale alongside the other half of the gameplay, which is a more standard mix of idle game and RPG. Hiring heroes to send them out into a set of maps, where they automatically fight monsters and gather resources, to build and upgrade buildings, to level up those heroes and build them better armor and weapons to challenge the harder maps — and also those pieces of gear often have a color associated with them, tying them back into the fashion contests.

Leveling up a character increases the gold cost of the next level, and provides a bump to that character’s stats, and alongside that each of the four main stats can be individually increased, for a separate, ever-increasing gold cost. This has the double benefit of eventually making the automatic battles easier, but also occasionally allowing a character to wear items that have a level or a stat requirement.

Those items, meanwhile, are half of what gives it the feel of an idle game. Beyond the absolute basic gear, you have to use the materials you collect to craft special crafting materials to craft gear, and all of that crafting comes alongside a timer to completion. It feels like there should be some kind of in-game speedup, or some kind of idle game micro-transaction booster, but there isn’t. You just sit through it.

The timers aren’t usually egregious, but coupled with the fact that every active portion of the game is automatic, the entire experience feels adjacent to a clicker game. As if to double down on that feeling, the game rather quickly becomes very, very grindy.

The difference in difficulty between each of the adventuring zones has a steep jump beyond the very first one. In order to not frequently die, you end up needing to make a lot of money to improve your characters, and while winning fashion contests does offer rewards, the best method of earning the quickly egregious amounts of gold required to even eek out a single new level is to grind materials to make and sell gear off. Towards the end of the game, these items can net thousands of gold per sale, but earlier in the game you’re looking at maybe a few hundred if you’re lucky, which means lots of gear to be sold, which means lots of grinding. Then, of course, you need to make a bit more gear, because those fashion contests are ever present.

Thankfully, Swag and Sorcery isn’t a game you need to focus on. It’s a game you can look away from, and do other things during. Even if you forget it’s there, nothing happens if you haven’t explicitly set it to be happening, so there’s no worry about walking away and coming back to a ruin of a game. So the grinding, while time consuming, isn’t mentally fatiguing. You don’t even really need to think about it, if you don’t want. I found myself pairing my time with Swag and Sorcery alongside a marathon re-watch of one of my favorite television shows, and before I knew it I had beaten the game, and fourteen or so hours had passed.

All in all, Swag and Sorcery is a neat little idle-adjacent game. Something fun to distract you, but not something to think overly much about.

This review is based on a Steam code provided to SideQuesting by the publisher.