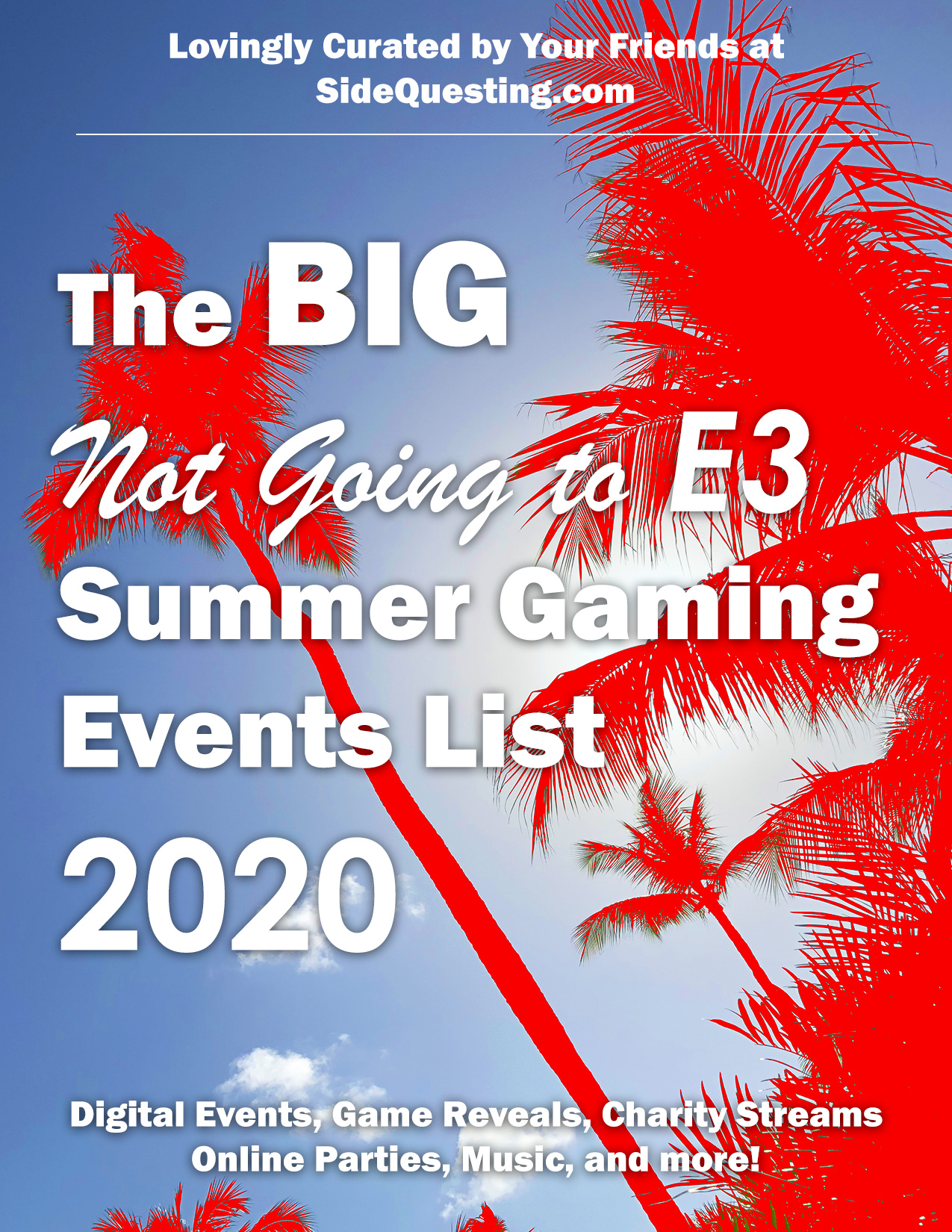 With a lot of things happening this week, it’s fitting that several gaming events that were scheduled to take place have had their dates shifted.

Rightfully so. Now is not the time.

Here are the changes:

If you’re looking for an UPDATE LIST of all of the events, reminder that SideQuesting still has you covered with the biggest. Click here for our BIG NOT GOING TO E3 2020 SUMMER GAMING EVENT LIST.