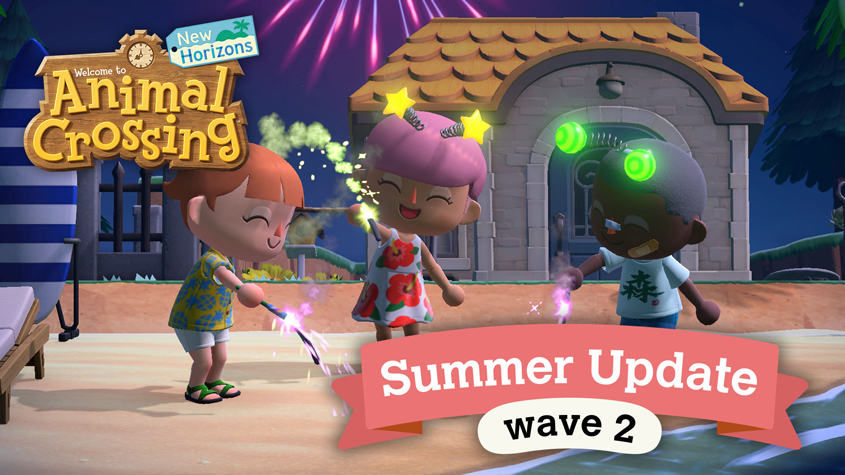 Animal Crossing New Horizons has been growing in desired content with every update since launch. The previous version added activities like swimming and diving, and now we’re about to get possibly the biggest additions yet.

Starting July 30, the game will add weekly fireworks displays every Sunday in August, and allow players to get raffle tickets from character Redd to get special prizes. Players will even be able to have their own designs appear as fireworks.

Dreaming is back, after being a success in the 3DS iteration. Players will be able to doze off and visit the islands of others, without being able to do significant damage, that is. Think of it as sort of a way to see an island but not mess anything up. On the 3DS this led to inventive interactions, like haunted towns and escape rooms. All of this is done by uploading & sharing your island with a code.

Finally, the biggest news is perhaps that owners of the game will now be able to back up and restore their island, should something terrible happen to the console (lost, stolen or damaged). The owner will not need to have Nintendo Switch Online service to do it, either, as long as players make sure to turn on backups. Later in the year, the ability to transfer to newly-purchased consoles will become available.