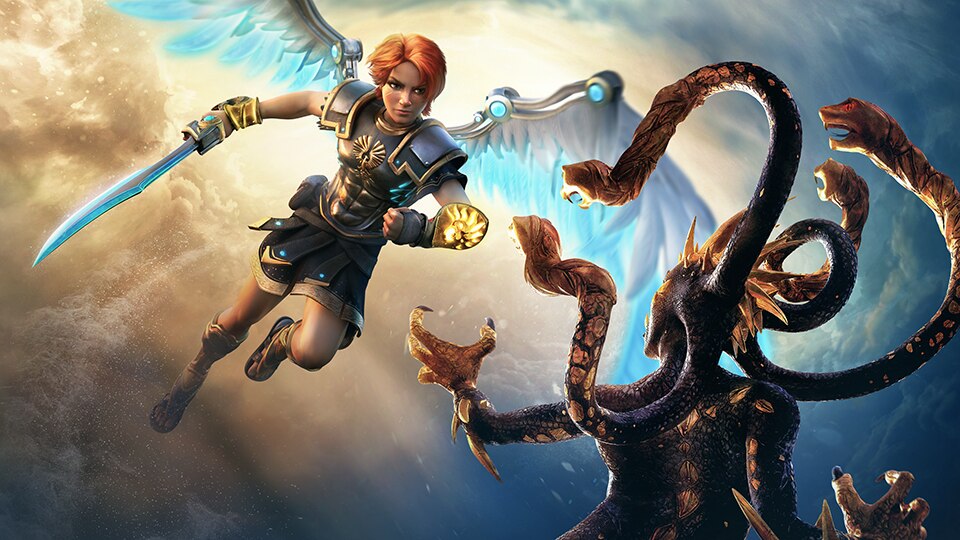 Take on the Greek Gods in the new Ubisoft game

Ubisoft has finally fully revealed the once-named Gods & Monsters as Immortals: Fenyx Rising during its Ubisoft Forward event today. The game features Fenyx, a heroine who has mysteriously appeared on an island, and her quest to take down the mythological monsters and beasts (and gods!) of ancient Greece. Upon waking up, Fenyx meets Hermes, one of the last remaining gods, as she is revealed to be the hero of a prophecy.

Fenyx will explore the world, battles enemies, unlocks abilities and weapons, and players can customize their hero with a variety of appearance options.