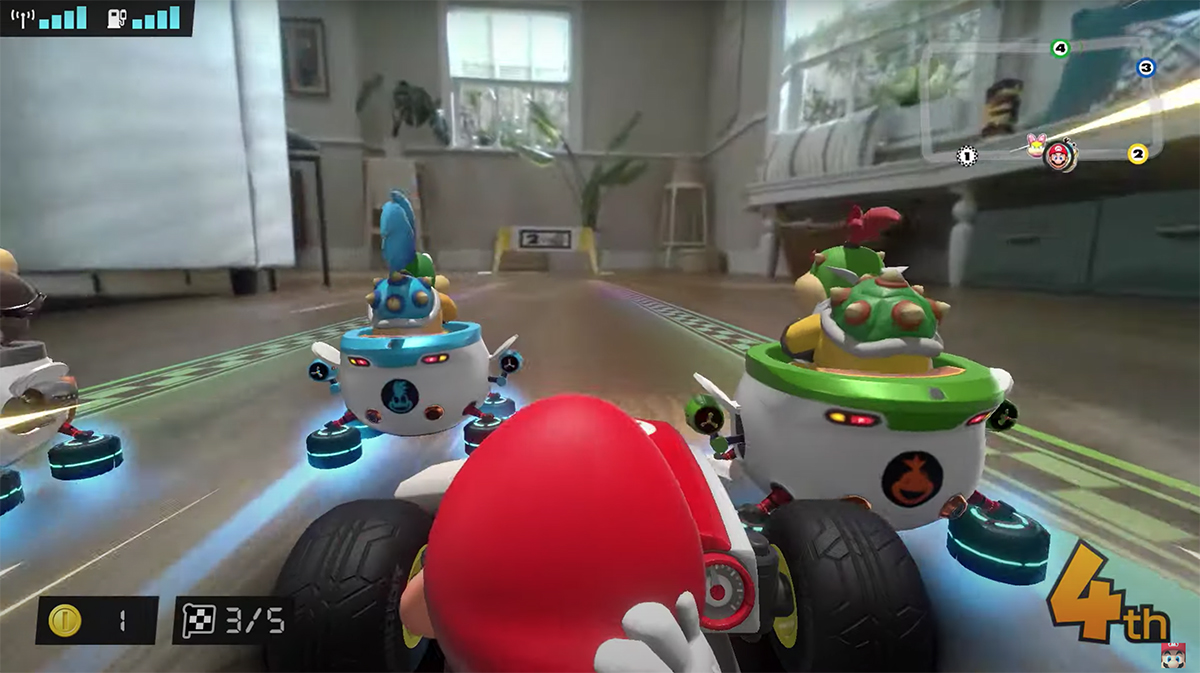 Build tracks and play in real life with new game

As if Nintendo’s love affair with physical objects wasn’t obvious, the NEXT thing they’re going to make us all buy is Mario Kart themed. Mario Kart Live: Home Circuit is an augmented reality racing game that features an RC-car with a camera mounted on it. The camera feed is sent to a corresponding Nintendo Switch system, which can control the car’s movements. Much like the LABO and Ring Fit, physical pieces accompany the collection, as players can arrange gates around the floor of their house to create their own courses.

Players will go up against typical Mario Kart racers, launch bananas and shells, and compete for wins. If they get hit by an opponent’s weapons, then their RC car will stall out for a moment. The augmented reality track appears on the Switch as an actual course with boundaries, even though your basement floor might just have cracked cement and cobwebs.

Multiplayer is an option as well, as second players can be added with the addition of Luigi’s RC cart. Maybe even more down the line — who knows!