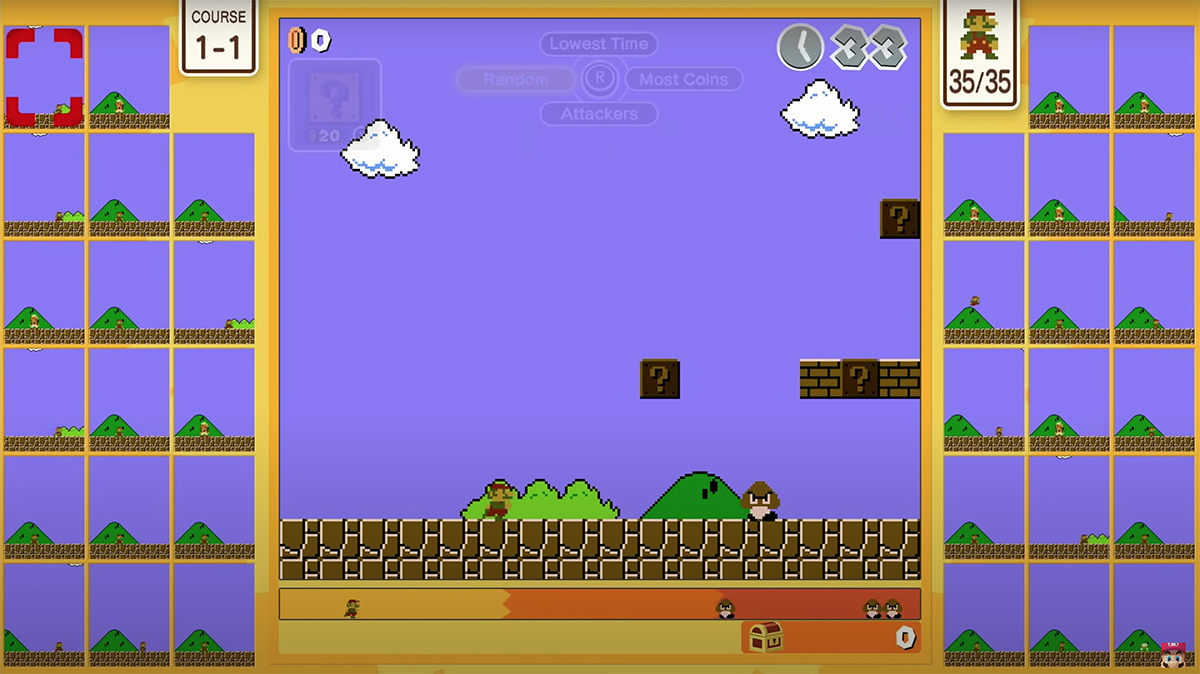 Chaos in the Mushroom Kingdom with Mario, Mario, and Mario

As players run through classic Super Mario-themed levels, enemies that are defeated will appear in other players’ courses. An “Item Roulette” will let players get a power-up, and selectable game strategies will let players determine who to send their defeated enemies to, from high attackers to the players with the most coins.

Super Mario Bros 35 will be exclusive to Nintendo Switch Online members and will launch October 1, 2020. Surprisingly, it will only be available for play until March 31, 2021, after which it will seemingly be retired.