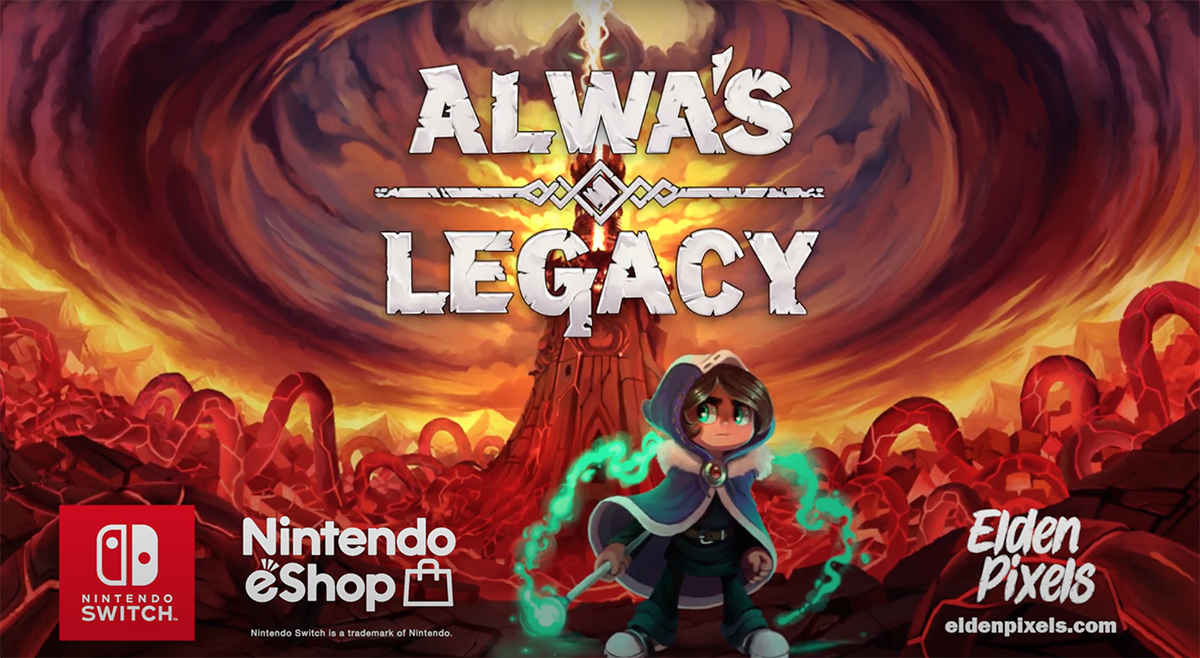 A light-hearted exploration adventure that conjures the best of nostalgia

This is how good I remember NES games being. Alwa’s Legacy, a sort of sequel/reimagining of the original Alwa’s Awakening, doesn’t just take direct gameplay from classic titles, it aims to evoke the best of nostalgia instead. We look back fondly on the games of our childhood, but they actually weren’t always that accessible to joy. Alwa’s Legacy is joyful, and its nostalgic, and it works on almost every level. And it just feels good.

The game doesn’t hide the fact that it’s a 2D Metroidvania, hell bent on asking us to traverse an ever expanding map by backtracking and unlocking different tools or weapons or spells for the main character, Zoe. That’s completely fine — it’s become one of the genres du jour, and they’re all over the Switch. But, how do you stand out amongst that sea? You make sure that you execute. Alwa’s Legacy executes.

The first thing we notice is the visual style. The developers mimic late NES/early Super NES aesthetics, mixing easy-to-understand foregrounds and platforms with exquisite hand-painted pixelated backdrops. It’s interesting to see the juxtaposition of 90-degree blocks and geometric shapes in the forefront with the swirling water and fluffy clouds in the back. Legacy looks good in handheld mode and on my TV set, but I vastly prefer playing this kind of game while sitting on the couch and watching a show. There’s something about Metroidvanias that just seem perfect on a smaller screen. Thankfully, the game runs well and smoothly. I didn’t notice any major hiccups or framerate drops, and the audio was clean and unobtrusive. I wasn’t floored by the soundtrack, to be honest, but that’s not an indictment; I was just to engrossed in the game to notice it much.

Gameplay and performance are incredibly important to the experience here, as platforming is precise and pixel-managing is tight. Yes, I found myself tapping closer to an edge before jumping on more than one occasion. The physics feel good, and Zoe’s jumping and traversing have the right amount of weight. It’s difficult to exactly explain that in writing, because it’s a subjective thing to many depending on what they’re looking to get out of a platformer, but for myself it felt like it wasn’t overly floaty or heavy, and that I could accurately predict where my jumps and falls were going to land.

Zoe’s story is fairly predictable: she awakens alone in a strange land, suffering from amnesia. The other people she meets think they know her, or someone like her, and offer up advice, tying in threads to the previous game in the series. That’s easy enough to follow, but it’s just about the only level of explanation we have in the game for whatever we have to do next. It’s not always super clear if we should go out looking for more spells, or hit up a specific dungeon. In fact, the only real issue I have with the game is that not quite enough of it is explained, sometimes leading me to go back to sections of the map over and over again until I notice something different, or something feels like it’s changed. The map is so massive, but teleporters help take some of the scale away. That’s a small gripe, though, as the exploration aspect is what I really loved most. There’s so much unknown about the map that as I traveled around it activated inherent probing skills, like throwing stuff at walls to reveal hidden paths, or breaking into areas that seem to be accidental. This was something that I loved about games in the Eighties & early Nineties.

I couldn’t help but feel that I’ve played Alwa’s Legacy before, even though I haven’t. That’s a testament to the care that the studio placed in developing it as an homage to the era, while making sure enough modern touches and gameplay advancements were there to let it be much more bearable. There’s a great renaissance taking place in video games where developers are focusing on the positive aspects and experiences of our nostalgia, and Alwa’s Legacy may definitely be at the front of that movement.

This review is based on a Nintendo Switch eShop code sent to SideQuesting by the publisher.