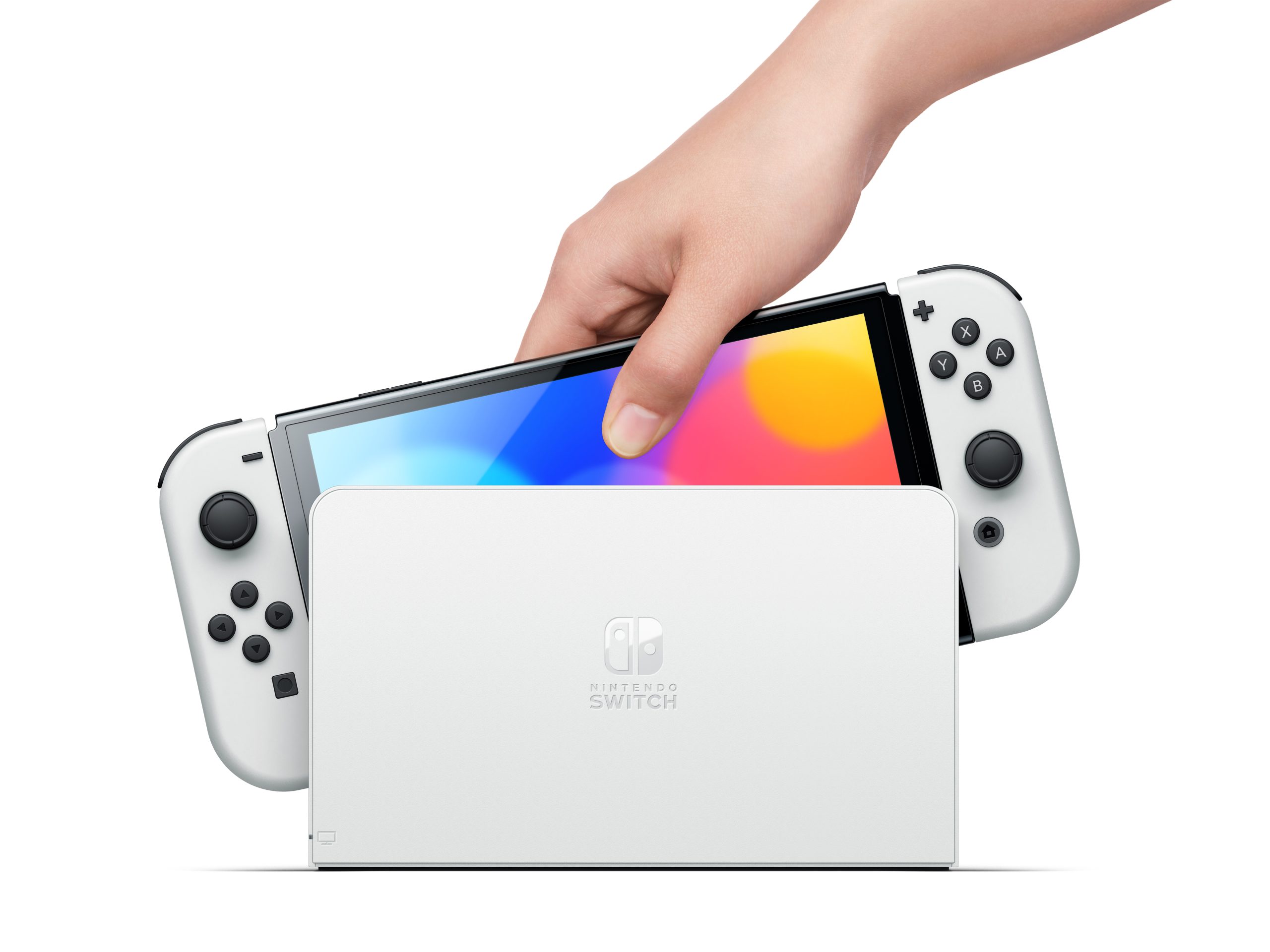 And how does the Breath of the Wild sequel fit into these plans?

Earlier today, Nintendo announced their next variation of the Switch. The OLED model will sport a bigger, better screen and a more versatile dock. That’s essentially it, but many are let down as to why it doesn’t include all of the bells and whistles that they were led to believe were on the way thanks to the countless articles and social media spins that popped up over the last two years. “We were told there was going to be more!” seems to be the big response. Were things on track until recently? Are the insiders way off? Did the news snowball out of control?

The reality is likely more mundane, however.

Nintendo still considers itself a toy company, at least from an ideological standpoint. It creates both hardware and software that it makes profits from, whereas Microsoft and Sony push the consoles as hubs for software sales and licenses. Nintendo wants you to buy several consoles and accessories. The DS and 3DS were set up that way, and the Wii survived on its quirkiness and lower cost. The Wii U was a failure from that standpoint because it didn’t do anything really all that well from (except for some absolutely stellar games and social features). With the Switch, Nintendo realizes that it has a console that can be sold several times to the same customers and families, over and over again, like it did with its legacy in portables.

Nintendo launched the original Switch in 2017, then two years in 2019 later it birthed the Switch Lite. A downgraded console, it sold for $100 less than its bigger sister but offered more access to the solo gamer and especially for older kids, a growing market who skipped the 3DS era because of the lack of modern style games.

The previous rumors and reports noted a slew of ideas, including DLSS upscaling to 4K and a sort of “hyper” dock. These were even talked about as recently as May 27th, when the Switch Pro was purportedly set to be revealed prior to E3. While these seem far-fetched now, they may not have been that far off from what was planned. It’s very likely that Nintendo absolutely wanted to launch an upgraded device this year to sell to consumers, but maybe couldn’t hit the technical goals that it had in mind.

The global component shortage is affecting every hardware company, including Microsoft and Sony, whose console shipments have been greatly impacted. Nintendo has been hit as well, although not quite as hard. The chips it uses for the Switch are much older, and the supply is generally more plentiful. If it were to utilize a whole new chipset to get to that DLSS upscaling, it would have delayed the launch to next year or severely impacted the initial supply at retail. OLED screen supply is still plentiful, however. Cutting out the graphic upscaling features while retaining the bigger screen would still let the company release a new device this year to meet its shipping targets. Releasing the console would prolong the current Switch family’s sales life for a while longer, until the component shortage eases. It would allow for more consoles on store shelves during the holiday season as a selling point, especially when its upcoming slate for the end of this year may not have Zelda or Mario powerhouses.

Nintendo’s decision to go from the true Switch Pro to a more pared down Switch OLED may have taken place as far back as late last year, when the shortage was first throwing stock for electronics out of whack. The supply chain of accessory manufacturers may still have been working with specs for the correct size of the Switch OLED, but the insides are now different, and the flow of information may likely have been a lot slower than many of us hoped. Nintendo needs to get a console out this year to keep the sales moving, so the OLED version is what we will get.

It’s a simple enough resolution, and one that keeps Nintendo’s platform wheels turning for the foreseeable future.

But, what about long-term?

The gaming schedule may be another hint at plans for Nintendo. It’s important to note that during its E3 2021 Direct, Nintendo revealed that it was targeting the Breath of the Wild sequel for 2022. The original launched alongside the Switch in 2017, so having the sequel launch with a new console would be a system-seller, especially if the visuals were better because of it. If the BOTW 2 isn’t hitting until 2022 at the earliest, could that be an indication of Nintendo’s plans for their true “Switch Pro” console as well? With this added time to stretch out the current console’s power, late 2022/early 2023 may be a better timeframe for the next new Switch — and likely going all in with a proper successor would be the better direction. In other words, why focus on a Switch Pro, which has nominal improvements on a quickly aging chipset, than to jump to a true Switch 2? BOTW 2 and a proper Switch successor may be more fruitful from a sales standpoint if they were in closer proximity, and new chipsets can kick off a next generation of the console, which would set it at the 6 year lifeline that the Wii had to the Wii U.

In the run up to the launch of the Switch OLED, we overhyped ourselves and fell victim to the YouTube and social media influencer spin that so very often gets out of control. Nintendo itself never revealed any note about the product beforehand, as it was the typical churn of the Internet that fueled the fervor. For all intents and purposes, the OLED model fits fine within Nintendo’s lineup. The Switch Lite for kids, the OG Switch for families, and the OLED Switch for those of us who are starting to move up from our original consoles. The new variant will likely aim to have owners purchase their second (or third) Switch, handing down the previous iterations. Now, if Nintendo can weather these next few months of casual releases and smaller scale games (2D Metroids and WarioWares) then it will need bigger products for 2022, something it hopes will sustain the sales of the up-step console.