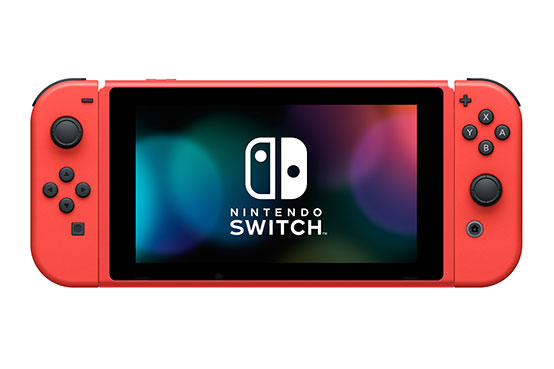 And I want it to be true.

Listen, we don’t do a habit of posting rumors, especially something with as little depth as this. The preface to this article should basically be “This is just a joke, relax, calm down, it’s not happening, enjoy your lunch hour, there’s nothing to see at 11PM tonight.” And frankly, I’m inclined to really think that’s the way it’s going to go. Nothing, Air, Poof. A ruse.

I’m no expert, and I’m not “in the know” on these particular plans from Nintendo — we’re all just playing a game of CLUE right now. And we’re all throwing wild expectations for what could (or likely ISN’T) coming. And it’s fun. It’s ENGAGEMENT (copyright tm 2021) on the SOCIALS.

But then again, that damned drum beat sure is deafening.

Is the Super Nintendo Switch+ Pro Advance (sorry, the Swiiitch) going to be announced soon…? Like, TODAY? The rumors are building from people who are typically in the know.

Earlier today, we reported on the report (ha!) that the Switch Pro was imminent. The console could come this year, with a reveal set before E3 so that developers could show off their more powerful Switch games and ports. Now, that “before E3” could be by the end of the weekend. Nintendo has yet to announce their E3 Direct date, but a lead-up Switch pro announcement would do the trick (which is why the Pokemon news dropped out of nowhere yesterday).

Our friends Tiffany Treadmore and Dov Grey (formerly the tag team under the Hot Girl moniker) are mentioning the following:

They’ve been right, A LOT, about Nintendo’s plans in the past, and many of their tidbits have aligned to what we’ve heard as well.

Others who have mentioned it (in now since-deleted tweets) also brought the news for today, but the replies from industry folks may be a bit more than playful. Here’s a good thread about some of the comments:

Typically, you’d announce the teaser news before a long weekend, as that’s when focus is still in front of computers instead of drinking beers on a holiday.

OR ALL OF THIS COULD BE WAY OFF. And we may never get a Switch Pro. And all of our hopes are dashed.

But don’t stop tweeting about it, friends. Just have fun with it. It’s not happening, but HAVE FUN AND TWEET ABOUT NINTENDO RIGHT NOW. I think we’re all okay getting our hopes up, since that’s what the last 15 months have been.

Metroid Prime 4 tonight? Sure. Metroid Prime Trilogy? Why not. Mario Odyssey 2? Hell yeah. Breath of the Wild 2. Fuck it, Mario Kart 9 as well. Why not? SWITCH ADVANCE WARS? Let’s go all the way.