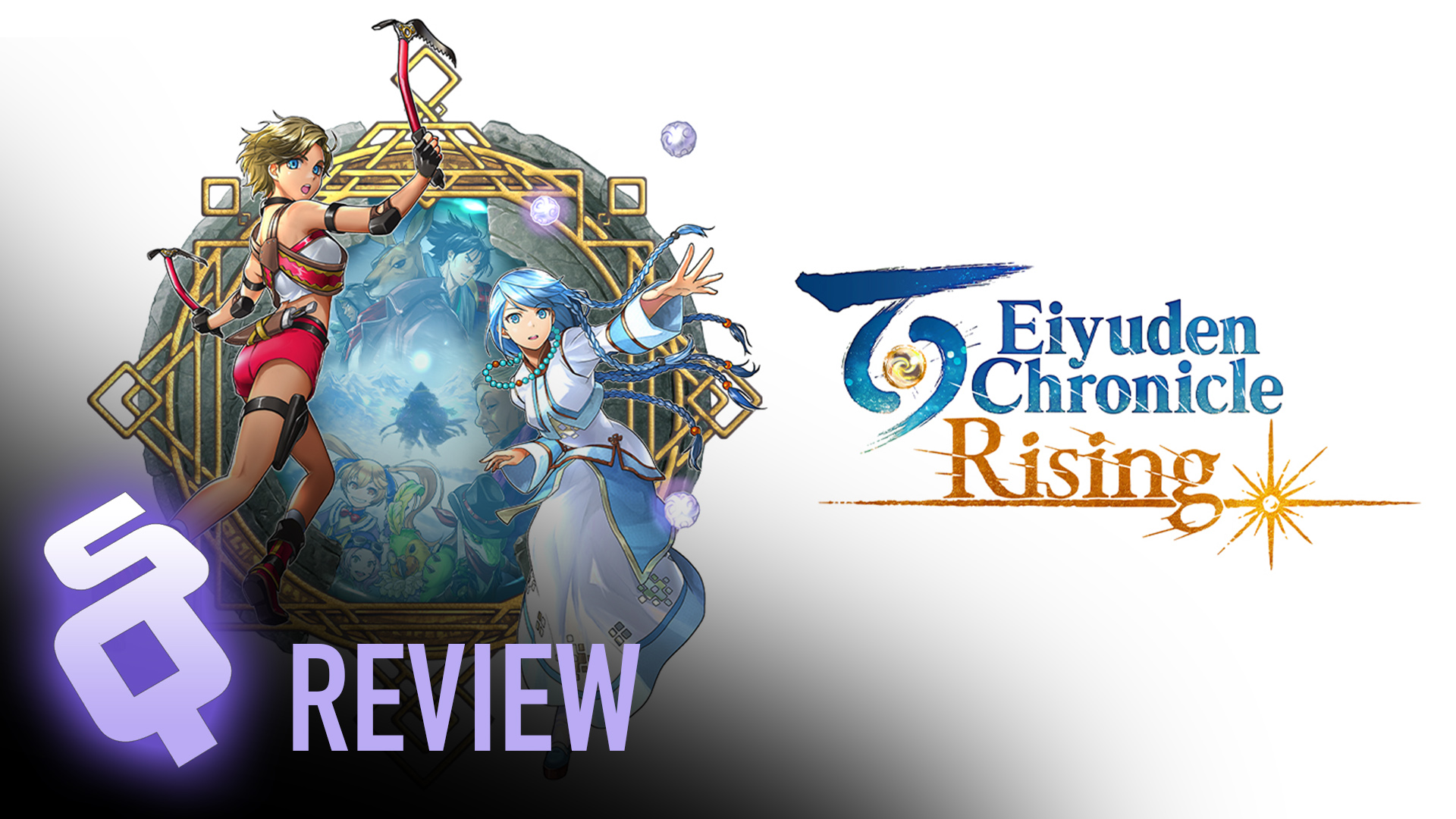 Eiyuden Chronicle: Rising is a game nobody was expecting but fits a pattern created lately by many kickstarted projects when they become successful: Once backed up, the developers have been producing extended works to expand the momentum and life of their franchises, each with various amounts of success. Rising serves as a precursor and sort of prologue related to what is going to happen in the main game, Eiyuden Chronicle: Hundred Heroes.

When the announcement that Rabbit & Bear Studios was founded by members of the original team that created one of the most revered RPGs of the PS1 era, the Suikoden series, the crowd went wild – including me, as I have a very strong memory of both games from that time, especially of the second installment.

It puts tremendous pressure on the team to deliver a spiritual successor that measures up to the magnitude of those memories. This is precisely the key moment and big message that Rising delivers, but first let’s talk about what makes this entry unique from the game that it’s preceding.

Rising is a 2.5D Action RPG with some specific twists made to the gameplay to keep it fresh. Gone is the turn-based combat and random encounters; for the most part we will be fighting oour way using skills, spells and jumping through the environments.

The main character is CJ, a 16-year-old girl that comes from a family of Scavengers. As a rite of passage she must go on a journey in search of treasure that will give credibility to her scavenging skills. To achieve that, she travels to New Nevaeh, a town she heard that might have some to be found. There is where we will start most of our adventures and what we will call home for the 20 or so hours that the game will take to complete.

Because, as I quickly found out, the town won’t let us go chasing for treasure unless we have an adventurer license, a license that is worth 100k in currency that we initially have none of. That’s where the rapacious acting mayor has a plan, for us and anyone seeking to obtain the pricey credentials. We’re given a card that, should we manage to fill up with the right stamps, will act as proof that we are qualified to receive the proper treatment as an adventurer and access to the quarry where the supposed treasures lie in.

These are the opening moments of Rising and what sets up what we will do throughout the game, as to get those valuable stamps we have to help the town and its residents, desperate to receive some assistance in saving what is left of it.

At first, it was only me doing some simple tasks like finding a stray kitty for a little girl or fetching some wood to fix a hom. Combat starts simple, but as we progress we grow both our abilities and our party members, and soon enough I was delivering chain combos and mixing element runes that will help both in offense and defense and to open new paths in search of treasure or what is needed by the townsfolk.

The combat is quick, has a flow to it and rapidly lets us find our favorite combinations for every type of encounter. It works in a way that is never too complicated but just enough to keep it entertaining, like a good old beat ’em up. Now, the quests for the most part also follow a very structured path and once we  get the hang of it, we make light work of them, helping the game never feel overwhelming, but always agile. Anyone familiar with the Kanban concept will giggle in joy.

In turn this is what makes Rising both good and not that good. That will depend on our tastes. We have a very predictable and very manageable way to do things and keep things moving forward, we will never be lost, we will never have to guess what is next, and we will never feel underpowered or miss anything about the tasks we have to do to make our town flourish. But also, it will never make us feel like there is a world to explore or a place we need to go back to because we might have missed something. It is the definition of how modern gaming gives you all the tools, all the time, to complete a task in the most efficient way and all I need to do is learn to make use of them. There is no ambiguity.

The themes touched in the game and with the characters are nothing new but they’re well done. Friendship, purpose, hardship, loyalty and the fruits of working hard. But there’s one key message that Rising gave me, the player, either intentionally or not, and what may be a strong statement in these times, which is to manage expectations.

In the end Rising is a good, small adventure that might prove even more valuable as the main game in the series comes to the hands of the players. It both helps develop its world and lore, presenting us with many of what could or could not be important characters in Hundred Heroes, building up many key elements that will show up and that we won’t have to guess why they are there.

Rising is full of beautiful character art and a very colorful world that once we pick up won’t be easy to put down. Thanks to its flow, simplicity and a well written though tad predictable story and cast of characters, it’s very suitable for an enjoyable weekend of play, and is indeed a classic made game brought up to modern standards.

Is Eiyuden the successor to Suikoden? That is hard to say yet, but Rising certainly stands on its own.

This review is based on an Xbox code for the game sent to SideQuesting by the publisher.

If you are struggling with money there is a pot in a very easy to reach and early place at the Quarry that will give you 500 coins every time, so a few quick rounds will fill your pockets in no time for some early upgrades should you need them.

You will find some hard-to-reach places where you will find some chests with useful upgrades, and the trick to reach them early is to use CJ doing a Jump, Up attack, Jump and Up attack sequence. Later on in the game the addition of a dash at the end will make it easier.

Some of the best things in the game are game wide buffs obtained from certain items or parlors that won’t go away unless you sleep. You can only have one of them from each place, but they do stack so make use of them before you start your adventures as often as you can. My suggestion is to always have the EXP boost, because it’ll help get you OP early.

The same can be said with accessory buffs. They stack, so if you need to fish, make sure you equip a character with 2 of them to make the fishing mini-game a one button matter.