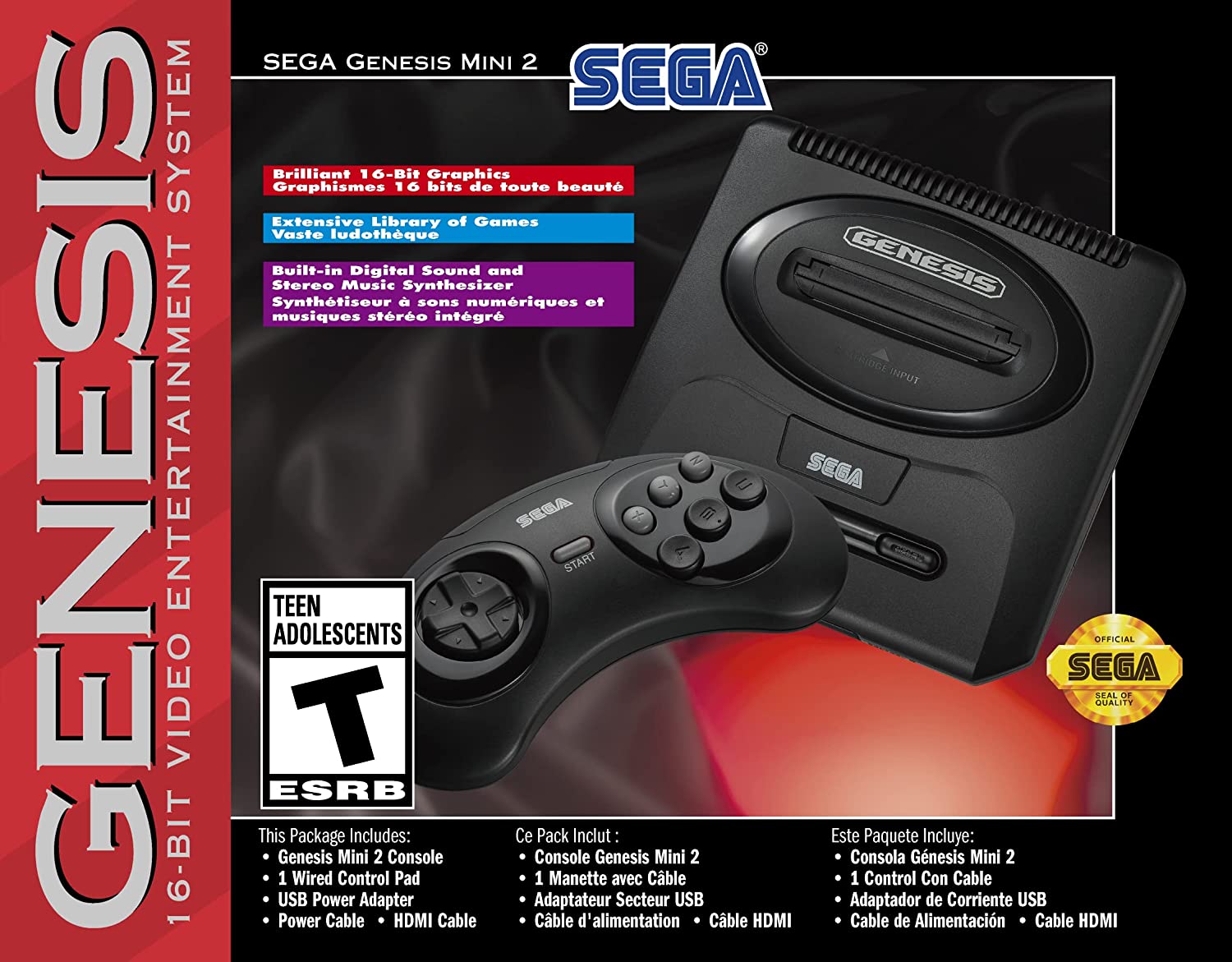 Officially confirmed to come to the US’s best scalpers

It was just a month ago that the Genesis Mini 2 was revealed and we were wondering if it would get a Western launch. Well, SEGA loves money, and scalpers love these kinds of products, so the company has announced that the consoles is indeed coming West.

SEGA revealed the news after the company’s own Amazon account accidentally listed the product for sale in the US, prompting the company to scramble and hit the PUBLISH button on the video above. It’s still in an unsearchable state, so you can tell the whole reveal was abrupt.

Anyhoo, the device is the successor to the original (excellent) Genesis Mini, this time featuring a bunch of SEGA CD games alongside some of the Genesis sequels that we didn’t get the first time around.

SEGA has been slow-dripping the game reveals on their Japanese account, but the device itself is exactly what you think it is: another mini console. It comes with one controller, and HDMI cord, and a power cord, but that’s all we need to know. Frankly, I’m surprised it’s still available on Amazon for preorder (it weirdly shows the Japanese product on the American store until the US version is officially listed) but perhaps the scalpers have already gobbled up the majority of the preorders anyways.

The SEGA Genesis Mini arrives in the US exclusively on Amazon on October 27th.