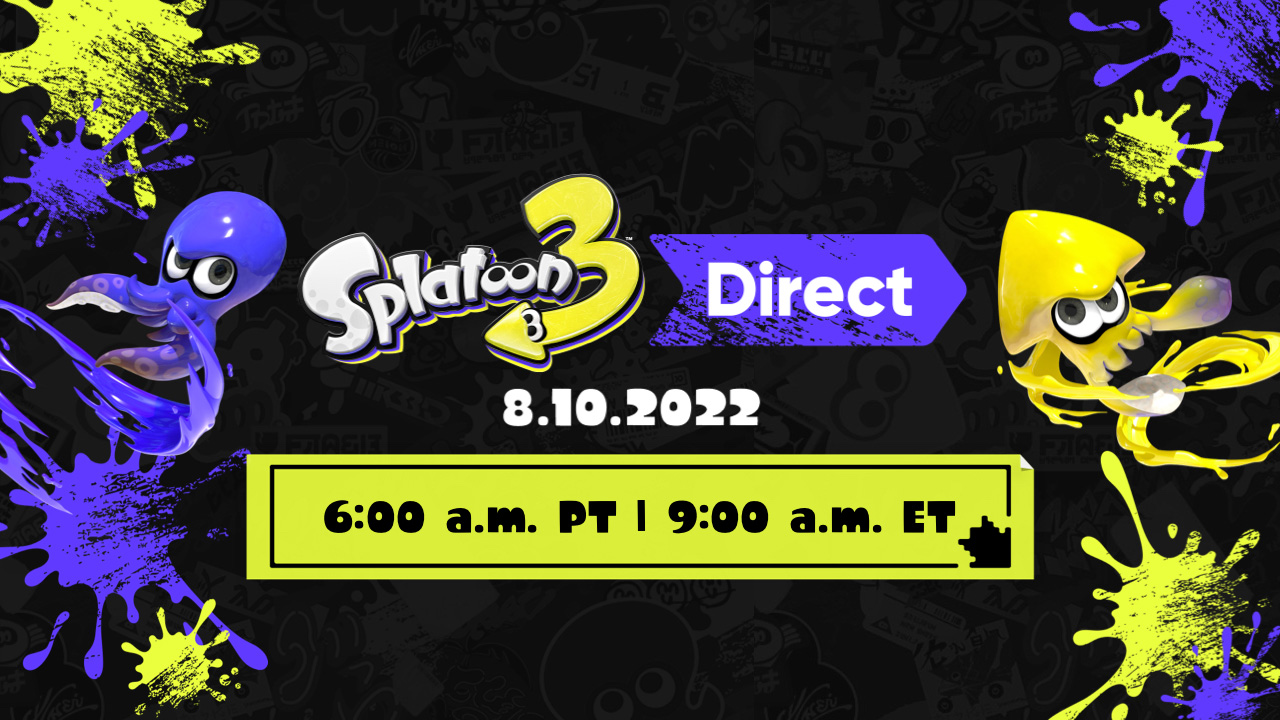 Unless you’re Taylor and Zach and hate nice things

Nintendo has finally revealed a Splatoon 3-focused Nintendo Direct is on the way.

Splatoon, the charming, fantastic shooter series that Nintendo has been releasing since way back in the Wii U days, continues to sell well, over 5 years after its last release. It’s one of Nintendo’s top tier gaming properties, alongside Zelda and Mario and Animal Crossing and (now) Xenoblade.

With Splatoon 3 on the way (pushed from July to September) info has been pretty lite on what exactly is new this time around. Splat 2 brought us the fun Salmon Run, alongside a gacha system and app integration, new weapons, characters, etc. Splatoon 3 is rumored to include brand new modes, a bigger single player experience, and more character customization.

It looks to be a chonky Direct, sitting at 30 minutes, and should provide a lot of great info for the millions and millions and trillions of fans that really love this fun, enjoyable, happy game.

UNLESS YOU’RE SIDEQUESTING’S TAYLOR BLISS AND ZACH QUEST. They hate it. They hate it to their core. Their black, cold, charcoal souls. Evil. They’re pure evil! Why don’t they like nice things?! WHY.

Find them in our Discord and feel free to tell them to touch video game grass, and also agree with them that Xenoblade is probably good.

The rest of us who *do* like nice things and happiness and joy will be tuning in on Wednesday at 9AM ET/6AM PT to find out what’s in store for us when the game launches soon.