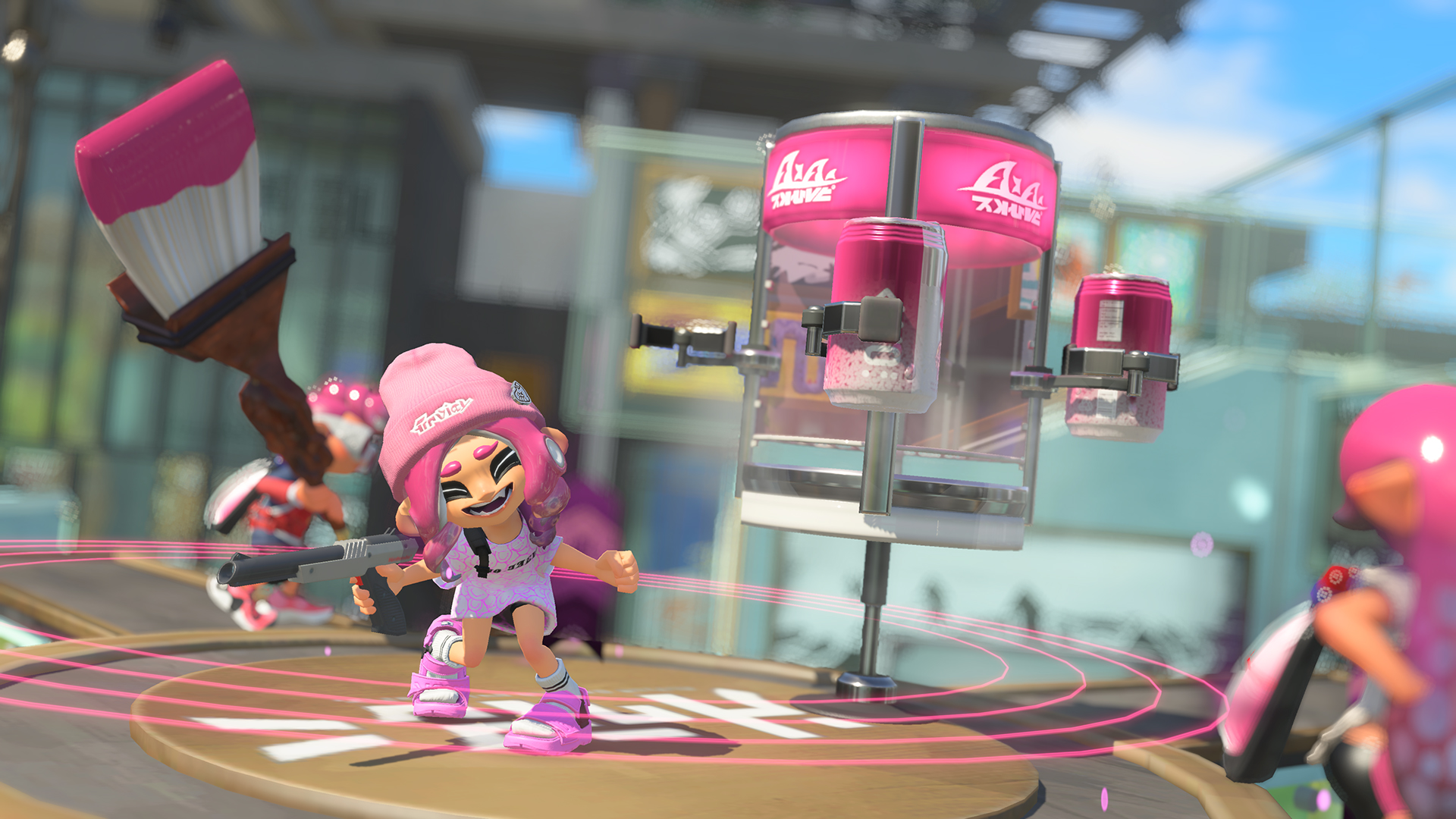 During its big Splatoon 3 Direct today, Nintendo revealed a kaiju fish-ton of information about the upcoming game.

The biggest change to the overall game may be to its updated Splatfests, which will now include THREE teams. As players select their side, they’ll face off against one of the other teams in a traditional 4v4 match. As the first round of matches completes, the battles move into a 4v2v2 three team affair as the leading team must take on attacks from both sides of stage, hoping to ink as much turf as possible. One of the issues with Splatfests in Splatoon 1 and 2 was how one-sided they would get, as they were overwhelmingly based on win ratio rather than actual battle play. This new 2 round system looks like it might level the field much more.

In terms of actual battles new weapons and accessories make appearances, including a bow and Splatana sword. However, the bigger news may actually be the quality of life gameplay tweaks, as players will now be able to leap backwards out of ink for quick turnarounds, and surge upward on the sides of obstacles instead of needing top hop. This will improve the pace of the matches, and even add new layers of accessibility.

The game looks to really emphasize the social experience around multiplayer. It’s enhancing the messaging system with more ways to write and draw comments. It’s adding lockers for the first time as a way to show off favorite gear, accessories and style, and even make some new friends, with SplashTags and levels of customization as a central theme. In the pre-match lobby, players can try out weapons in a makeshift test zone, even playing alongside hologram-like versions of their friends. This lets players not only watch how their buddies are taking on areas, but also lets them jump into a match as its taking place. The lobby will even be a place to watch videos and highlights of matches from different player vantage points.

Splatoon has always had some kind of minigame in it, whether it’s built into a loading screen (in Splatoon 1) or as a music rhythm diversion (Splatoon 2). Splatoon 3 brings a much more dedicated minigame, named Tableturf Battle. This deck builder simulates color splatting turf wars in an almost Tetris-like way, having players collect cards that have different layouts, colors, and items on them that can affect the stage. With over 150 cards to collect at launch, the multiplayer game could become yet another time sink alongside the Turf Wars, Anarchy Battles (ranked battles), Splatfests, and Salmon Run.

That’s if, to say, that players don’t fall victim to the actual single-player campaign that’s built into the game. As noted in previous trailers, the mysterious Mammalians are making their way back, and covering the Octarians in a furry goo. YUCK. For real. Players will control the new Agent 3 as they interface with the plot and the brand new musical team, The Deep Cut Trio, made of up Shiver, Frye, and Big Man. Big, giant DLC is also planned, the company announced, likely on the scale of Splat 2’s Octo Expansion — or maybe even bigger.

Finally, the first SplatFest (Rock, Paper, Scissors) is coming August 27th, and it’ll essentially be an online beta test for the game ahead of its September 9th launch.