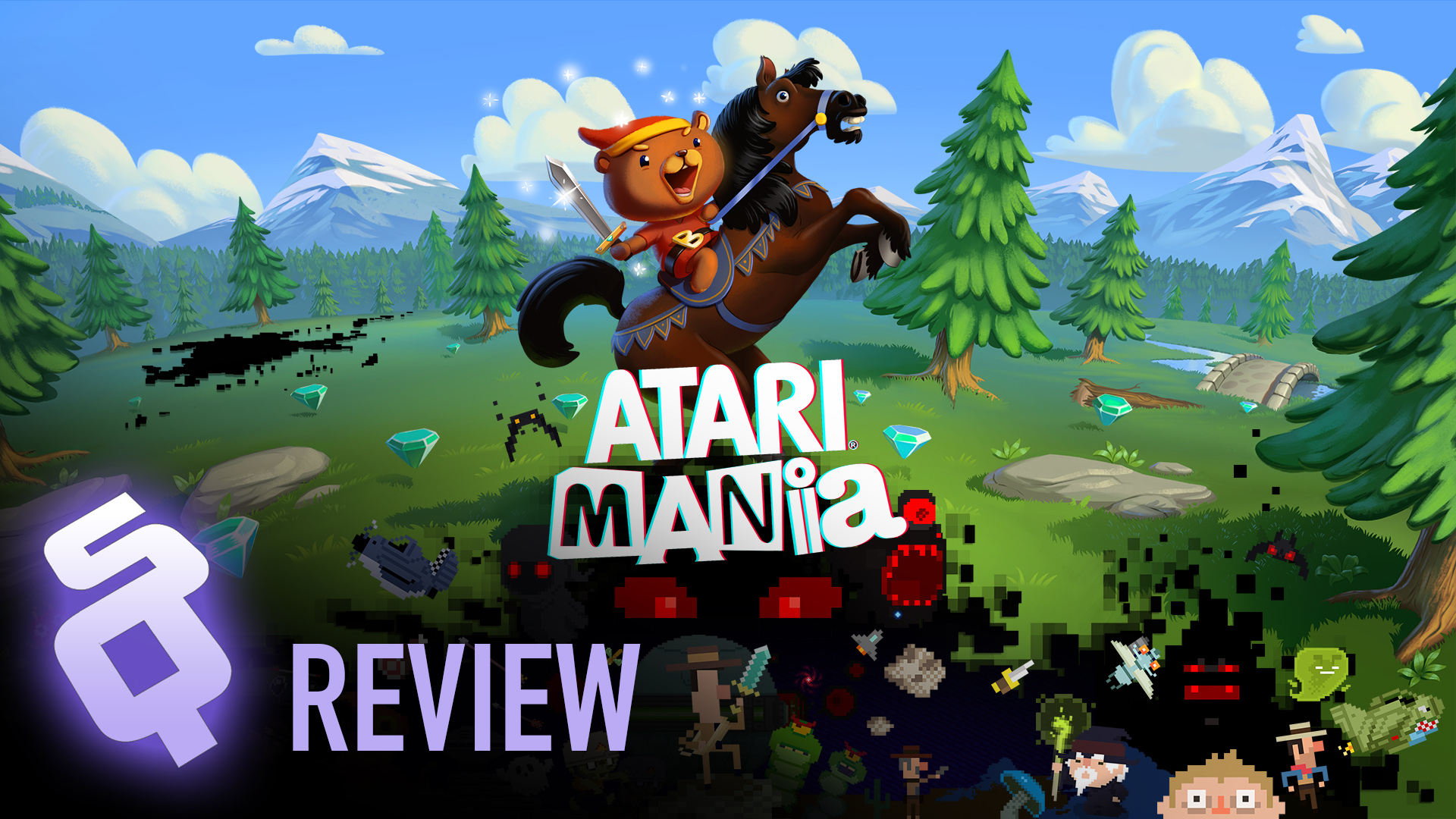 Whatcha gonna do when Atari Mania runs a rubix cube into an egg shaped hole?

Look. We’re all friends here. You can trust me. I’ve talked to you about a dozen or more classic or classic-inspired games. Atari games hold a special place to most of us in their own way, especially arcade and 2600 games from the late 70s and early 80s. The company is celebrating its 50th anniversary and one of its opening salvos is a Warioware-esque collection of nightmares. And I’m going to steer you away.

I’m not saying it’s a BAD game per se. It’s definitely crafted with love and admiration for the history of the arcade giant and a founding father of console gaming. The problem is that you are putting together an entire compilation revolving around a bunch of games that have no business being remixed together (and were barely functional on their original console) and have no business being thrust into the genres they don’t belong in. Breakout is good, even on the 2600. You can handle the sluggishness because everything is sluggish. But Breakout is not a good Centipede game and you never really fully anticipate what they’ve done to these games until it’s too late.

In Warioware, every game is distinct and stands out. You may not know what the game is right away, but one playthrough and you have it. Here the developers reuse every asset and sometimes even on the same board, so when the game starts unless you immediately recognize the red and green zones on the “Ready Screen” it could be anything. And everything. Because in this collection, it’s never one thing but a remix of stuff that doesn’t fit seemingly anywhere.

This review is based on a Nintendo Switch eShop code sent to SideQuesting by the publisher. It originally appeared on the October 10th episode of The SideQuest. Logo, images, & game video courtesy Atari.