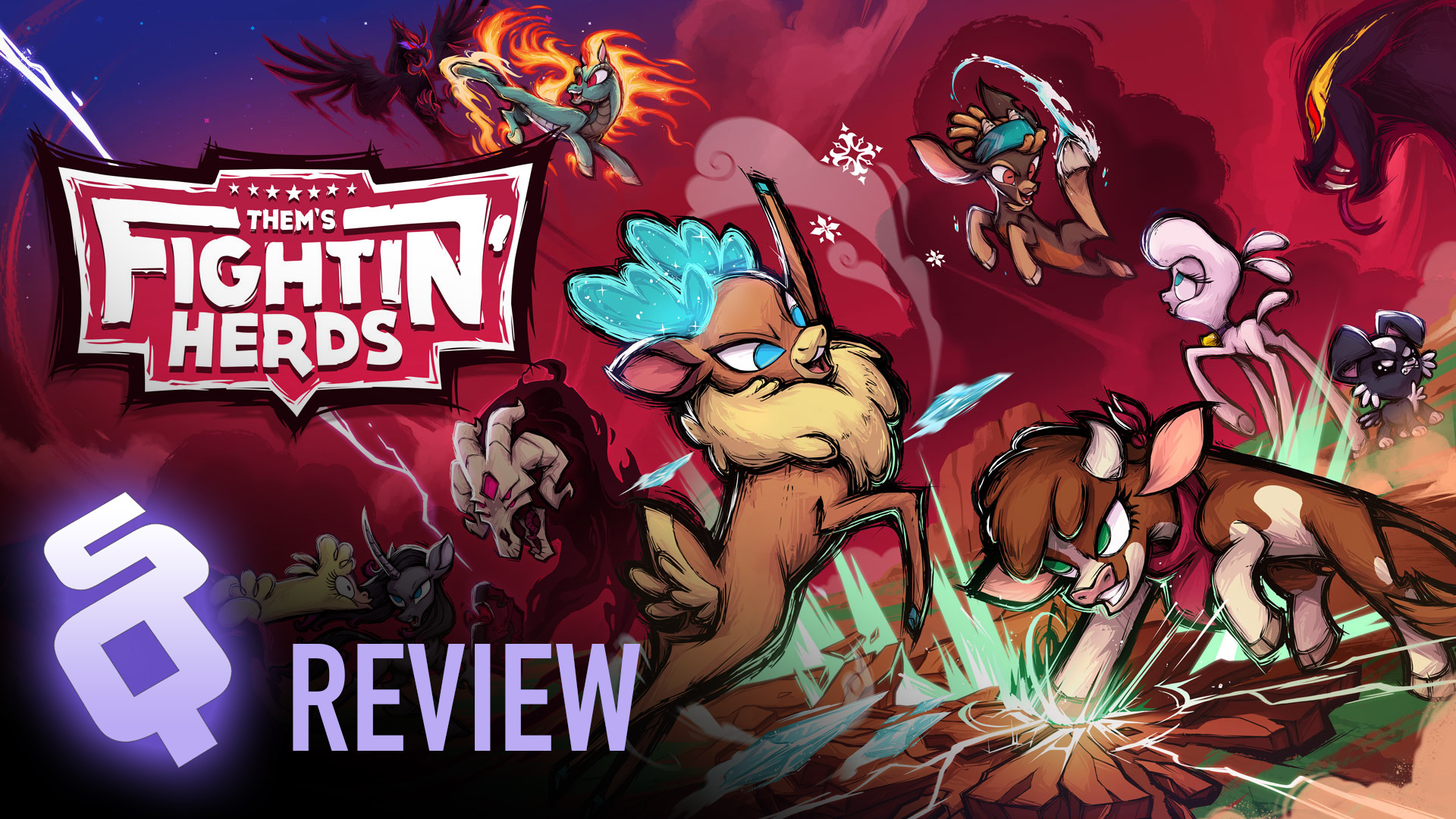 The incredibly solid fighting experience wrapped in a cute aesthetic finally hits its 1.0 launch and lands on consoles.

There’s been a resurgence of fighting games in the last few years, with developers trying not only classic formulas but also mixing genre and IP like ingredients in salad recipes. Sometimes they’re so-so, sure, but sometimes they end up being very delicious.

Them’s Fightin’ Herds is one of the delicious ones.

While the food analogy may be a little, uh, weird, understand that this game was originally based on a My Little Pony fan project that (due to Hasbro) had to change all of the ponies into other animals, like cows, alpaca, and deer. Herd animals that are often eaten! (Whew, there, I recovered). Anyhoo, the actual ingredients of the fighter — tight controls, great visuals, and interesting character design — combine to help make it stand out. When compared to some big AAA games the absence of a true combo or specials system might seem lacking, but the fights really are enjoyable, and the online infrastructure (on the Xbox where it was tested) is swift and strong.

And while the stable (!) of combatants may not be huge, there’s an entire single player adventure built in. And it’s good! The mode’s plot focuses on exploration around the world of the game using an overhead viewpoint much like a 16- or 32-bit RPG complete with nostalgia-inspired visuals. At certain points we engage with other in-game fighters, take on NPCs like wolves or shadows, encounter 2v1 battles, and more, and learn to use our movesets by avoiding obstacles in 2D sections, like jumping over ravines or using a whip. It’s a great way to teach us how to play, and yet is a fun experience on its own.

Though the game came out in Early Acces a looooong time ago, the evolution, additions, and adjustments throughout its development process have finally culminated in a game that probably shouldn’t be passed up.

This Review is based on an XBox code provided by the publisher to SideQuesting. It originally appeared on the October 24th episode of The SideQuest.