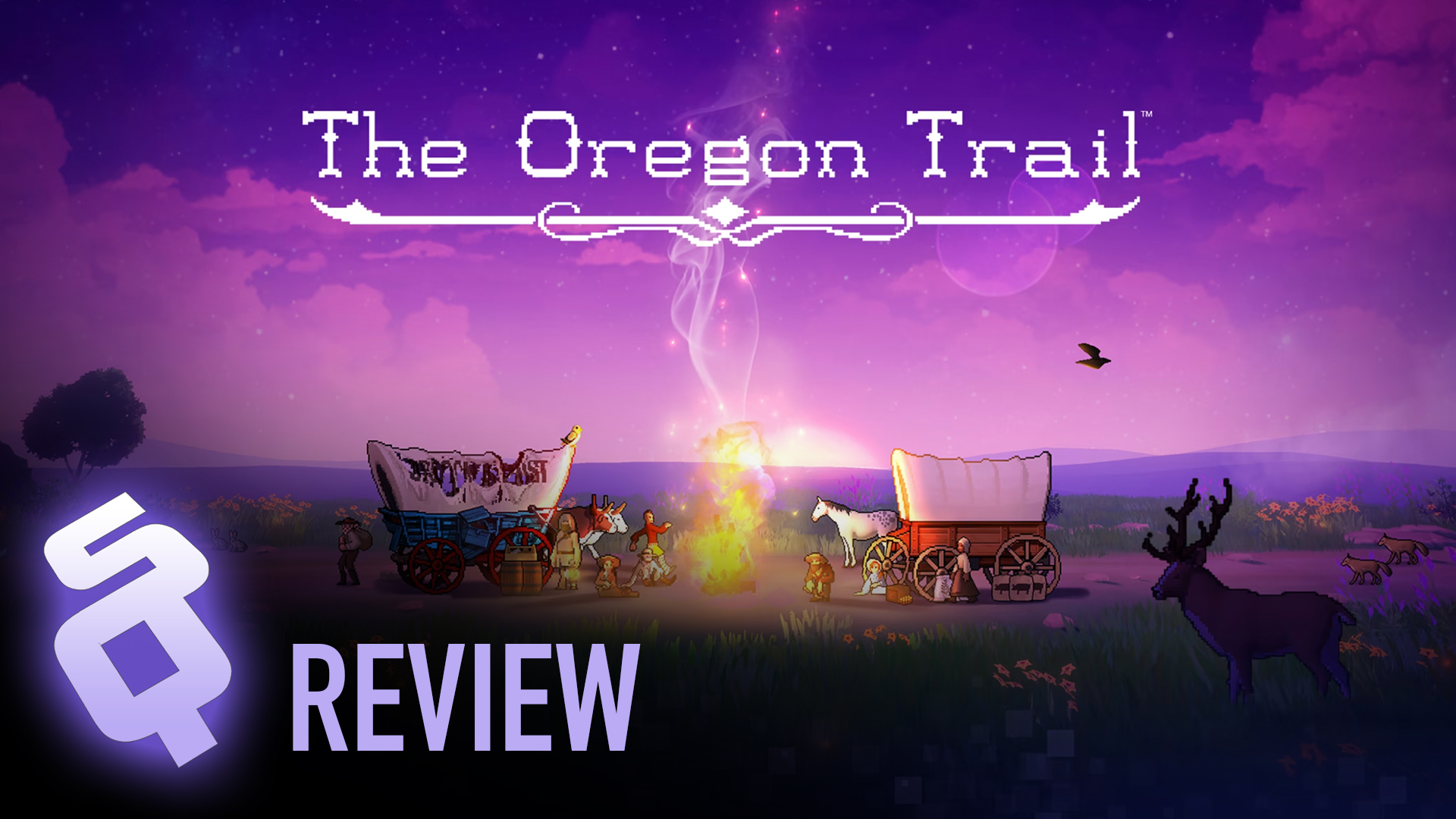 This is your grandfather’s (still good) video game

I first remember playing Oregon Trail on one of the Apple II GS systems in our elementary school’s brand new computer lab. At that time it felt like we were living in the future; we had computers! In a classroom! With color screens and these things called mice attached to them! In the mid-Eighties! In between the lessons about how to navigate a desktop and how to type on a keyboard, we would be given the opportunity to play Oregon Trail as a treat. I was immediately hooked on this weird, storytelling proto-roguelite management sim, and would push to finish my daily work faster so that I could play again in hopes of finally making it to Oregon. Though the game would pop up here and there, I never really had a chance to really play it again and time moved on.

Flash forward to over 35(!) years later and suddenly I’m out in the wilderness again with a horse and wagon and collection of travelers with Gameloft’s latest version of the game, and it feels both familiar and refreshing to play this modernized version of that formative classic.

This is, for all intents and purposes, the same game that we played back in the Seventies and Eighties, albeit with touches and quality of life improvements that bring it up to modern spec. This version initially launched in 2021 on Apple Arcade, fitting perfectly on mobile platforms, and the port to Nintendo’s Switch (and PC/Mac) is smart — highly social platforms with massive installed user bases are what the game was originally made for. The Oregon Trail is edutainment and it’s always teaching us something, whether we know it or not. Along the way we learn about human suffering, of medicine, the history of innovation – and obviously about our country’s expansion into the West and the hardships that came along with it.

Those themes are as prevalent and important today as they were in the early days of gaming. That’s why the game’s general idea and direction still matter and still work.

Much like the original, this modernized version utilizes the same combination of simulation and resource management to convey those themes. It still focuses on simplicity in interaction – tap to select, buy, fix, heal, go to the next location, repeat. Although, for a game that’s coming over from Apple devices the lack of touch controls on the Switch (where handheld mode is the best way to play) is a little mind-boggling. The minimal action revolves around the (very basic) hunting sequences in which we point and shoot. The game is still 2D with right-to-left movement, and it pays homage to its legacy by mixing retro pixelated visuals with some nice, bloom-infused hand-drawn HD backgrounds. At first it comes off as if it’s trying too hard to capitalize on nostalgia, but the more we play the more the aesthetic becomes somewhat endearing and likeable.

The Oregon Trail has always been a game about choices, and it’s a balancing act in those choices. Do we want to get somewhere faster with high risk, or slower… also somehow with high risk? In the first few runs we don’t see the effects of our choices, but when they start coming in – permadeath, interpersonal issues, supplies – they really affect us. Did we screw up? Where did I mess up this time? What can I do better?

When we do try to do things better, the game will throw something new at us that upends our plans, like getting stuck in the mud just as we’re near a town, or having our wagon tip over and our supplies wash away in the water because we didn’t want to spend more time resting and healing up. And then there’s the also fact that we die, a lot. Or at least get dysentery. In this version they’ve even added some extra quests and weekly tasks along the way to get us to try doing things a little differently each run, dangling a carrot in front of us with rewards.

But, when we finally make it to our destination, when we finally hit Oregon, there’s an incredibly big sigh of relief that we let out, and a lot of patting on the back. Back in the Eighties it was a congratulatory moment in our computer lab. The news would ripple out from those sitting around the survivor, the classroom would be filled with “whoa!”, and the pride would spill over into recess as kids would come up to ask us how we did it. What did we survive with? Did everyone and everything make it?

Once we detailed out our exploits, the hard reality hit us: can we do BETTER next time?

That was always the hook of the original – doing better each run. And better, and better. There’s an end game, but no real “end game” until everything is perfect. And even then, it’s only perfect with whomever we’ve added to our team, so we want to come back again and again with a different mix. (Side note, always get that banker and angler.)

This is the Oregon Trail. It’s the same Oregon Trail you remember, even with the modern touches and capitalizing on nostalgia.. It hasn’t changed, but it doesn’t need to.

This review is based on a Nintendo eShop code sent to SideQuesting by the publisher. The video portion of this review first appeared on the November 14th episode of SideQuest. All images and video courtesy Gameloft.