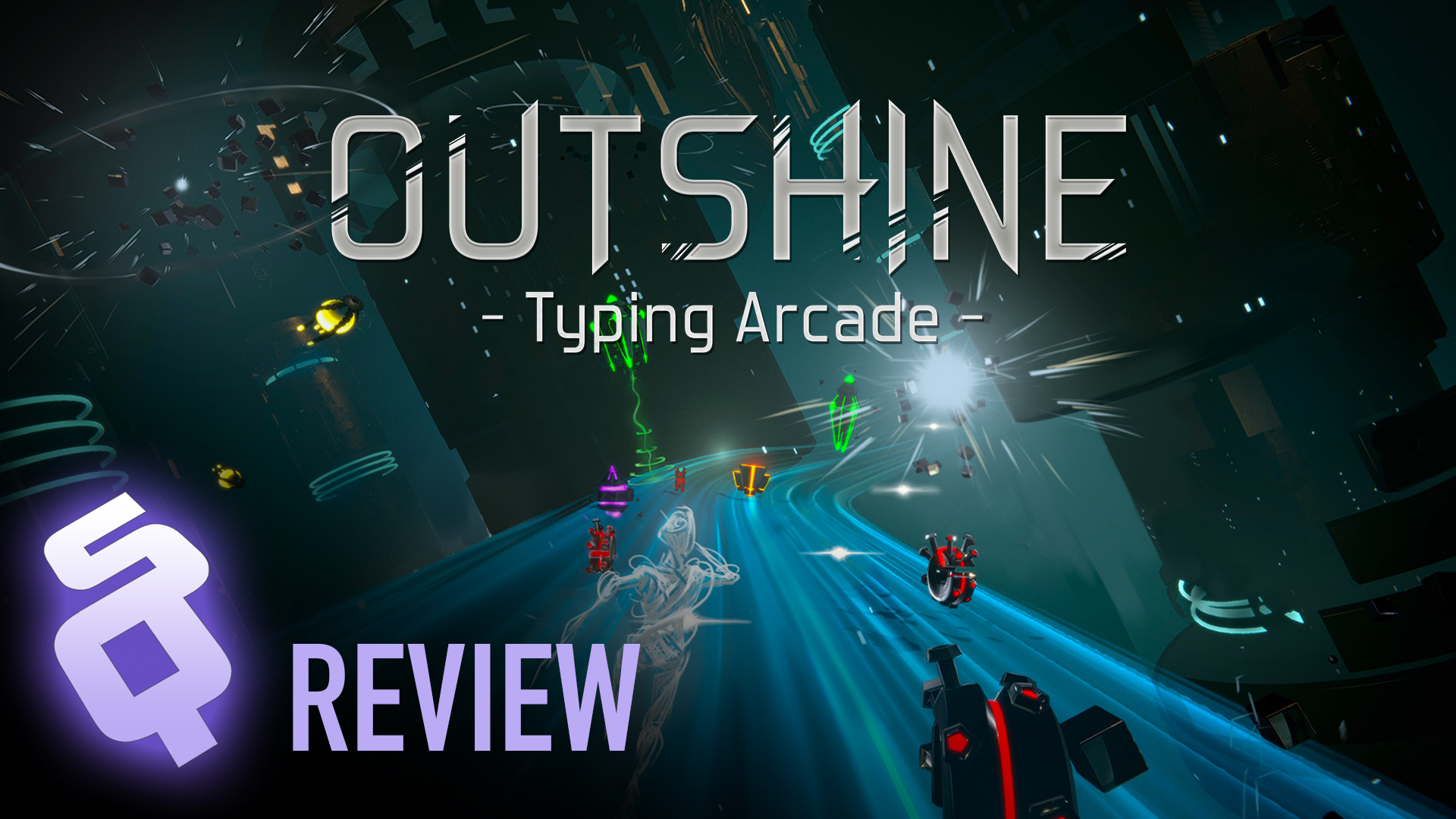 A fast-paced typing game that makes the classic genre proud

Typing games have gone by the wayside over the last few decades, as more and more people have moved to phones and voice-to-text, and the gaming genre seemingly died alongside it. Outshine, from developer Fishing Cactus, wants us to know that there’s still hectic magic in our keyboards, whether it’s for edutainment or not.

Outshine is a sort of score-based typing runner designed with aesthetic elements of neon futures like Tron and Rez, but instead of using our controllers to jump, avoid obstacles and shoot enemies we use our keyboards. It’s a simple idea, really: use a few keys and the spacebar to move left and right, type the word that comes up to defeat an enemy, and push forward. The hook is that there are A LOT of enemies, so we have to type quickly and accurately or our health will get depleted and we’ll get knocked out. With some added adjustments, like checkpoints, boss battles, shields, and bonuses, the game feels much more like modern runners that we’re used to and less like Mavis Beacon or Mario Teaches Typing.

The weirdness of the techno world that we’re in is kind of intriguing, too. The checkpoints drop us a bunch of lore set almost like poetry — it’s a little off the wall, but appreciated.

In the end, it’s just high scores. Combos keep us pushing scores, and the speed at which we type helps us pass enemies and bosses.

The developers are doing a good job of throwing a lot at us, but they secretly are training us to type better. It’s one of the better typing games we’ve played: it’s both designed well from a typing gameplay standpoint, and it looks good aesthetically. This is a typing game designed to be a typing game — it’s not created to make fun of nostalgia or be campy, it’s just an arcade game using typing as a mechanism instead of a joystick.

Outshine lets us feel like we’re playing a fun action arcade game that just so happens to be a typing game.

This Review is based on a Steam code provided by the publisher to SideQuesting. It originally appeared on the January 11th episode of The SideQuest. Images and video courtesy Fishing Cactus.